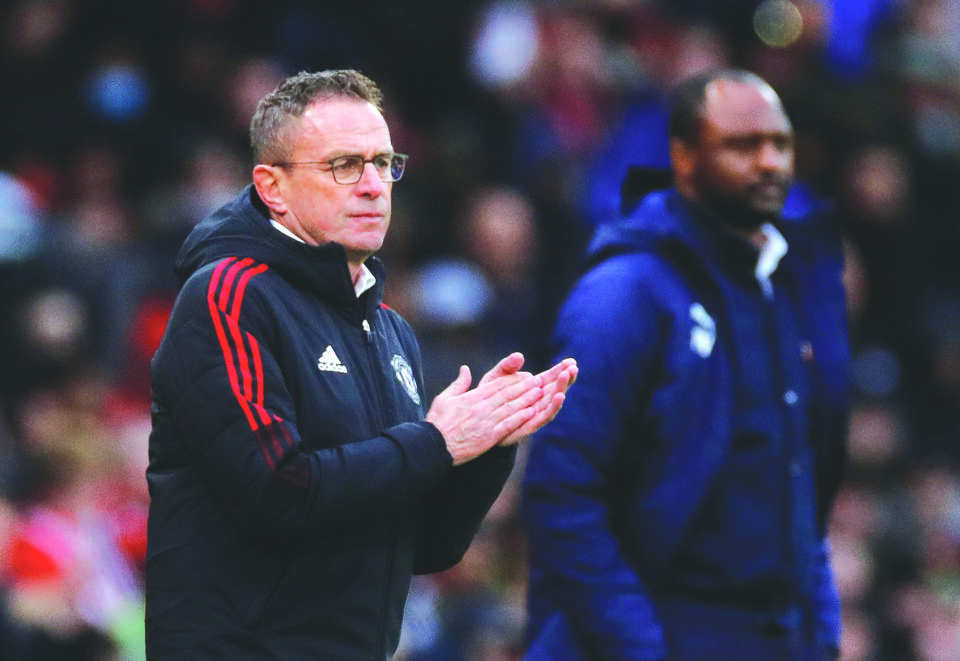 Manchester United interim boss Ralf Rangnick says it is not his job to convince Paul Pogba or any other player to stay at Old Trafford.

The midfielder’s future is, yet again, the subject of intense speculation with the player out of contract next summer.

Rangnick said Pogba was due to return to the UK from Dubai on Friday, where he undertook a warm-weather rehabilitation programme to recover from a thigh injury sustained on international duty with France in November.

Rangnick anticipates it will be another two weeks until Pogba can return to first-team training and then a further two weeks to reach the required level of intensity to play in his United system.

The 63-year-old German spoke to the French midfielder over the phone on Tuesday and hopes to meet him in person on Sunday, the day after United’s next Premier League match against Norwich.

He said he is looking forward to working with Pogba but said it was not his job – nor that of anyone else at the club – to convince any player of the merits of staying at United.

“Players have to want to stay and play for the club,” the former RB Leipzig coach said.

“This is such a massive club (with) such fantastic support, I don’t think that anyone in the club should then try to convince the player to stay.

“But on the other hand, let’s wait and see. I’ve spoken with him for 15 minutes over the phone a few days ago. Let’s have him come back, get fully fit, train with the team and then we will see where we stand (and) how the team has developed by then.

“He can be an important player, I’m fully aware of that, but this is true for all the other players that we have.

“I’m not only the coach of Paul Pogba once he’s fully fit, I’m also the coach of all the other players and my ambition is to make them better, to develop each individual player, and this is only possible by improving the performance of the whole team.”

Rangnick also said he had told team doctor Steve McNally and the head of rehabilitation and physiotherapy Robin Sadler that in future he did not want players to travel away from the club for treatment.

The German is set to make significant changes to the side who drew with Young Boys in a Champions League dead rubber on Wednesday night.

That line-up featured 11 changes from the team who took on and beat Crystal Palace last Sunday in Rangnick’s first official match in charge since the sacking of Ole Gunnar Solskjaer.

Rangnick said he had operated two training groups this week and that the players who featured against Palace had been rested on Tuesday as part of preparations for the Norwich match.

Right-back Aaron Wan-Bissaka, who came into the team on Wednesday night, is a doubt for Saturday’s squad after injuring his wrist and knee during the European match. Diogo Dalot is likely to return to the starting XI in his place.

Rangnick said Serbian midfielder Nemanja Matic was another “question mark” due to a cold, though he had tested negative for Covid-19.