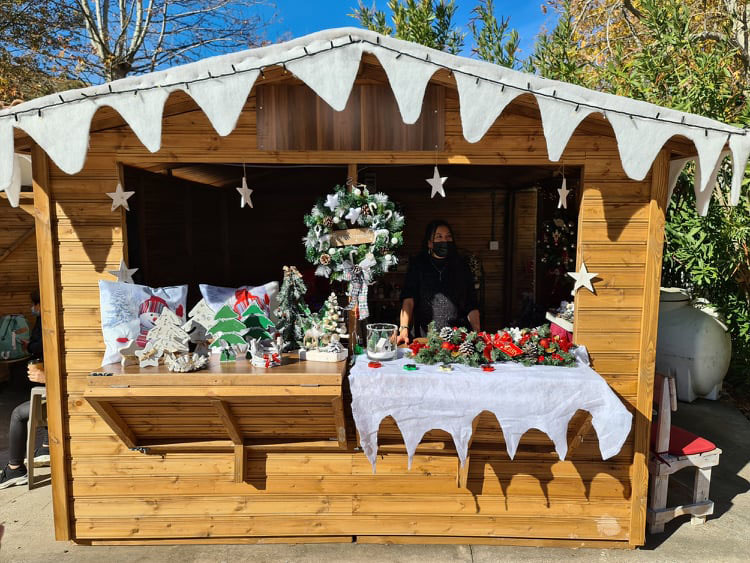 We have lost many things to Covid-19 over the last two years, including the festive spirit. Gina Agapiou visits some of the Christmas villages in the mountains in the hope of claiming it back

I was preparing for another Christmas quietly celebrating at home after the government announced the cancelation of festive events a few days ago citing an increased number of infections. But then just like a Christmas miracle, something new happened on the island.

Five rural communities, it was announced, would turn into Christmas villages for the holidays, and I just had to go and see so I headed out before noon on Friday eager to be among the first there as the Christmas villages opened their doors to visitors.

I set out from Nicosia but no matter from which point of the island you are coming from, the drive to the mountains is breath-taking. As my city eyes adjusted to the blue and green shades, I read the sign Welcome to Kakopetria.

It is obviously the beginning of the winter season as the last autumnal-coloured leaves have fallen from the trees and cover the ground. At a height of 667 metres, Kakopetria is the highest village of the Solea valley and in the coldest winter days might even get snow.

After I parked outside Ayios Panteleimon church, I walked towards the square with the sound of holiday music and carols broadcast from speakers put up for the occasion. I then spotted the first wooden Christmas houses/shops above the river. Each is decorated differently based on the taste of the shop owner, but they all have fake snow on the roof secured with fairy lights and most are decorated in line with the Christmas spirit.

Selling her own line of traditional sweets and offering me a homemade olive pie, Roda Iacovou said how happy she is to see people visiting her “beautiful village”. The Christmas villages initiative is part of efforts by the deputy ministry of tourism to invest in mountainous areas and increase winter tourism.

“We saw the opportunity and applied for a market stall,” 25-year-old Charalambos said, who was there with his friends cooking and selling sausages as a pilot run for his own restaurant in the area.

Tradition was the primary theme among the food stalls with many selling packaged nuts and dried fruits as well as other local foods including the crunchy honey, nuts and seeds dessert pastellaki. Further up, closer to the primary school, I found people selling Christmas decorations, and also potential Christmas gifts such as hand painted bags and dreamcatchers.

A woman dressed as a Christmas elf going into the booth right next to the school said all profits from the sales would be donated to students in need and to support stray dogs of the area. Her stall had low priced winter outwear, children’s books and different Christmas decorations.

The market also gives a platform to emerging artists or established creators who might not have a store of their own.

In nearby Agros seven wooden houses identical to those in Kakopetria were all gathered together.

There, I discovered the art of making jewellery using materials from nature. Apart from the valuable stones such as amethyst, Lygia Mozora has taught herself how to use seeds from fruits and trees that people generally throw away to make earthy and colourful accessories. Her prices start from €5 and people will have the opportunity to learn from her during some workshops at the end of the month.

I also found some lovely Italian jewellery imported by Riels Handy creations, the local brand that sponsors the Louis night show. Co-creator Agros-born Elena Kosiefta is also going to give workshops on how to make jewellery at the village.

Dozens of other workshops are also scheduled to take place in the other three Christmas villages of Platres, Kalopanayiotis and Kyperounta, which will only operate over the next few weekends.

However, other events such as plays and choirs had to be cancelled as the new coronavirus variant looms.

One mandate that I did not object to was wearing a face mask, the fabric mask also protected my face from the crisp air of the mountains.

As I left at almost 4pm the Christmas markets were supposed to be closing according to their weekday hours but many of them chose to remain open a while longer for the keen visitors.

Christmas villages are open until January 6 between 11am to 4pm on weekdays and until 6pm on weekends.

Cyprus’ broken balance sheets and the depletion of equity

Democracy in Europe Movement sets up office in Cyprus