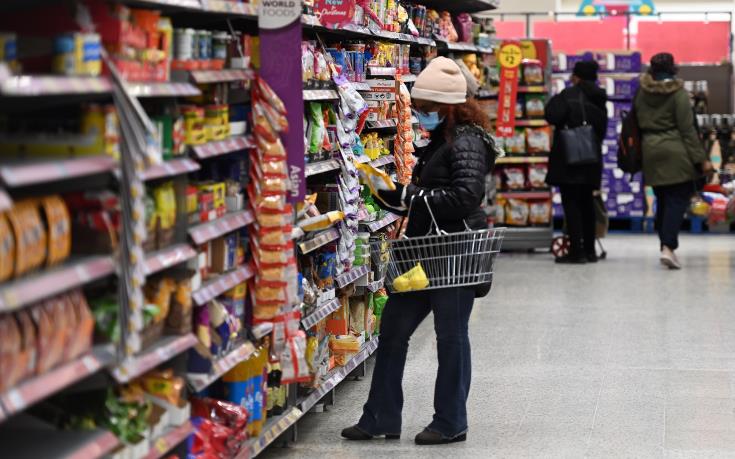 The burning issue of inflation was the subject of an online event held last Wednesday by the Cyprus Association of Economists (EOK) titled ‘Price Rises: Inflation Principle or Something Else?’.

According to the association, presenters of the online event included Antonis Ioannou, deputy director of Cyprus’ Consumer Protection Service, Mikis Hadjimichael, economist and former senior executive at the International Monetary Fund (IMF), where he worked for 28 years.

Economist Andreas Charalambous, who was the former Director of Economic Studies and EU Affairs at the Ministry of Finance, was also among those presenting at the event.

The event was coordinated by a member of the board and economist Marios Clerides.

During his presentation, Ioannou said that the current situation should be evaluated in a rational way and the most appropriate national strategies should be drawn up, in order to achieve the fastest and greatest possible recovery from the dire effects of the pandemic.

For his part, Mikis Hadjimichael said that inflation levels in the US and the Eurozone, among other things, are attributed to the deep but short-lived recession associated with Covid, in supply-side bottlenecks due to the high demand for goods, low stock levels and the unprecedented political response in both the EU and the US.

Hadjimichael added that additional factors include the immediate monetary policy response from both the Federal Reserve and the European Central Bank(ECB), quantitative easing (QE) and zero policy rates, liquidity support in the money market and other central banks, as well as expansionary fiscal policy, support for private income and employment, as well as the support to private businesses through loans and government guarantees.

On whether these policies were appropriate or not, Hadjimichael said that everyone agrees that the incentives were necessary and decisive for achieving such a rapid recovery from the recession caused by the pandemic, adding that there are both benefits and drawbacks to the response.

On the one hand, Hadjimichael explained, the measures were good for growth, but the excess liquidity caused excessive increases in asset prices and allowed for the possibility of a sharp correction in stock prices, while at the same time keeping bank deposit rates and bond yields low.

“Overall, the fiscal and monetary stimulus was appropriate both in the European Union and the United States, but a tightening of monetary policy is now needed in the US and soon in the EU,” he said.

In his own presentation, Andreas Charalambous said that the upward trend in inflation has lasted longer than initially forecasted, with inflation in the EU being considered temporary, while there is a big question mark on how it will be handled in the US.

Changes in the macroeconomic environment require adjustment, he said, adding that there is a continuing uncertainty that requires a flexible approach and adaptability.

As far as Cyprus is concerned, Charalambous concluded by saying that the key issues are energy pricing, wage developments and competitiveness.

Are parents criminally responsible for the actions of their child?