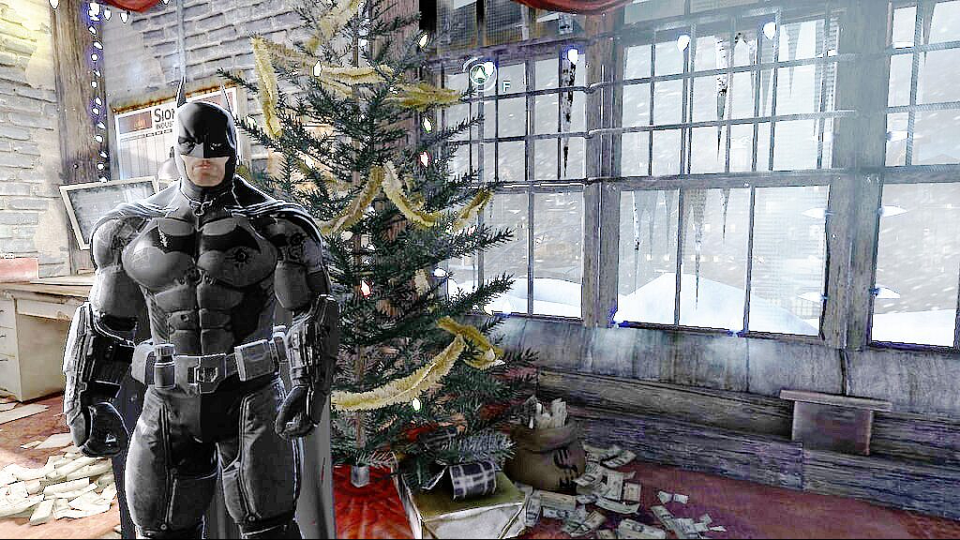 Batman: Arkham Origins is considered by many gamers to be the definitive Christmas game, although, like the 1998 action classic Die Hard, it did not strive to earn that title, rather it had it bestowed upon itself due to the enjoyment it brought its audience, as well as its setting and design aesthetics.

While it did not receive the critical acclaim its sibling games managed to earn, with its 74 per cent Metacritic score paling in comparison to Arkham Asylum (91 per cent), Arkham City (96 per cent in its PS3 version) or Arkham Knight (87 per cent in its PS4 version), Arkham Origins still managed to cement itself as a classic Christmas game.

The game’s story takes place eight years before the monstrously influential Arkham Asylum, the game which kicked off the entire series, with main character Batman in his second year as the caped crusader. Skilled and experienced, yes, but far from the seasoned veteran hero we encounter in later games.

Arkham Origins kicks off on Christmas Eve when a snow-covered Gotham City is disrupted after eight professional assassins try to kill Batman to collect a $50 million bounty placed on his head by the villain Black Mask.

The game’s creative director Eric Holmes said that the Christmas setting serves as a way to highlight the contrast between what is supposed to be a happy time of the year with the gloomy, jagged scenery of Gotham City.

The way the development team achieved this juxtaposition came through such design choices as placing decorative Santa figures alongside Gothic stone statues and gargoyles, as well as by placing Christmas lights in dimly lit alleyways and secluded roads.

To further highlight the fact that your fight against crime takes place on Christmas Eve, later during the story, your loyal butler Alfred will call you during the game to remind that you that it is now in fact midnight, before telling you “Merry Christmas, sir”.

The aforementioned connection to Die Hard is far from accidental, since the game’s developers took that into account when designing the music score for the game, infusing the soundtrack with sleigh bells to accentuate certain dramatic moments during the story.

Moreover, Christmas, both in religious terms as well as in terms of the Winter solstice, symbolises rebirth, renewal, rising from the cold, barren winter.

So too Arkham Origins, with Batman’s arduous one-night defence of both himself and Gotham City finally affirming him as the city’s chosen protector, instilling fear in his enemies and earning the undying allegiance of his friends.

What you didn’t know about advent

In Christmas message, Archbishop tells faithful not to forget their fighting spirit