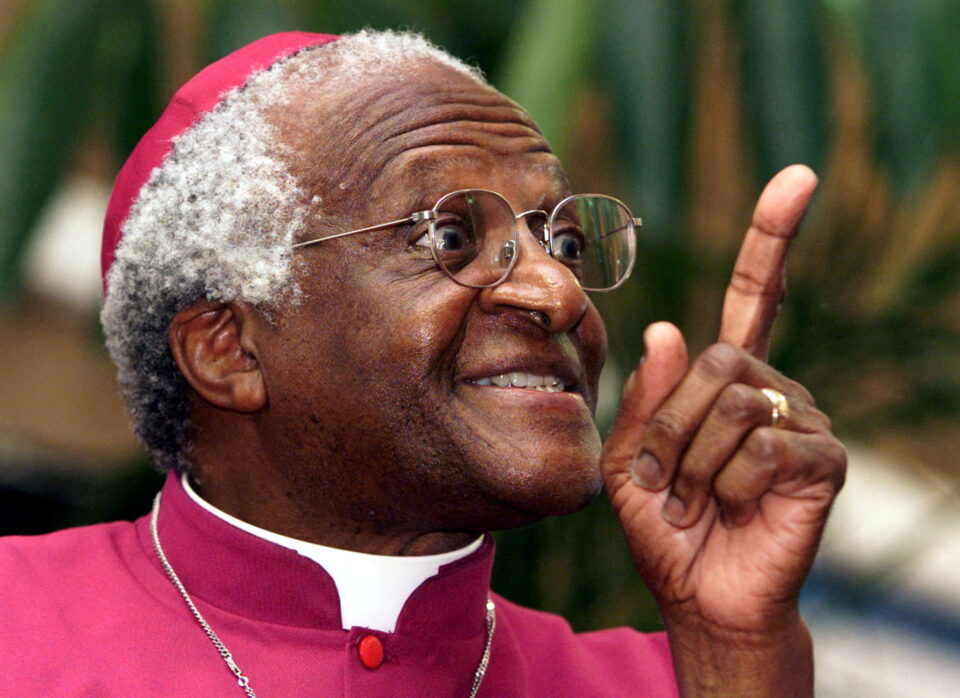 Following are some reactions to his death.

“The passing of Archbishop Emeritus Desmond Tutu is another chapter of bereavement in our nation’s farewell to a generation of outstanding South Africans who have bequeathed us a liberated South Africa.

“Desmond Tutu was a patriot without equal; a leader of principle and pragmatism who gave meaning to the biblical insight that faith without works is dead.”

“Desmond Tutu’s legacy is moral strength, moral courage and clarity. He felt with the people. In public and alone, he cried because he felt people’s pain. And he laughed – no, not just laughed, he cackled with delight when he shared their joy.”

“His contributions to struggles against injustice, locally and globally, are matched only by the depth of his thinking about the making of liberatory futures for human societies. He was an extraordinary human being. A thinker. A leader. A shepherd.”

“A true South African giant has left us today, but his spirit will live on in the everyday kindness we South Africans show each other, and in our continued effort to build a united, successful, non-racial South Africa for all … When we lost our way, he was the moral compass that brought us back.”

“Archbishop Desmond Tutu was a prophet and priest, a man of words and action – one who embodied the hope and joy that were the foundations of his life. Even in our profound sorrow we give thanks for a life so well lived. May he rest in peace and rise in glory.”

“The friendship and the spiritual bond between us was something we cherished.

“Archbishop Desmond Tutu was entirely dedicated to serving his brothers and sisters for the greater common good. He was a true humanitarian and a committed advocate of human rights.”

“A great little man who showed the power of reconciliation and forgiveness … Tutu’s point was that injustice and abuse must not be forgotten, but that at the same time it must not be avenged if a society was to move on.”

“I’m saddened to learn of the death of global sage, human rights leader, and powerful pilgrim on earth … we are better because he was here.”

“Desmond Mpilo Tutu was a unique character. His contagious sense of humour and laughter has helped to resolve many critical situations in South Africa’s political and church life. He was able to break almost any deadlock. He shared with us the laughter and grace of God many a time.”

“He was a critical figure in the fight against apartheid and in the struggle to create a new South Africa – and will be remembered for his spiritual leadership and irrepressible good humour.”

“Sad to hear of the passing of Desmond Tutu. A truly great figure, who I had the privilege to meet in The Hague when he was working for the victims of war crimes. His adage, ‘Don’t raise your voice, improve your argument’, has never felt more apt.”

“Our Palestinian people lost a strong supporter of their march towards freedom and independence. Father Desmond Tutu spent his entire life struggling against racism and defending human rights and especially on the Palestinian land.”

WASEL ABU YOUSSEF, MEMBER OF THE EXECUTIVE COMMITTEE OF THE PALESTINE LIBERATION ORGANISATION

“The world has lost a giant. He was a brave leader, a mischievous delight, a profound thinker and a dear friend … He used his incredible moral courage to bridge divides and showed all of us how we have one common humanity.”