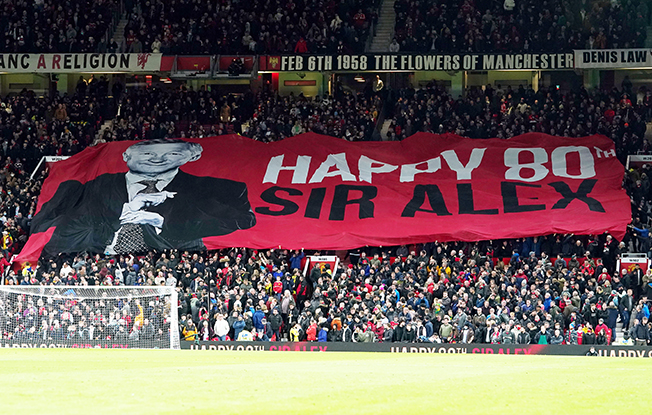 From withering put-downs to sparkling praise, the Scot has created a catalogue of memorable quotes.

Here, on his 80th birthday, the PA news agency takes a look at some of the most notable.

On Manchester City’s emergence as a Premier League force:

“There has been a lot of expectation on Manchester City and with the spending they have done, they have to win something. Sometimes you have a noisy neighbour and have to live with it. You can’t do anything about them.”

“He was certainly full of it, calling me ‘Boss’ and ‘Big Man’ when we had our post-match drink after the first leg. But it would help if his greetings were accompanied by a decent glass of wine. What he gave me was paint-stripper.”

“I think he is very concerned about his CV, he refers to it quite a lot.”

On his bust-up with Newcastle boss Alan Pardew:

“The press have had a field day. The only person they have not spoken to is Barack Obama because he is busy.”

On the incident during which former midfielder David Beckham was struck on the head by a flying boot:

“It was a freakish incident. If I tried it 100 or a million times it couldn’t happen again. If I could I would have carried on playing!”

On the mind games employed by Italian teams:

“When an Italian tells me it’s pasta on the plate, I check under the sauce to make sure. They are the inventors of the smokescreen.”

On seeing Ryan Giggs as a schoolboy:

“I remember the first time I saw him. He was 13 and just floated over the ground like a cocker spaniel chasing a piece of silver paper in the wind.”

On Wayne Rooney’s decision to sign a new contract:

“Sometimes you look in a field and you see a cow and you think it’s a better cow than the one you’ve got in the field.”

“Do you think I would get into a contract with that mob? Jesus Christ, no chance. I wouldn’t sell them a virus.”