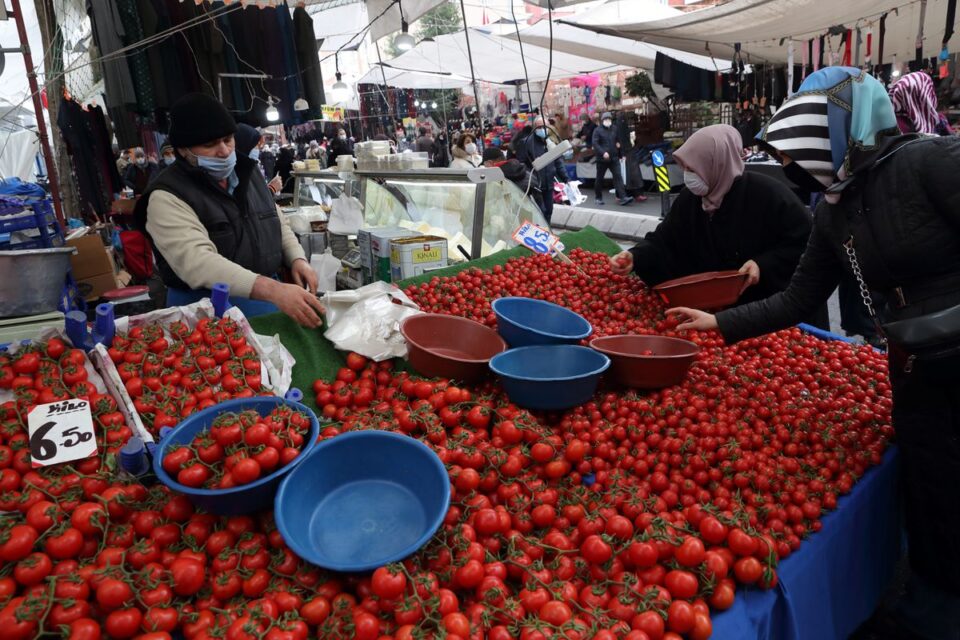 Turkey’s annual inflation rate surged to 36.1 per cent last month, its highest in the 19 years Tayyip Erdogan has ruled, laying bare the depths of a currency crisis engineered by the president’s unorthodox interest rate-cutting policies.

In December alone, consumer prices took a rare step into double-digits, rising 13.58 per cent, Turkish Statistical Institute data showed on Monday, eating deeper into the earnings and savings of Turks rattled by the economic turmoil.

The year-over-year CPI outstripped a median Reuters poll forecast of 30.6 per cent with staples such as transportation and food – which took increasing shares of households’ budgets during 2021 – rising even faster.

Turkey’s lira shed 44 per cent of its value last year as the central bank slashed interest rates under a drive by Erdogan to prioritise credit and exports over currency and price stability. On Monday it whipsawed down 5 per cent then up 3 per cent, before trading flat at 13.1 versus the dollar at 1225 GMT.

Some economists predict that inflation could reach as high as 50 per cent by spring unless the direction of monetary policy is reversed.

“Rates should be immediately and aggressively hiked because this is urgent,” said Ozlem Derici Sengul, founding partner at Spinn Consulting in Istanbul.

The central bank was however unlikely to act, she added, and annual inflation “will probably reach 40-50 per cent by March”, by when administered price rises would have been added into the mix, including a 50 per cent minimum wage hike.

Last year was the worst for the lira in nearly two decades, while the annual CPI was the highest since the 37.0 per cent reading of September of 2002, two months before Erdogan’s AK Party first took office.

But Erdogan’s focus on Monday was on trade data which showed exports surged by a third to $225 billion last year.

“We have only one concern: exports, exports and exports,” he said in a speech, adding the trade data showed a sixth-fold rise in exports during his tenure as leader.

Erdogan, a self-declared enemy of interest rates, overhauled the central bank’s leadership last year. The bank has slashed the policy rate to 14 per cent from 19 per cent since September, leaving Turkey with deeply negative real yields that have spooked savers and investors.

The subsequent accelerating surge in prices and drop in the lira have also upended household and company budgets, scuttled travel plans and left many Turks scrambling to cut costs. Many queued last month for subsidised bread in Istanbul, where the municipality says the cost of living is up 50 per cent in a year.

“We don’t sit with our friends in a cafe and drink coffee any more,” Mehmet, 26, a university graduate, said as he did his job as a pollster in Istanbul.

“We don’t go out, just from home to work and back again,” he said, adding he was buying smaller meal portions and believed inflation was higher than official data showed.

The central bank has argued that temporary factors had been driving prices and forecast a volatile course for inflation, which – having been around 20 per cent in recent months and mostly double-digits over the last five years – it said in October would end the year at 18.4 per cent.

Sengul suggested that, with Monday’s data, that argument had run its course.

“This reflects a vicious cycle of demand-pull inflation, which is very dangerous because the central bank had implied the price pressure was from cost-push (supply constraints), and that it couldn’t do anything about it,” she said.

The economic turmoil has also hit Erdogan’s opinion polls ahead of a tough election scheduled for no later than mid-2023.

The lira touched a record low of 18.4 against the dollar in December before rebounding sharply two weeks ago after state-backed market interventions, and after Erdogan announced a scheme to protect lira deposits against currency volatility.

Bicommunal group’s work on Salamis a ‘most important initiative’