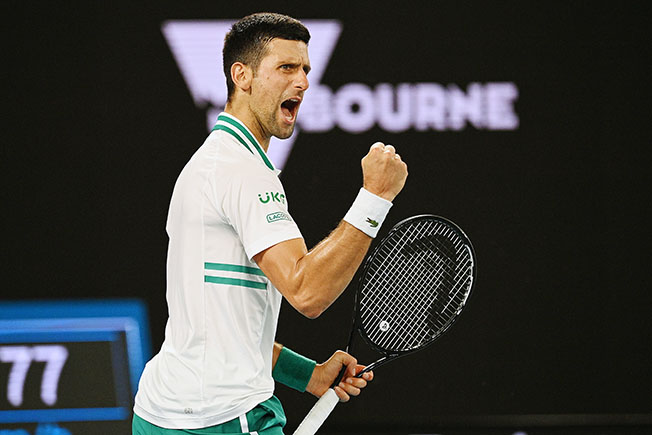 Novak Djokovic ended speculation over his Australian Open title defence by announcing on Tuesday that he would compete at the season’s opening Grand Slam event after receiving a medical exemption from getting vaccinated against COVID-19.

The world number one, who had declined to reveal his vaccination status, said previously that he was unsure whether he would compete at the Jan. 17-30 tournament in Melbourne due to concerns over Australia’s quarantine rules.

“I’ve spent fantastic quality time with my loved ones over the break and today I’m heading Down Under with an exemption permission. Let’s go 2022,” the Serbian said on Instagram.

Organisers Tennis Australia (TA) had stipulated that all participants at the Grand Slam must be vaccinated against the novel coronavirus or have a medical exemption granted by an independent panel of experts.

The panel would consist of doctors from the fields of immunology, infectious disease and general practice and that the move was agreed in conjunction with the Victoria Department of Health.

TA said the 34-year-old Djokovic had applied for a medical exemption which was granted after a “rigorous review process” involving two separate independent panels of medical experts.

“One of those was the Independent Medical Exemption Review Panel appointed by the Victorian Department of Health,” TA said in a statement.

“They assessed all applications to see if they met the Australian Technical Advisory Group on Immunisation (ATAGI) guidelines.”

It added the process included the redaction of personal information to ensure privacy for all applicants.

Djokovic’s father Srdjan had told a Serbian television channel that his son would probably withdraw from the major if he failed to get an exemption, saying Tennis Australia’s stance on mandatory jabs was tantamount to “blackmail”.

When Djokovic pulled out of the ATP Cup in Sydney, it raised further doubts over his participation in the Grand Slam.

“I’m ready to live and breathe tennis in the next few weeks of competition. Thanks everyone for the support,” Djokovic added in his post, which was accompanied by a picture of him in an airport.

Australian Open Tournament Director Craig Tiley said in the TA statement that “fair and independent protocols” had been established for assessing medical exemption applications to ensure the Australian Open was safe.

“Central to this process was that the decisions were made by independent medical experts and that every applicant was given due consideration,” Tiley said.

Djokovic heads to Australia having trained in Marbella, Spain over the last few days.

Djokovic has won a record nine Australian Open titles, including the last three, and is in a three-way tie on 20 majors with Roger Federer and Rafa Nadal in the all-time list.

Remains of 37 individuals identified by CMP in 2021