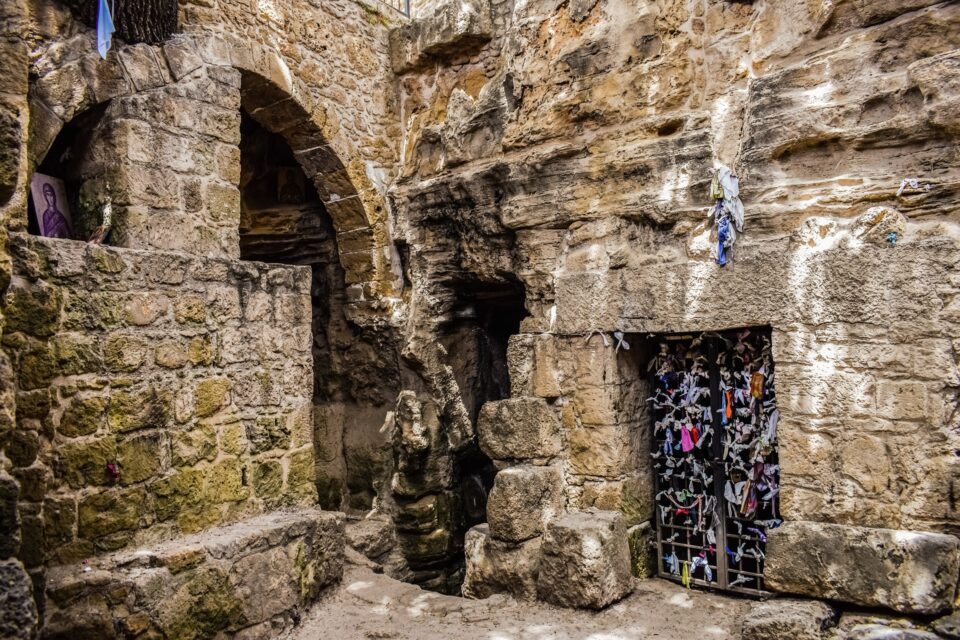 Cyprus is an island overflowing with rambling ruins, alluring landscapes and churches just about everywhere. However, there are certain churches and catacombs that are hidden so well that even the locals have little idea of their existence.

Shrouded in mystery, and set away in locations often wild and rugged, these mysterious, sacred treasures are a testament to the island’s Byzantine heritage, portraying the tragic story of early Christians in Cyprus.

In addition to the fascinating legends and tales that reverberate within their walls, these revered Christian shrines are a marvel of masterful construction that served a variety of functions including burial, refuge during the periods of persecution and secret meeting places for worship.

Ayioi Saranta cave church may not be on the itineraries of many travellers visiting the island’s most popular tourist areas; however, the church’s raw appeal has captured the interest of many intrepid visitors, including the UK’s MailOnline as one of the world’s quirkiest churches to visit.

Undoubtedly one of the most magnificent on the island, Ayioi Saranta cave church is in the resort town of Protaras and is dedicated to the forty martyrs of Sebaste, a group of Roman soldiers who became martyrs for their Christian faith.

A rugged staircase leads one to a brilliant blue entrance door set against dazzling whitewashed stone. Inside, a feeling of peace overwhelms the visitor with a plethora of ancient icons, liturgical items and candles placed in the crevices of the stone walls. There are no glass windows; light simply shines through the opening above the door and a natural skylight with the sun’s rays beaming through the dome-like cupola, representing the outpouring of the Holy Spirit upon the church.

Although little is known about the Ayioi Saranta cave church, it certainly stands in stark contrast to its modern-day counterparts.

Located near the site of a former monastery for women, the tiny cave church of Ayia Thekla often goes unnoticed, tucked away in corner on the outskirts of Cyprus’ hedonist playground, Ayia Napa.

Dating back to the 4th century, the cave church is dedicated to Saint Thekla, a follower of Paul the Apostle who became one of the first Christian nuns, a preacher of Christianity and healer. An outdoor staircase, built from natural stone, leads into a small underground chapel that once served as a place of refuge from the Ottomans when they landed there in 1571 and laid siege to the city of Famagusta. Archaeologists also believe that there was an ancient settlement and cemetery in the same area.

Although the site is often mistaken as the saint’s tomb, Saint Thekla was in fact buried in Syria, however a part of the relics is kept in the Monastery of Saint Thekla the Healer near the village of Mosfiloti.

Nestled within a cliff, surrounded by barren fields, abandoned and derelict homes, and the ruins of a 16th century Gothic church, Ayios Sozomenos cave church and catacomb features magnificent murals depicting miracles attributed to Saint Sozomenos, ancient icons, a sacred water fountain, and crypt – believed to have been carved by the saint himself.

Located in a deserted Nicosia village, with its multi-layered past, this well-preserved cave church and catacomb served as the saint’s hermitage in the 12th century, and today is a pilgrimage site anchored around the saint’s tomb and his legacy as a healer.

The catacomb of Ayia Solomoni

Paphos, a cultural and historical hotspot, is also home to the catacomb of Ayia Solomoni, a unique site located in Fabrica Hill, renowned for its spectacular underground church, frescoes, icons and holy spring.

Guarded by an iconic and sacred pistachio tree that grows in front of the entrance to the tomb and shaded by strips of cloths and rags that are tied to its branches as part of a healing ritual, the church is dedicated to Saint Solomoni, one of the first people to embrace Christianity in Cyprus.

According to legend, Saint Solomoni and her seven sons took refuge in these caves after escaping from Palestine. Their courageous rejection of idolatry resulted in their persecution by the Romans.

Today, the catacomb of Ayia Solomoni is a place of pilgrimage for Christians who wish to pay homage to the saint and her relics that are stored within the church.

The ‘amphibious’ church of Saint Nicholas

Located in Limassol, on the northern side of the Kouris dam, one will encounter the abandoned village of Alassa, which was relocated during the 1980s following the construction of the dam.

Only the ruins of Saint Nicholas’ church remain today as proof of the presence of a village that thrived along the banks of the river. The water levels in the reservoir change from year to year and season to season, as does the image of the 17th century church.

The belfry of the church of Saint Nicholas of Alassa is the only portion of it visible when the dam overflows, as if hovering atop the water, creating a unique – and somewhat disturbing – view. However, if the water level is low enough, one can even stroll around the ruins of this ‘amphibious’ church. The ornate décor of the church’s belfry, which is painted in vivid colours, makes the abandoned church stand out.

Cyprus boasts a multitude of hidden gems that are often ignored by the wine-growing regions and tourist-drawing archaeological ruins. Regardless of the season, these sacred treasures offer locals and visitors a variety of opportunities to visit the island’s remote villages and learn about Cyprus’ unique religious inheritance.