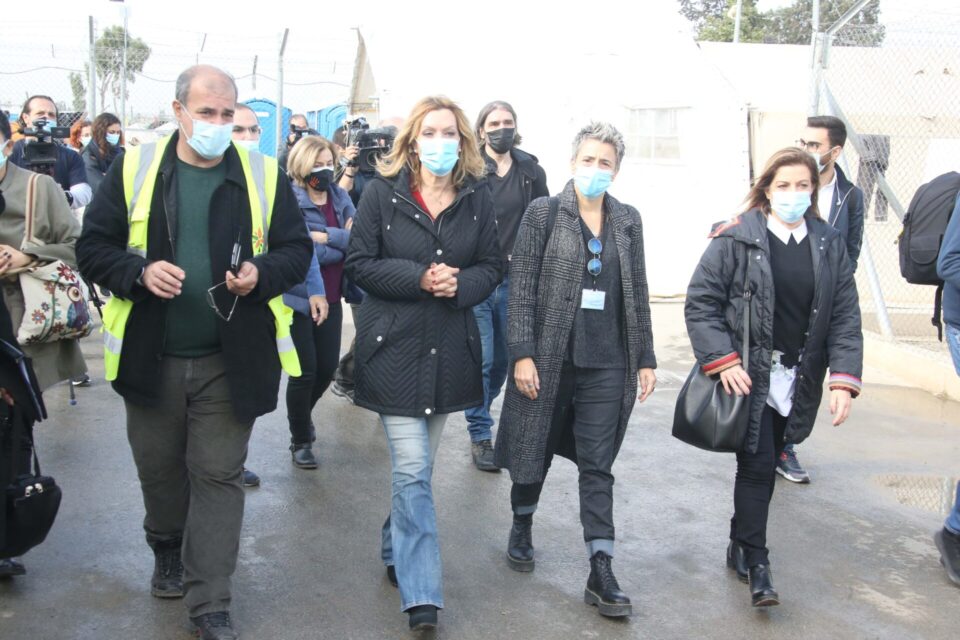 The government said Monday it is taking steps to manage the ongoing influx of migrants, but the sheer numbers involved continue to pose a challenge.

Interior Minister Nicos Nouris was speaking at the House human rights committee, in a follow-up discussion mainly about the situation at the Pournara reception centre for asylum seekers which MPs visited in December.

Nouris spoke of some 4,000 to 5,000 asylum seekers through fake marriages and pretend college students. In addition, irregular migrants arrive here by boat. But the lion’s share of migrants – 85 per cent – come from the north of the island through the Green Line.

Nevertheless, anywhere from 60 to 85 migrants continue to cross into the south daily via the Green Line.

The minister said that over the past two years flows of migrants and asylum seekers have increased from sub-Saharan countries, as well as from India and Pakistan. Cypriot authorities are in talks with counterparts in the latter two countries, with the aim to returning migrants there.

According to Nouris, some 3,000 to 4,000 economic migrants from ‘safe countries’ will be returned to their countries within the year.

The minister took umbrage at a remark by Akel MP Giorgos Koukoumas, when the latter claimed the government deliberately keeps poor conditions at reception centres in order to discourage new arrivals. Countering, Nouris cited positive comments by EU officials regarding the situation at Pournara.

He called on parliament to “take the lead” in ensuring that strict sanctions are imposed on traffickers. This would send a strong message to traffickers, some of whom can make up to half a million euros on two trips.

Nouris said also that last year Cyprus returned 2,200 persons to various countries. The chief problem remains Turkey, which does not recognise the Republic. Return agreements are in place with Georgia and Lebanon, and talks underway with Pakistan and Nepal.

Because Cyprus is not inside the Schengen Area, it cannot return migrants to their countries of provenance or origin. Nouris mentioned that a Cyprus consulate is again operational in Damascus, Syria, having reopened a few months ago.

The discussion in parliament inevitably turned to the situation in Chlorakas, which recently came to the fore after brawls involving hundreds of people.

A building complex in Chlorakas hosts about 600 migrants, the majority Syrian refugees.

Nouris said the fact the building was not fit for purpose has been reported to the relevant authorities, as has been the provision of unsuitable water which has been going on over the past two years. An administrative fine has been imposed on the owner of the building.

Many of the male migrants living in Chlorakas work illegally, and are being exploited by the owners of premises, he said.

The fight in Chlorakas sparked protests in the village with residents, mainly Greek Cypriots, asking for the removal of Syrian migrants from the area citing safety concerns.

Last Friday, village residents protested for the second consecutive week against the presence of migrants in the area which has created a “ghetto” situation.