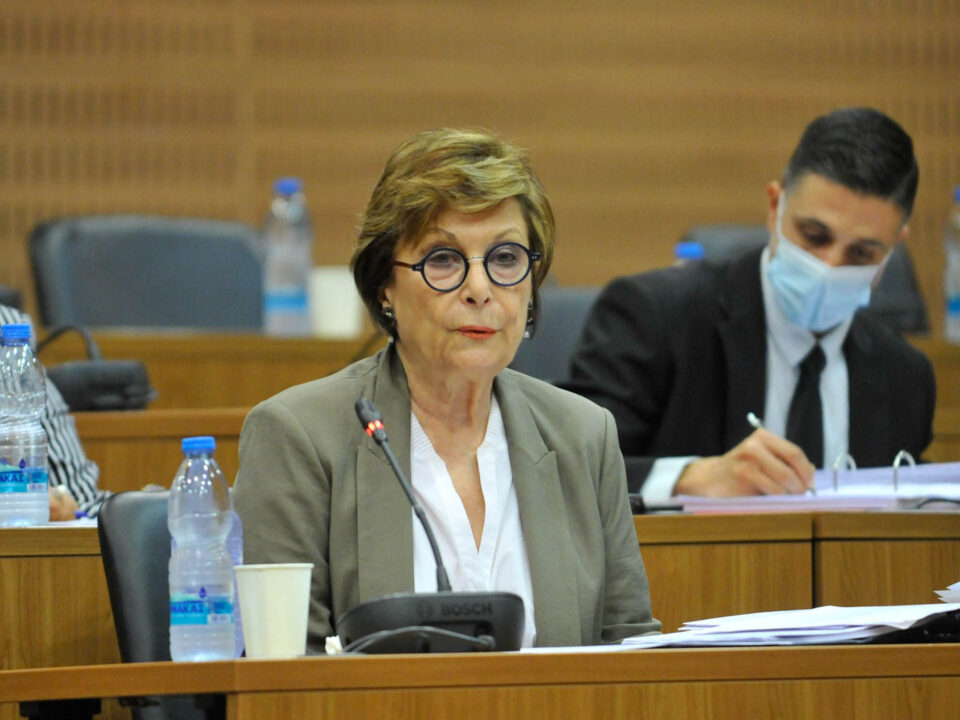 Justice Minister Stephie Dracou on Wednesday assured the House legal affairs committee that authorities are starting to investigate claims alleging that a connected group, including a well-known Cypriot family, is involved in drugging and raping women from Cyprus in collaboration with perpetrators in Greece.

The reports emerged from Greek activist Ilias Gkionis, who recently helped bring to light the alleged drug-facilitated gang rape of a young woman in Thessaloniki.

“There is a direct connection with Cyprus. The base of the network in Athens has frequent movement to Cyprus and vice versa,” Gkionis, who spoke with the Cyprus parliament, told local Sigma TV on Wednesday.

He also alleged the involvement of a person in Cyprus from a well-known family who is involved with the mafia, namely drugs, human trafficking and “promising visas to people”.

“This whole network also serves political purposes,” the activist said, explaining that he has received threats.

Sources suggest the leaders of the network are in Greece and have connections in other countries, Gkionis said, adding that “in Cyprus, there is a simpler system.”

Responding to the allegations, police spokesman Christos Andreou said earlier in the day that even though no official complaints have been made so far, authorities will investigate the reports, following a communication with the justice ministry.

“Instructions were given to investigate the complaints that emerged in the media. There will be contact with the Greek authorities through Interpol to see if any offences were committed in Cyprus,” he told Sigma.

For her part, Dracou said “justice in Cyprus works and will work,” telling the committee she was in touch with the chief of police after studying the allegations herself.

“The names are irrelevant, what is relevant is to see if there is a case,” Dracou said.

Earlier this week, in a letter addressed to attorney-general Giorgos Savvides, Akel MP Christos Christofides called on the legal service to investigate the claims in collaboration with the Greek authorities.

This prompted Savvides to say that the state would only investigate if specific information as well as evidence of Cyprus’ involvement in sexual offences is presented.

“The position of the legal service… is that if specific information and evidence of Cyprus’ involvement in sexual offences is presented, it will be investigated immediately by the investigating authorities,” Savvides tweeted on Tuesday.

MPs on Wednesday echoed Christofides, calling on the attorney-general to investigate swiftly.

Meanwhile Christofides told the committee he had been in touch with Gkionis, who said he has made a report to Greek police and is planning to do the same in Cyprus.

He also said that he advised Gkionis, on behalf of Savvides, to submit his report in writing.

In his letter to the attorney-general, Christofides had cited activist Gkionis and the case of alleged drugging and rape of a 24-year-old woman after a party at a hotel in Thessaloniki.

The woman, who reported the rape to police on January 2, has said she attended the party at the invitation of the organiser, which was attended by several businesspeople. According to her report, she was not feeling well and decided to book a room at the hotel when three men approached her in the elevator. The next thing she remembers is waking up naked with men’s clothing in the room.

Three men, including a 27-year-old who admitted in having sex with her with her consent, were arrested.

The case sparked an uproar on social media in Greece and in Cyprus.

Earlier this week, Former European Commissioner Androulla Vassiliou found herself in hot water over “victim blaming” comments on the case. In a tweet, Vassiliou has questioned “how did the 24-year-old find herself in the hotel suite” suggesting that “one must know all the facts before jumping to conclusions”.