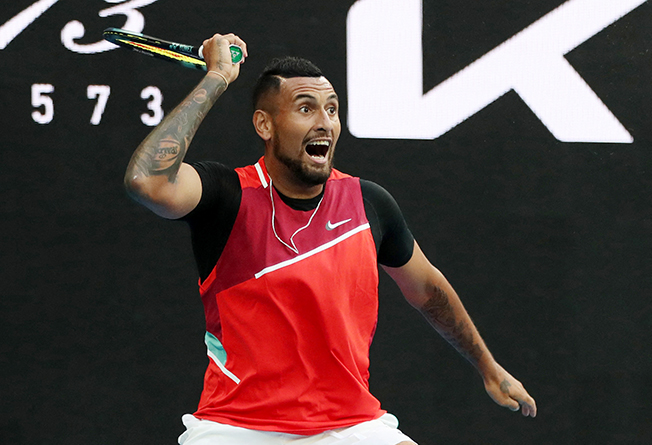 US Open champion Daniil Medvedev will face the mercurial Nick Kyrgios in a tricky second-round clash at the Australian Open on Thursday as the Russian looks to make the most of world number one Novak Djokovic’s absence and collect a second major title.

Medvedev secured a routine win against Henri Laaksonen in his opener but would expect a tougher examination against Aussie Kyrgios, who dazzled the John Cain Arena with some outrageous shot-making in the straight-sets victory over Liam Broady.

“I mean, obviously either way it’s going to be a hell of an experience for me. You know, he’s probably the best player in the world at the moment. So I’m pretty excited… that’s why I play the game,” said Kyrgios, who has won both their previous meetings.

Emma Raducanu, who won her maiden Grand Slam at Flushing Meadows last year, will be hoping to build on her impressive win over Sloane Stephens when she takes on the unseeded Danka Kovinic, while fellow Briton Andy Murray will fight it out against Taro Daniel.

Margaret Court Arena will play host to two of the most promising youngsters in the men’s game, as fourth seed Stefanos Tsitsipas continues his quest for a first major title against Sebastian Baez and 11th seed Jannik Sinner faces Steve Johnson.

Order of play on the main showcourts on the fourth day of the Australian Open on Thursday (play begins at 0000 GMT, prefix number denotes seeding):