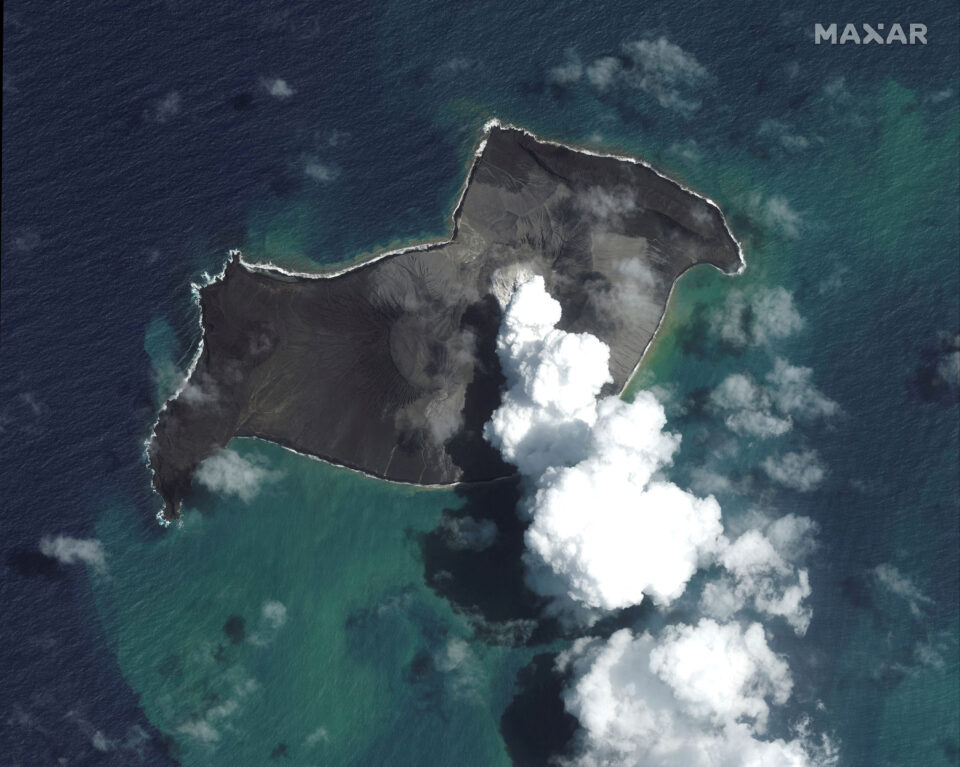 Telephone links between Tonga and the wider world began to be reconnected on Wednesday, though restoring full internet connectivity is likely to take a month or more according to the owner of the archipelago’s sole subsea communications cable.

The explosion of the Hunga Tonga-Hunga Ha’apai volcano, which has killed at least three people and sent tsunami waves across the Pacific, knocked out communications around the nation of about 105,000 people on Saturday.

Telecom operator Digicel said late on Wednesday it had managed to restore international calling capability, though Reuters was not immediately able to reach numbers in Tonga.

Full network services will not be available until the undersea cable is fixed, Digicel said. A specialist ship is aiming to embark from Port Moresby on a repair voyage over the weekend, said Samiuela Fonua, chairman of cable owner Tonga Cable Ltd.

But with eight or nine days’ sailing to collect equipment in Samoa, and then an uncertain journey toward the fault in the eruption area, he said it will be “lucky” if the job is done within a month.

“It could be longer than that,” he added on the telephone from Auckland where he has been co-ordinating the repair.

“The cables are actually around the volcanic zone. We don’t know … whether they are intact or blown away or stuck somewhere underwater. We don’t know if it’s buried even deeper.”

Tonga‘s government and the state-owned Tonga Communications Corp. could not be contacted.

The virtual communications blackout has made relief efforts, already challenged by the COVID-19 pandemic, even more difficult.

It also underscores the vulnerability of the subsea fibre-optic cables that have become the backbone of global telecoms.

The $34 million Asian Development Bank and World Bank-funded cable was finished in 2018 and boosted Tonga‘s net speeds more than 30-fold, but is almost its sole link to the wider world.

Attempts to replicate an emergency satellite connection that was set up when the same cable was severed three years ago had stalled amid a contract dispute between the government and Singapore-based satellite operator Kacific.

The United Nations Office for the Coordination of Humanitarian Affairs (OCHA) said on Tuesday that Tonga was negotiating with Kacific, which has a satellite above the archipelago, to access a satellite internet connection.

Tonga Cable will be expected to pay the U.S. maintenance company SubCom for the repairs. Chairman Fonua declined to provide an estimate but said the bill would probably come in below $1 million. “We will settle the cost later,” he said.

“There are some other cable companies as well that are willing to provide spare cables,” he added, without elaborating.