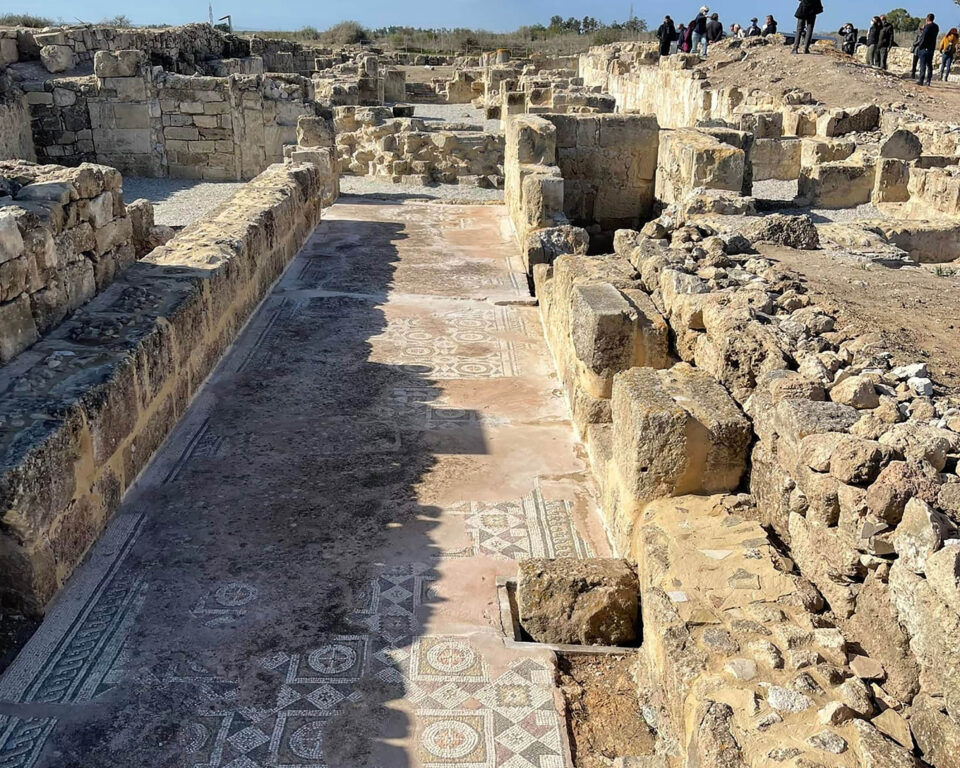 The mosaics at Salamis

The protection of Salamis’ mosaics has been named as among the most significant successes of the bicommunal cultural heritage committee by Takis Hadjidemetriou, the outgoing head of the committee.

Hadjidemetriou, who announced his retirement on Friday aged 88, said he will stay dedicated to the committee’s work, but his age meant he could no longer be as active as previously.

“I still feel dedication towards this issue and I will not move away from it, I will continue to follow it as much as I can, but naturally, due to my age, I cannot do so as much as I could in the past,” Hadjidemetriou said on Saturday.

“After 14 years of service, I think the committee can function without me,” he told the Cyprus News Agency.

The Technical Committee on Cultural Heritage has been one of, if not the most successful of the bicommunal technical committees, renovating and restoring dozens of churches, mosques and monuments on both sides of the divide with EU and UN support for the projects.

Asked which individual projects showcased the committee’s work, Hadjidemetriou said that the committee loved all its work.

“Our contribution to ancient Salamis, where all mosaics were preserved, all of the ancient findings, as well as the Ayios Epiphanios and Kampanopetra basilicas,” he mentioned as particular highlights.

“The Apostolos Andreas monastery also has a hugely symbolic character, as does Othello’s tower in Famagusta, which is linked to a different time and place, with art on a global level, since it’s linked with Shakespeare and Giuseppe Verdi.”

Hadjidemetriou said that even smaller works, such as the religious sites at Ayios Theodoros and Ayia Marina in Kormakitis, “offered a world of knowledge and new information on the area, revealing new and unique wall paintings”.

On the work carried out at the Saint Panteleimon Monastery in Myrtou, he said that upon its completion, he felt that a religious “axis was created”, between Saint Panteleimon and the Apostolos Andreas monasteries.

But he warned that because time has passed since restoration work on the monastery was carried out, and because of its isolation, it would need to be monitored so that it can be well-maintained.

“With our actions as the bicommunal Technical Committee on Cultural Heritage, we enriched Cypriot history, art and tradition,” he said.

Sotos Ktoris, already a member of the committee, has been named as the new head. Hadjidemetriou welcomed the appointment, describing it as a move that “ensures the continuity of the committee’s work in the same spirit as before”.

President Anastasiades will award Hadjidemetriou the Medal for Exceptional Service in a special ceremony at the Presidential Palace, as recognition for his contribution to the preservation of Cyprus’ cultural heritage.

Before his appointment to the committee in 2008, Hadjidemetriou, a dentist by profession, was an MP for 20 years.