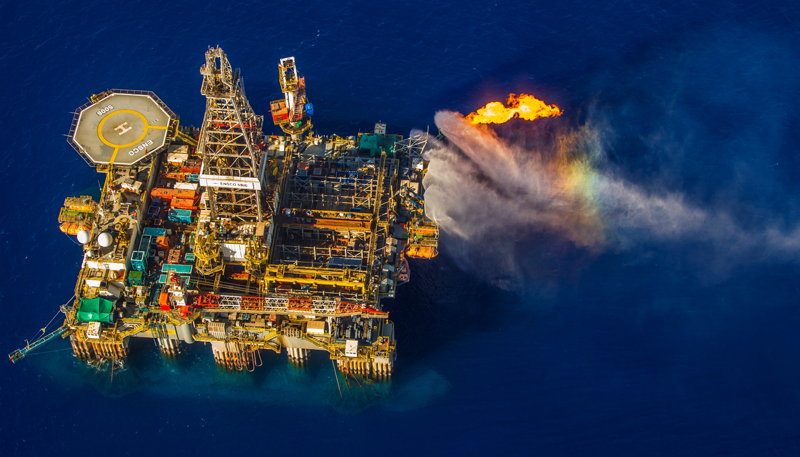 Although I am not in the habit of blowing my own trumpet, I find the temptation to do so in this particular case irresistible. Those of you who read my articles regularly may remember that on many occasions I have expressed the view that the prospects of all of us becoming millionaires by extracting the natural gas believed to lie under the seas around Cyprus are particularly slim.

On July 19, 2020, I wrote: “The future of oil as a source of energy is limited and from now on the emphasis will be on developing solar and wind power generation. The European Union as well as petroleum producing countries, such as Saudi Arabia, have committed to press on in this direction and to gradually (between 2030 and 2050) substitute oil with green energy sources.”

On October 31, 2021, I wrote: “Without doubt, this irreversible evolutionary process will have a significant impact on the large, international companies that are involved in oil extraction and trading. These companies will gradually refocus their investment plans on renewable sources of energy and will become hesitant to invest significant amounts of capital on infrastructural projects (such as the East Med pipeline) that are likely to become obsolete soon after their completion.”

Under Glafcos Clerides, the late Nicos Rolandis was an advocate of deferring oil exploration until after the Cyprus problem was resolved. But he was succeeded as energy minister by Akel’s Giorgos Lillikas. He had been appointed by the then newly elected president, Tassos Papadopoulos, who had defeated Clerides with Akel’s support. This was the stage when the idea was borne that Cyprus’ offshore hydrocarbon deposits should be used as a counterweight to Turkey’s geostrategic, economic and military advantages. The idea was that the “power” emanating from the offshore wealth could be used to neutralise Turkey’s negotiating power in the process of seeking a solution.

Diko and certain other small parties at the centre of the political spectrum became strong and consistent supporters of this idea, particularly during Nicos Anastasiades’ second term when Ioannis Kasoulides resigned as foreign minister and was replaced by Nikos Christodoulides, who himself resigned recently to run as a candidate in the forthcoming presidential elections.

During his first term and part of his second term as president, Anastasiades kept Yiorgos Lakkotrypis (a Diko appointee) as his energy minister. Lakkotrypis’ principal objective was the commercial exploitation of Cyprus’ offshore wealth. His vision was to lead Cyprus into a world of riches and prosperity. Till the end of his service as minister in July 2020, Lakkotrypis held the conviction that if the Republic were to declare a moratorium on its gas exploratory activities in its Exclusive Economic Zone (EEZ), because of the Turkish interference, it would spell the end of the country’s prospects of becoming a major regional energy player. The exploratory inactivity at the time of his departure he attributed to the impact of the coronavirus and gave assurances that the petroleum companies involved intended to resume these activities as soon as this became feasible at the end of the pandemic, which he predicted as being March-April of 2021.

Lakkotrypis was succeeded by Natasa Pilides, who worked closely with Nikos Christodoulides, in formulating and promoting joint national energy plans between Cyprus, Israel, Egypt and Greece, aiming at marginalising the role of Turkey in the energy field – a goal that was serving the interests of Israel and Egypt at the time.

Today, there is little doubt that the East Med pipeline is what the English would call “a white elephant”, a project that will never materialise. Nobody seems to disagree with this conclusion. In my article of October 31, 2021, I wrote that “the government has a duty to explain to the public and to justify its insistence on pressing on with implementing plans that were hatched years ago under different conditions”. The developments which have in the meantime taken place have provided the explanations I was looking for.

The tragic element of this story is that we did not hesitate to sacrifice our country’s future as a result of coming to a head-on collision with Turkey, in return for a vague promise that we will become effortlessly rich. Clearly, Nikos Christodoulides, the former foreign affairs minister, and Natasa Pilides, the current energy minister, carry a lot of responsibility for our plight and they are rightly attracting the criticism of the opposition parties.

In contrast – and my honesty obliges me to underline this fact – the only Cypriot politician who had the political courage to go against the current and to state publicly and boldly that we should consider channeling the Cypriot gas to Europe via Turkey, was Averof Neophytou. In the run-up to the presidential elections, it is natural to expect the parties that intend to nominate candidates to focus their fire on the Disy president. However, these tactics may end up hurting those levying the criticism (rather than the person being criticised) because they suggest a lack of an objective judgement.

What we are really looking for from our politicians are not incoherent cries that may momentarily make us feel that we are revenging those who have been grossly unfair on us (by occupying land, or by persistently refusing to withdraw their occupation forces, or by threatening to occupy another the fenced-off part of Famagusta). What we need is a coherent plan that has reasonable prospects of healing the wounds and – more importantly – of arresting the irreversible deterioration of the situation.

It follows that all the parties must specify in sufficient and crystal clear detail what their favoured candidate will do if elected. Every candidate must also undertake a commitment to adhere to the undertakings given by the party offering support. The international term for such a binding contract is called an “election manifesto”.