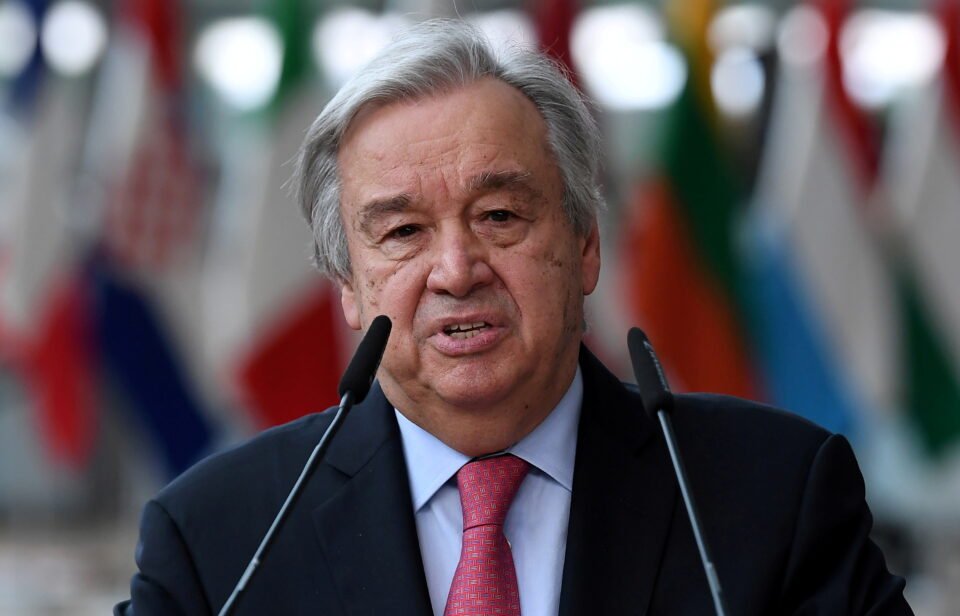 In the early hours of Tuesday, the president of the UN Security Council, Odd-Inge Kvalheim made a couple of brief informal statements to journalists in New York following three hours of discussion on the secretary-general’s two latest reports on Cyprus. Kvalheim confirmed that the council would be renewing the Unficyp mandate for another six months until July 2022.

The two reports by Antonio Guterres, one on his Good Offices Mission and one on renewal of the Unficyp mandate, that were published in early January painted a bleak picture of the current state of the Cyprus issue. No doubt, much of their contents will be repeated by the Security Council in their resolution extending the mandate, which will naturally be couched in diplomatic terms and words of encouragement.

Kvalheim, in his informal comments that lasted around three minutes, did not say much but at the same time said a lot. The Security Council, he said, recognised the challenging situation on the ground. It would also likely call for mutual respect and adherence to Security Council resolutions and decisions on Cyprus, all of which are standard UN fare when it comes to Cyprus.

What was more striking was Kvalheim’s comment that “the focus of the UN mission in Cyprus was now very much on building trust and respect across the communities on the island and to have a bottom-up approach over time to create a better setting for building peace.”

This stark admission of the need for a bottom-up approach suggests the UN has given up on the Cypriot leaders as it believes they can no longer be relied on to move the process forward. In other words, the Cyprus problem, after 48 years of talks, initiatives, international meetings, ideas and plans, was back to square one. It was followed by Kvalheim’s understatement of the century that “this has been a difficult situation for many decades and will take time to solve”. There were no breakthrough issues or measures on the table, he added.

Yes, it has been a difficult situation for many years but there were moments of progress. However, for every giant step that has been taken over those decades – the 2004 referendum, the opening of the crossings, the work of the technical committees, even the Crans-Montana meeting to an extent – the Cyprus issue took two giant leaps backwards. It appears the most recent, giant leaps backwards have pushed the UN to the verge of giving up on the problem. When the only aim of the UN right now is to focus on a ‘bottom-up’ approach, which would consist of low-level confidence building, it really says it all.

This was not the only sign of the UN fatigue with the antics of the two sides in Cyprus. In an exchange with journalists on Tuesday, the UNSG’s spokesperson Stephane Dujarric was quite blunt about who bore responsibility for the current deadlock and implicitly washed the UN’s hands of the matter. “The situation we find ourselves is not for the lack of involvement by the United Nations. We try to keep, to bring the parties closer, to get to an agreement for the benefit of all the people involved. But I don’t think the secretary-general is the sole player in all of this. And I will leave it at that.”

It was a perfectly reasonable response. There is only so much the UN can do when the differences separating the two sides have become unbridgeable and blaming the secretary-general, either for his reports or because he has ignored calls for the appointment of a special envoy/representative, has no rationality. Such a high-level official is not necessary when prospects of a talks’ resumption are non-existent and the only activities the UN could facilitate are of a confidence-building nature.

Kvalheim, when he was asked whether the UN was optimistic, said: “That depends on if you see the glass half full or half empty”. Well, we know which way the two leaders are seeing the glass. Probably, the UN, which likes to put a positive spin on things even when they are unrelentingly bleak, is looking at it the other way but for how much longer? UN involvement in the Cyprus problem will not last forever and we suspect the of a bottom-up approach is merely a ruse for the eventual disengagement.

We do not believe the UN would be prepared to wait another 50 years for the bottom-up approach to come to fruition, especially as there is a possibility it never will.