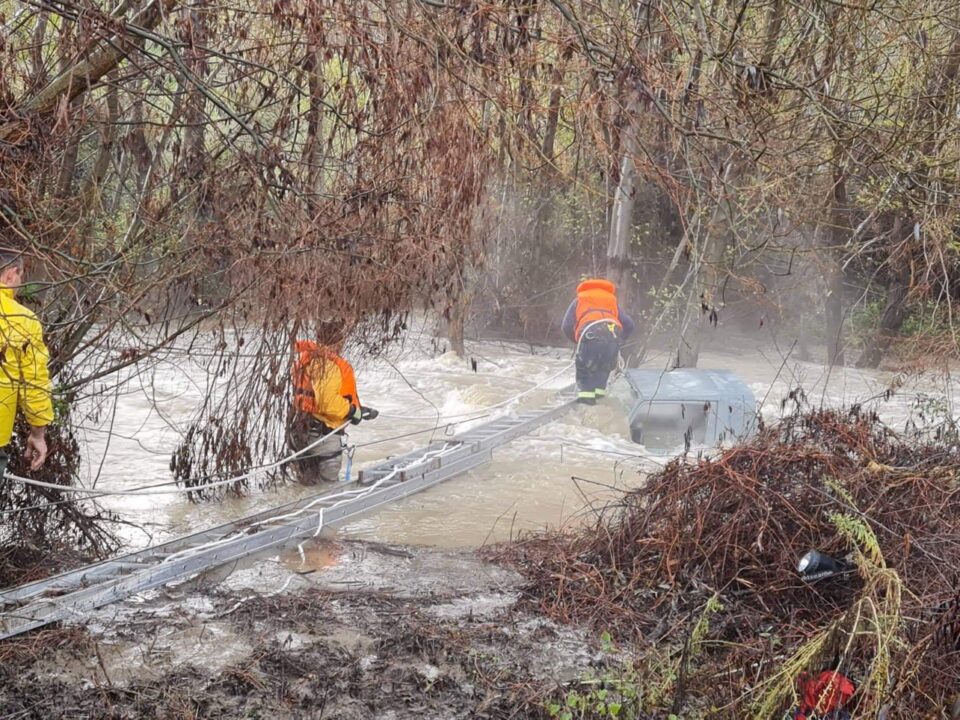 Cyprus has seen the last of the Elpis weather system, but the cold front accompanying it will remain in the area until Saturday, keeping temperatures at below the seasonal average until Sunday when low pressure and a warmer air mass is forecast, the met office said on Wednesday.

Though the storms associated with Elpis had run their course by Wednesday night, the next few days are expected to see partly overcast skies and some rain and snow in the mountains, it added.

Meanwhile, the agriculture department began assessing damages suffered by farmers. An announcement on Wednesday recognised that farmers across all districts have been impacted, particularly those cultivating citrus fruits, potatoes and vegetables.

The Paphos district seems to have been hardest hit. However, despite met office warnings for temperatures well below average during the weekend, the worst appears to be over.

Some Paphos schools which had been closed for two days reopened, while a person trapped inside a vehicle was rescued by from the Skarfos river near Polis Chrysochous early Wednesday morning. The Paphos fire department received a call at 5.55am and rescued the driver shortly afterwards.

Paphos officials urged the public to refrain from attempting river-crossings as heavy rainfall had increased their flow.

Landslides and rockslides also occurred throughout the Paphos district but there were no reports of major damage.

On Tuesday the Pomos dam overflowed, as happened previously in January 2020 and February 2021.

Elsewhere, Panayia community leader Savvas Nikolaou stressed the difficulties faced by those living in rural and mountainous communities who are most susceptible to the elements.

He argued that support granted to local communities should be recalculated to factor in the rising costs of heating, as oil and electricity prices increased.

Nikolaou called on the council of ministers to include Panayia in the list of remote areas qualifying for subsidies (40km distance from urban centres), saying the community has 370 residents of whom about 70 per cent are elderly.

Subsidies on a wider scale began being discussed and assessed by the agriculture department, which began the process of evaluating the damage caused to farmers by the weather.

An announcement on Wednesday recognised that farmers across all districts had been impacted, particularly those cultivating citrus fruits, potatoes and vegetables.

Peyia Mayor Marinos Lambrou said that the gale-force winds had taken a toll on banana and avocado crops in the area. He said that a large number of banana and avocado plants had been levelled by the wind. Bananas are especially sensitive to the cold and production had been damaged while in one case, a whole field at Ayios Georgios had turned into a bog he added as he urged state help.

Meanwhile, the director of the water development department Panayiotia Hadjigeorgiou said this month was the third best January in the past decade for inflow to reservoirs.

She said the inflow over the past 24 hours had exceeded all expectations, reaching six million cubic metres. If the rains continue at the same rate, the overflow of the Lefkara dam is expected by the end of the month, as well as the Asprokremmos dam by the end of February.
The stored amount of water is currently at 70 per cent of total capacity of the reservoirs, and it is expected to reach 75 per cent, which will ensure full adequacy for supply needs this year.

Anemia in astronauts could be a challenge for space missions