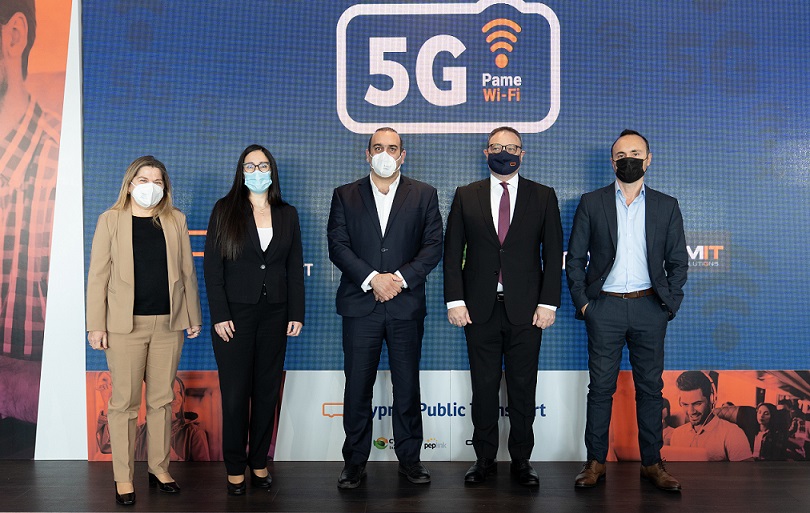 With the new year having begun, Cyprus Public Transport (CPT) has already started implementing its 2022 plans to upgrade its services, and is now offering a Wi-Fi connection via a 5G network, on all its buses and at all stations in Nicosia and Larnaca.

The company presented its innovative initiative at a press conference on Thursday – a first for Cyprus at the level of the entire fleet, and standing out on the European plane as well. CPT’s aim, as always, is to offer  its passengers the best possible experience, while contributing to the modernisation of the country’s public transportation sector.

Thanks to the CPT’s new service, and the valuable contribution of Cyta, which provided its 5G network, the way is open for a new era of connectivity, with higher speeds. Passengers will have the opportunity to use their travel time in a more productive way, completing tasks while on the bus, but also able to relax while talking with friends, watching videos, listening to music, or using the Internet in any way they wish. 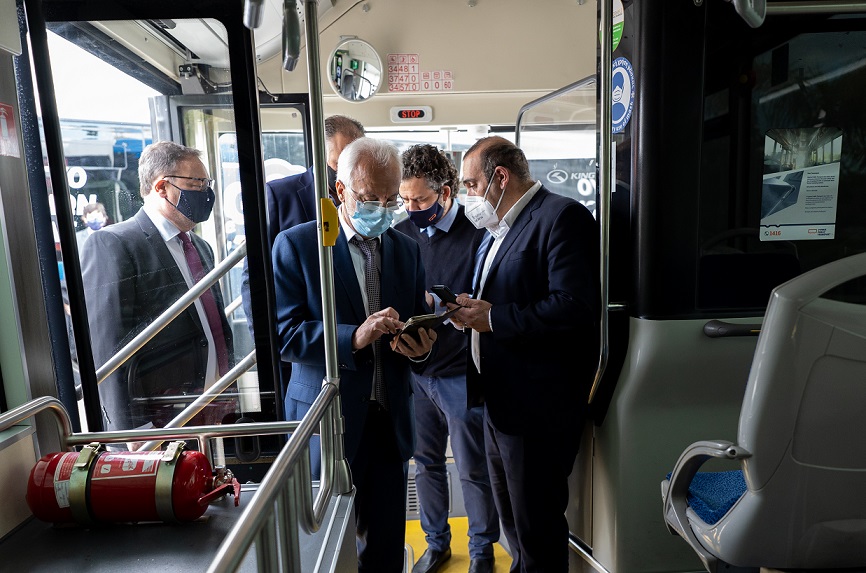 The project was designed and implemented in Cyprus with the support of Peplink, a leading company in the distribution of products supporting 5G networks worldwide, as well as Comit Solutions, a Cypriot company that undertook the configuration of the fleet’s management platform.

Regarding the new service of Cyprus Public Transport, CPT CEO Julio Tironi observed: “Our passengers will be able to save time using the network speeds to carry out their everyday tasks or just to have fun, without experiencing the stress caused by traffic congestion.

“We are proud that Cyprus Public Transport contributes to the next step of the General Plan of the municipalities and authorities of Cyprus for ‘smarter’ cities, and that we are taking part in this project,” he added.

The conference was attended by Minister of Transport, Communications and Works Yiannis Karousos, who underlined the contribution of CPT to the upgrade of the island’s public transportation and the importance of the innovative services adopted by the company for the development of sustainable mobility in the country.

On the part of Cyta, CEO Andreas Neocleous said: “In a few weeks, Cyprus will become the first European country with 100 per cent 5G coverage, thanks to the Cyta network.

“Our collaboration with Cyprus Public Transport is a proof of the benefits of the coverage provided by our services and, especially, of its reliability, since now the passengers of Nicosia and Larnaca can surf seamlessly, using the fastest mobile network in Europe, on every route they travel by bus.”

Managing Director of Comit Solutions Neophytos Eliades remarked that it is very important that such an idea could be transformed into a vision, and that there were the synergies to allow the vision to take shape. He also expressed satisfaction that such an innovative project was implemented entirely by a Cypriot team.

Cyprus Public Transport’s next major project is the Nicosia New Route Network, available as of January 29, 2022, offering more route options and facilitating passengers to reach their destination comfortably, conveniently and in less time.

The trials of travelling in the Covid era