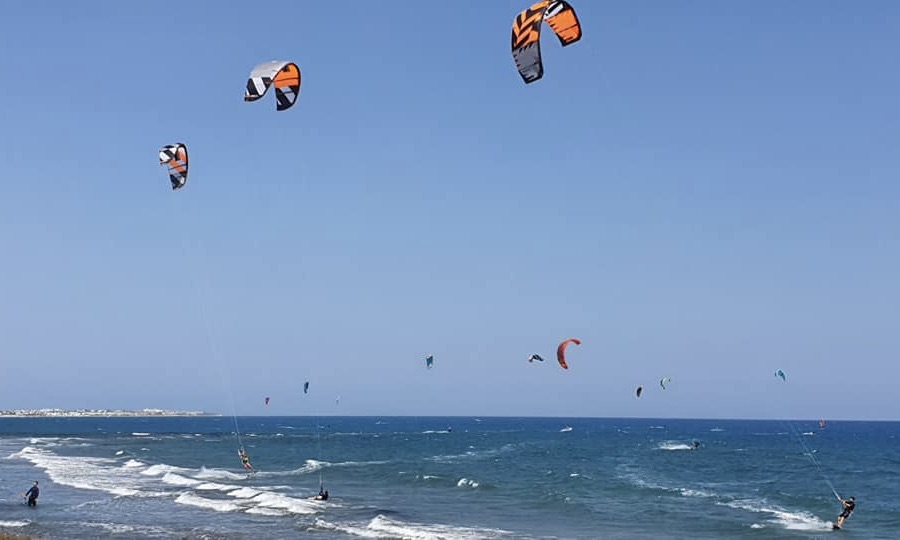 The Larnaca Tourism Development and Promotion Company (Etap) presented on Thursday a number of upgrades and additions to both the city and district’s tourist infrastructure for 2022.

“The Larnaca tourism board is spearheading and sponsoring upgrades and initiatives across the region with exciting projects within the city and at several villages and communities in 2022, aimed at improving facilities and leisure options,” Etap said in its winter newsletter.

In terms of Larnaca city, the board said that a series of small, wooden piers will be installed at Mckenzie Beach.

Moreover, the nearby Piale Pasha coastal road will undergo a number of renovations to building facades, with the board saying that the works will contribute to a more ‘traditional and uniform character’.

The renovations are part of the wider revamping of the Larnaka Art Workshops Neighbourhood that started last year.

Large-scale changes will also be carried out along the Larnaca Salt Lake path, including a new bird hide, improved walking paths, as well as the installation of new benches, lights and viewing spots.

In the village of Athienou, an accurate replica of a limestone funerary stele with an inscription reading ‘Cypriot capital’ will be created and subsequently exhibited at the Kallinikeio Municipal Museum. The original artefact is dated to the 5th century BC and is currently located at the New York Metropolitan Museum.

In the neolithic settlement of Choirokoitia, a style-appropriate circular covered vantage point will be placed, along with benches and tables.

Relatedly, in the neolithic settlement of Kalavasos, a virtual restoration of the settlement’s ruins will be produced, allowing visitors to experience the site through digital means.

Planting work that began during the previous year will continue through the addition of palm trees at Kiti’s kitesurfing beach.

In Lefkara, the park closest to the point where tourist busses arrive will undergo landscaping, while wooden benches and picnic tables will also be placed. There will also be an extension to the park’s paved road.

In Livadia, a village associated and known for its traditional basketry, basketry-themed benches will be installed right outside the Craft of Caning Museum.

“This further cements the village’s identity as one of the few places on the island where the skill of traditional basketry still thrives,” Etap said.

In the village of Pyla, four new sand sport courts for beach tennis and beach volleyball will be created. This is follows the creation of a new archery park that was completed during the previous year.

Finally, additional projects will be carried out in Tochni, Voroklini and Zygi, with the latter village having a fishing boat installation being added to its Sea & Fishing Museum, which is currently in development.

There are over $100 billion lost in crypto,’ says KeychainX CEO