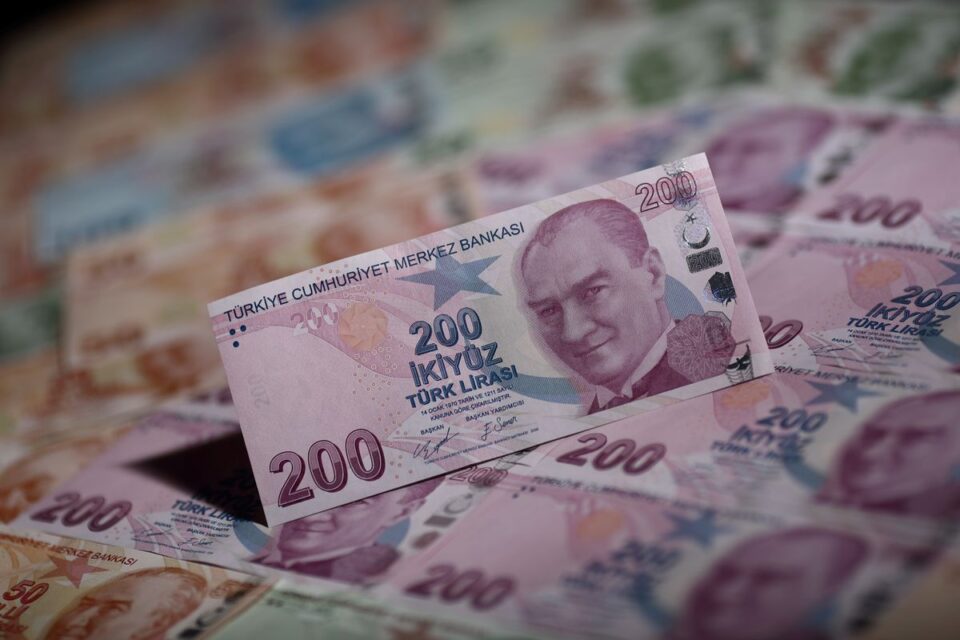 Turkey’s central bank has scaled back its currency interventions in January but still spent as much as $1 billion last week to keep the lira steady after last month’s extreme volatility, according to the calculations of bankers and economists.

Data shows the bank sold nearly $20 billion in foreign reserves in December to underpin the currency as it whip-sawed from 18.4 to 10.25 against the dollar, rattling the major emerging market economy and sending inflation soaring.

This month, the lira has settled into a tight range around 13.5 that several bankers described as a managed exchange rate or “dirty float”, after the government took several steps to boost public confidence and official reserves.

Among the measures are central bank purchases of 25 per cent of exporters’ hard currency revenues and entire payments from foreigners into a citizenship-for-homes programme, as well as hard currency transfers into a new deposit-protection scheme.

Four bankers told Reuters the measures have beefed up central bank currency reserves, even as data suggested the bank continued to sell dollars, albeit at a smaller scale than in December when they were easier to track.

The central bank’s reserves were $600 million to $1 billion short of what would have been expected after last week’s dollar-buying, according to three bankers’ calculations of leading indicators and official data.

“The central bank not only buys some foreign currency that comes to the market but also its reserves sales are continuous, (resulting in) a forex regime directed by the state,” said a senior banker who requested anonymity.

The central bank has not formally announced a market intervention since mid-December. It declined to comment on any recent interventions and the bankers’ calculations.

Bank Governor Sahap Kavcioglu on Thursday downplayed claims of reserve sales and repeated no interventions took place on Dec. 20 when the lira mounted its all-time biggest daily rally. He told a news conference that a drop in net foreign reserves to $7.55 billion in mid-January, a 20 year low, was due to market volatility and demand from state institutions.

Finance Minister Nureddin Nebati has said state entities have a duty to intervene to stabilize the currency as needed.

Despite last year’s costly interventions, the lira shed 44 per cent of its value in 2021 due largely to unorthodox interest rate cuts urged by President Tayyip Erdogan whose sweeping new economic programme focuses on exports, credit and investment.

As a result, inflation hit a 19-year high of 36 per cent last month and is expected to approach 50 per cent this winter, sharply eroding Turks’ earnings and savings.

Turkey’s ability to keep intervening in currency markets depends on its ability to bring in hard currencies via exports, tourism, swaps and other means, economists and bankers say.

The main opposition party has criticised the mandate for exporters to sell 25 per cent of FX revenues to the central bank as wasteful, and some companies said it strained finances.

Authorities have not revealed how much the bank has purchased from exporters nor from foreign home-buyers under the new measures adopted this month, leaving it to the bankers to estimate their volumes, and consequently the scale of market interventions.

As Erdogan praised the currency stability this month and promised to address the “inflation bubble,” Kavcioglu said the central bank has made lira a top priority.

Marek Drimal at Societe Generale said, however, focusing monetary policy on the currency “may prove very challenging”, given expected further rise in inflation and seasonal current account swings are likely to keep the lira volatile.

He said, for now “intervention is likely to be on the table” to stop lira sliding beyond 14 to the dollar.

In 2019-2020 a raft of market interventions, conducted via state banks to support the lira, wiped out $128 billion of central bank reserves and emerged as a focus of what opposition parties called government mismanagement.

The lira has plunged 72 per cent versus the dollar in the last four years.