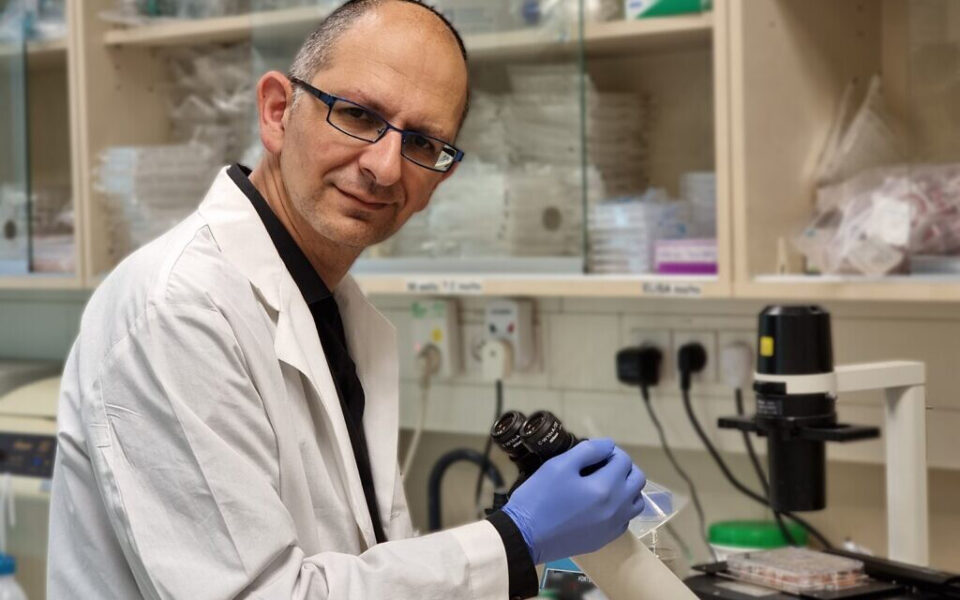 Professor Cyrille Cohen, head of the laboratory of immunotherapy at Bar-Ilan university and member of Israel’s advisory committee for clinical trials on Covid-19 vaccines

As Cyprus prepares to discuss possible relaxations to coronavirus decrees next week, one of Israel’s top vaccination advisors told the Cyprus Mail that the significance of the Covid-19 passes in the age of Omicron is now in doubt.

Professor Cyrille Cohen, head of the laboratory of immunotherapy at Bar-Ilan university and member of Israel’s advisory committee for clinical trials on Covid-19 vaccines, told the Cyprus Mail that the impact of so-called health passes is less relevant than they once were.

“If your objective of the health pass is to generate a safe environment for those who are vaccinated, I think that is no longer the case because unfortunately people who are vaccinated – even with four doses – can get contaminated,” Cohen told us.

The world looked to Israel for guidance as it pioneered the global Covid-19 vaccination push in December 2020, but in the year since then the messaging of what to expect from the vaccines has changed.

Amid initial proclamations of 95 per cent efficacy in reducing transmission – what is the current messaging on Covid-19 vaccines?

Cohen said the message can’t be that the ‘vaccines prevent transmission’ – “that’s no longer true” – and that’s not as important as “the vaccine is preventing severe cases”.

“We have to take into account several things, the first is time elapsed from the moment you got the vaccine, while the second is what kind of variant you are facing,” Cohen explained.

“It’s not just a question of whether you are vaccinated or not, even people who got the disease – a previous variant, like the Alpha or Delta – can also become contaminated with Omicron, so we understand that with different variants we have a different way to look at things,” he said.

England scrapped most Covid-19 restrictions on Thursday, meaning that mask mandates and Covid-19 passes are no longer required, while Denmark aims to remove all domestic restrictions next week despite a high number of infections.

For its part, Cyprus is still considering only some minor relaxations such as lifting a ban on dancing in indoor venues – spaces from which the unvaccinated are barred.  A meeting is to be held on Tuesday.

Some have long viewed the Covid-19 passes as a tool to prod the public towards vaccination, something which Cohen believes may have had an impact but has now likely run its course.

It also depends on what variant we’re facing: “Let’s say that there is a very reduced efficacy in the vaccine preventing infection, I don’t think it’s zero but it’s very low compared to what we knew so far.”

As for new variants, there has been much debate over the severity of Omicron with some arguing that it only appears to be less severe because populations have built up higher levels of immunity – either naturally acquired or via the vaccine – than previous waves.

Cohen told the Cyprus Mail that Omicron is less severe in general but that doesn’t mean that it’s not severe at all.

“The problem is again, at the level of the individual: even if it is less severe for one person, when you have ten times more contaminations compared to what you had with previous variants then of course you will still have a burden on hospitals,” Cohen said.

“But in general, it seems that it [Omicron] is less problematic, although we shouldn’t underestimate it; it doesn’t mean go out and get exposed,” he added.

Cohen made special reference to the vaccinated in the age of Omicron, who “reduce their chances by about ten times to fall seriously ill”.

As for natural immunity, Cohen said that the best protected are those who received both the vaccine and were exposed to the virus.

But he said that the question of natural immunity can depend on which variant we are facing.

“I think this [natural immunity] question is always dependant on which variant you are encountering, that’s the point, today it’s true but it could change with a new variant,” he said.

Cohen referenced the BA.2 subvariant which is “similar to Omicron but has some differences”.

The BA.2 subvariant – seen as more transmissible but no more severe – is now dominant in Denmark, and Cohen explained that even people who were infected with Omicron can get reinfected with BA.2

He said such scenarios complicate herd immunity but higher overall levels of protection within the population will reduce the severity of future waves.

“We do believe that through involuntary and natural exposure, along with vaccinations and so on, we will get to a more endemic phase – where the virus will cause fewer problems than it has done in the past two years, becoming more like the flu; we hope,” Cohen said.

That would likely mean new variants arising each year and those within the vulnerable population requiring further vaccinations.

But what has been the biggest surprise, what was most unexpected?

“The most unexpected was that we didn’t think we’d get efficient vaccines in less than a year,” Cohen told us.

“These vaccines have saved countless lives, but on the other hand after we got the vaccine and we were very happy with the results we were disappointed to some extent that they are not as good as we had hoped in preventing contamination,” he said.

That has led to both surprise and disappointment, but he told us that all in all we are in much better shape because of the vaccines.

“I don’t want to go back to our first year with no way to protect ourselves against that threat, so we have to look at the entire picture,” he said.

“So overall it means that we might need a better vaccine, also the natural exposure helps here if we don’t have a bad variant – together with vaccines and treatment – to get back to normal,” Cohen added.

With all the coverage surrounding Covid-19, what does Cohen think we are not discussing enough?

“I think after a few years we will have to look back at the different strategies and try to learn what will be best for the next pandemic,” he told us.

“We will have to understand if lockdown and quarantine were the best things to do,” Cohen added.

The professor emphasised that closing schools had “a real impact on the disease” but also had serious repercussions for children.

Cohen expressed the importance of learning from what we’ve been through over the past two years, “because we don’t know when the next pandemic will be and we must be prepared”.

But won’t some lessons be difficult to learn – as there will always be counterfactuals, with statements such as: “well, it would have been worse had we not taken this measure?”

“I agree, it’s very easy to say two years after the fact, with a variant that is less problematic, most of the population vaccinated – at least in Israel – with three doses, it’s easy to talk and say that mistakes were made here or there but we must try to better understand the impact of each issue,” Cohen said.

“It was a time of crisis and we needed to act but that doesn’t mean that everything we did was right,” he added.

“It reminds me of the Ozone crisis, some people were saying ‘oh we invested so much in eliminating those gasses and you see, at the end of the day there is no problem’, but it’s very easy to say that, what would have happened if we had not done something?” Cohen offered.