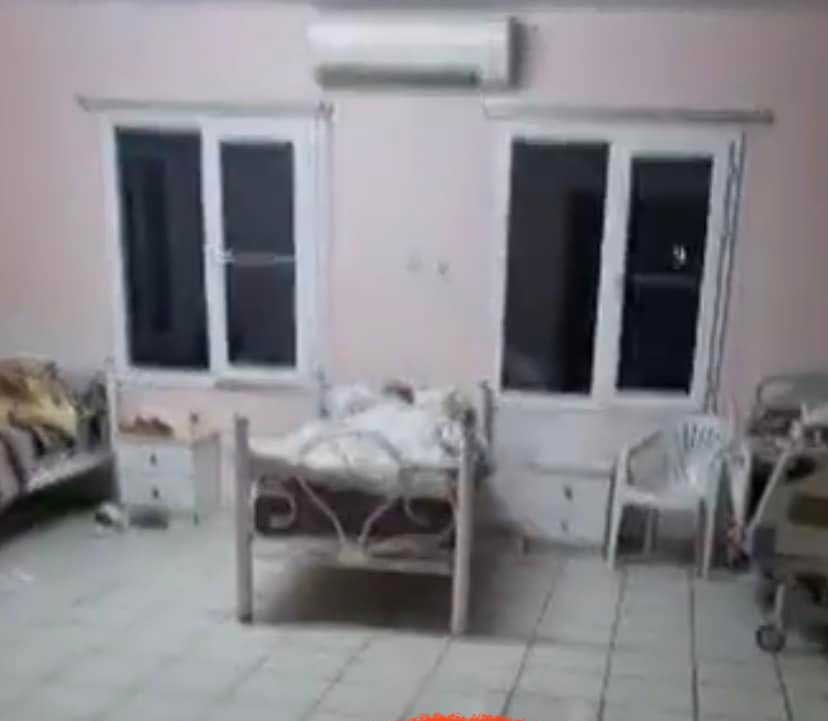 One of the rooms in the nursing home

Turkish Cypriot authorities were accused on Monday of abandoning the elderly after a video on social media showed dismal conditions at a nursing home in the north owned by the Turkish Cypriot religious endowment foundation Evkaf.

A walk through the facility also showed furniture and other items piled up in rooms and common areas, and an elderly woman appeared to be tied to her bed.

Twenty Covid cases have also reportedly been identified in the same nursing home, and according to the Turkish Cypriot press, during an inspection officials found dozens of boxes of expired medication.

On Facebook, head of the association of elderly rights and mental health Hatice Jenkins accused authorities of neglecting elderly members of the community.

Jenkins, an academic, wrote she had repeatedly tried to warn several ‘government departments’ and Evkaf about the problems faced by the specific nursing home, to no avail.

“Nobody takes us seriously,” she wrote, adding that a committee was formed at some point in 2019 which was quickly forgotten, with all meetings cancelled.

“In this process, I reached every party and authority,” she said, without finding any support to fix the nursing home “structurally and institutionally”.

Speaking to the Turkish Cypriot press, she explained that the specific care home has been managed by a private company for 15 years and has long been understaffed and facing several problems.

Jenkins added that the association had received several complaints from people staying at the facility and their families, saying that people were left alone overnight with nobody to tend to their basic needs or give them medication.

The Cyprus News Agency said that Turkish Cypriot leader Ersin Tatar said he will be taking personal responsibility for the situation, while ‘prime minister’ Faiz Sucuoglu visited the facility on Saturday.

Following his intervention the nursing home was moved under the jurisdiction of Trikomo ‘municipality’ and members of the local board were stripped of their titles, with many social media users and media outlets calling for them to be prosecuted.

On Monday, Evkaf announced that the elderly residents of the care home will be moved to another building in another area under its jurisdiction in Famagusta.

The ‘health ministry’ said that medical checks were performed on all of them and that eight were taken to hospital in Nicosia for urgent treatment.

It added that all of the residents have been fully vaccinated and were given booster shots.