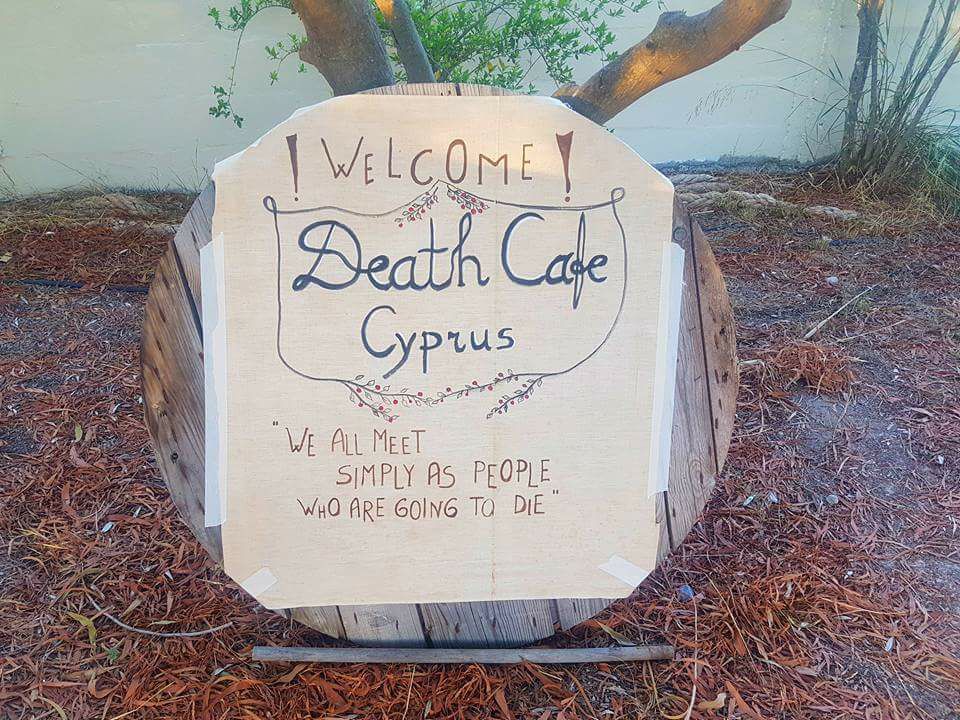 Talking about death is not that common. An upcoming event hopes to address that in an informative and even fun manner. ELENI PHILIPPOU finds out more

Let’s talk about death. It is not very common that death is the focal point of public discussions. Death, or talking about it, is not just about losing loved ones and does not always have to have a negative and twisted end.

Ancient Mayans saw death as the next stage of being. Their belief in life circles meant that death would bring new life or a rebirth of the soul that passed. They painted skulls with flowers and bright colours to celebrate life and honour this next step as it signified the beginning of something new.

Over the past two years, death statistics have dominanted the news with the pandemic invading all aspects of life. But how can we talk about death without feeling like gloom and doom is upon us and why should we?

The Death Café, an initiative that started in London in 2011, invites individuals to come together, drink tea or coffee and talk about death. Group-directed discussions on death take place with no agenda, objectives or themes, which makes it different from grief support or counselling session. The café is a model developed by Jon Underwood and psychotherapist Sue Barsky Reid, based on the ideas of sociologist Bernard Crettaz and quickly picked up global popularity.

As of today, there are 13,653 Death Cafes in 81 countries and in 2017 the first Death Café opened in Cyprus. After being inactive for almost two years, the Café concept returns to engage in conversation over coffee.

Held at the MedOrganic MindSpa in Kellia, Larnaca the reboot of the Death Café Cyprus will take place on Sunday February 13. From 6pm to 8pm, Grigoris Gregoriou and Ruta Dzikaraite, the MedOrganic founders and Café facilitators, will create a space for people to discuss death.

“In 2016 on a trip to London,” says Grigoris, “I went to visit my godmother who had a brain tumour removed. Being in an environment surrounded by terminally ill people, I made an observation that although I was devastated, they were smiling and comforting me. That triggered many questions surrounding death, so I googled and came across an event organised by Death Cafe London, a place where people, often strangers, gather to eat cake, drink tea and discuss death. Discussing death was something I had never done or heard of so I made the decision to go.”

The event was held at a Buddhist temple and its theme was ‘Embracing Death and Dying Day – a celebration of life through the reflection on death’. Besides the death café, the event also included lectures on death, palliative care, will writing and advanced care planning.

“There I was,” he says, “a born orthodox Christian, sitting among strangers: Hindu, Muslims, Protestants, Daoists in a Buddhist temple talking about death. What is discussed in a death cafe remains confidential but I can share with you that at the end I left with an uplifting feeling.”

So in 2017, Grigoris and Ruta held the first café in Cyprus but the publicity it generated was not all positive. “We received numerous calls from different people (even local clergy got involved), policemen came to our house to interrogate me on what my plan regarding the event was. Some members of our local community were crossing themselves when they would see me.

“Jon Underwood found that very amusing,” adds Grigoris, “he also said such a response was also observed in Italy. He believed that showed a very high fear of death.”

But talking about the difficult topics aims to make them less so. “Sometimes voicing the subjects we usually don’t bring up in public helps to shed a light into the shadow and confront our rational or irrational fears. Our objective,” says Grigoris quoting the Death Café franchise “is to increase awareness of death with a view to helping people make the most of their (finite) lives.”

Talking about death without talking about grief can be tricky, but the franchise makes it clear that the events do not act as support groups, there are professionals for that. The aim is to encourage conversation without any prompts. Experience has shown that already people have plenty to discuss on death. Beliefs on what death is, experiences, the afterlife, euthanasia are a few topics that can come up, though each event is different depending on the people who join.

So far, those that have attended the Café have embraced the concept says Grigoris. “We have always had a positive response from people and a kind of uniting experience as we realise that we all have this in common – there will come a moment when we have to face dying – our own or our loved ones and even if nothing can prepare you for such a thing we can at least voice this subject out loud and share our experiences and our knowledge.”

Talking about death might not be the ordinary coffee table chit chat but it can lead to fascinating, even fun conversations. Perhaps talking about all the good, bad and ugly that encompass death, removes a bit of the fear that surrounds it. As the founder of Death Café, John Underwood would say: “Just like talking about pregnancy won’t make you pregnant, talking about Death won’t make you dead”.