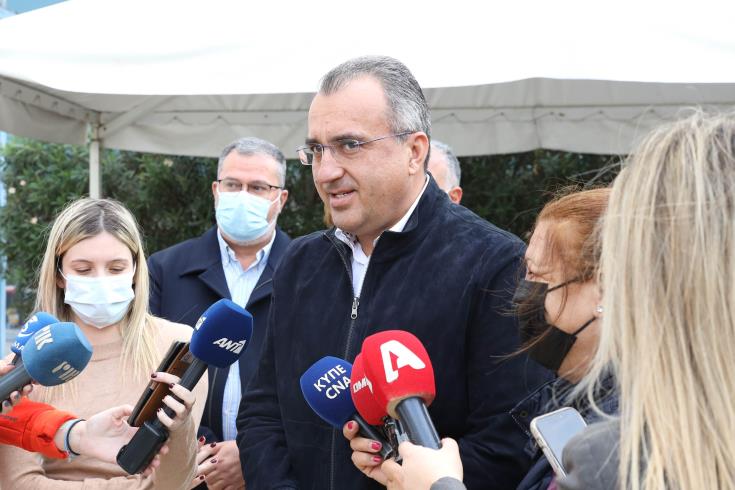 New measures will be announced in coming months to safeguard the public health care system from abuse and fraud, the health minister said on Friday amid growing concerns Gesy was turning into a gravy train.

A slew of alleged fraud cases have come to light in recent days following the auditor general’s report last week, which claimed that the health insurance organisation (HIO) – the Gesy operator – was in many areas acting illegally.

It is understood there are over a dozen cases now being investigated, with one doctor facing criminal charges, another has been fired and eight others have been suspended.

Asked to comment on the auditor general’s report, Health Minister Michalis Hadjipantelas played down its severity.

“The health ministry’s position on the matter is that Gesy is a new health care system and it’s only natural for there to be some issues at this point in time, but we must take immediate corrective measures to fix these problems,” he told Alpha News on Friday morning.

He said new measures will be announced within the coming months, following consultations with the HIO.

As for the recent scandals which have surfaced in the media, Hadjipantelas said that there have been many meetings with the HIO on such matters and he is confident that solutions will be found.

“[With the new measures] these abuses will be reduced as much as is possible and the doctors who are taking advantage of the system will not be dealt with softly,” he said.

“The easiest way to proceed would be to scrub them from Gesy and where necessary to take legal action,” Hadjipantelas added.

Police spokesman Christos Andreou confirmed on Friday that the case of a gynaecologist from Limassol who claimed expenses for a surgery which allegedly never took place is now under review by the legal services. A separate case of a Nicosia doctor who allegedly charged for injections which were never administered is now in court.

Elsewhere, Sigma reported that plastic surgeons had submitted fictitious invoices claiming to have removed cancerous moles, whereas they had instead administered Botox injections. Another case is that of a pharmacy which allegedly claimed expenses for prescriptions that were never handed out.

Reports also suggested that the HIO receives on average 300 complaints a month from patients, or about 3,600 a year, of which 10-15 per cent relate to attempted fraud by doctors. Other complaints relate to negligence, bad behaviour and delays.

Acting general director of the HIO Athos Tsinontides acknowledged that complaints have been made but said he was not immediately aware of the exact number.

“But in any case, the positive aspect is that the public, the beneficiaries, have begun working with the organisation to assist us in stamping out wherever necessary the abuses,” he told Sigma.

Some within the public have bristled at the apparent lack of oversight which would prevent abuses in the first place, or at least detect misuses much earlier.

Pressed on the fact that it’s not just one or two doctors who are implicated, but seemingly a significant minority, Tsinontides said that it is not fair to generalise.

“It’s not one or two but there are many honest healthcare professionals out there who are upholding their oaths, but unfortunately there are cases where the organisation (HIO) is forced to take the measures previously mentioned – and I think we’ve shown that we won’t hesitate to break a few eggs,” he said.

Asked about preventative methods to shield the system from abuse, rather than reactionary measures, he said in a roundabout way that it cannot be that doctors’ hands are tied from carrying out their day-to-day duties.

The contracts signed by the HIO with private hospitals and clinics have also come in for harsh criticism, but the organisation has defended them saying its legal advisors have justified the process.

The Cyprus Medical Association (Cyma), and others, however, have hit out and said that procedures carried out at one hospital are more expensive compared to others, as laid out in the contracts. Critics of the HIO have called for the price of each procedure to be the same across the board.