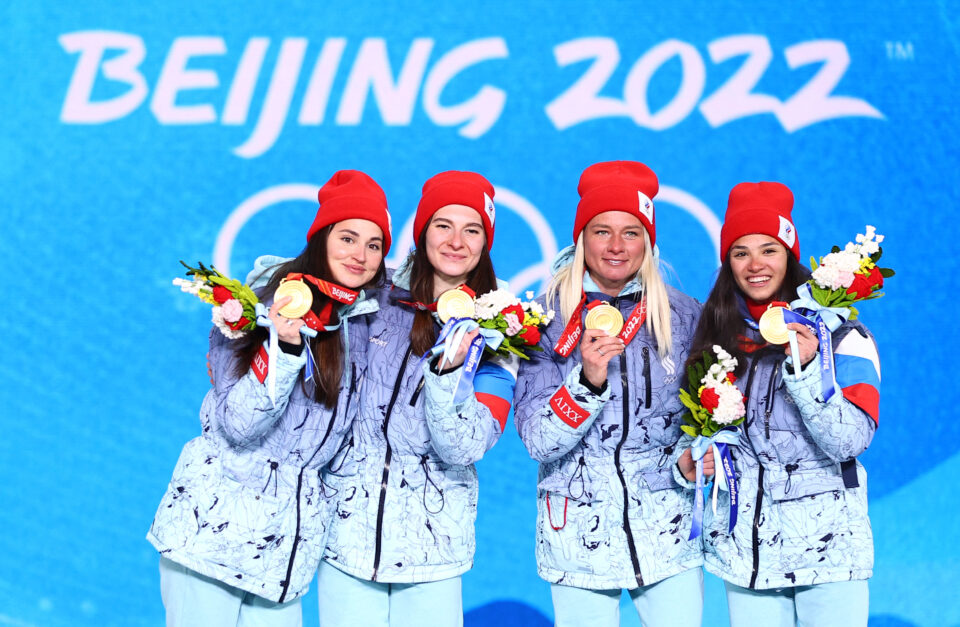 The Russian Olympic Committee delivered a dominant display to win the 4x5km cross-country relay on Saturday, with Germany fending off the superpowers of the sport to take a sensational silver at the Beijing Games.

Sweden secured bronze, as individual sprint champion Jonna Sundling made up ground after a poor third leg by Frida Karlsson to beat Finland’s Krista Parmakoski in a sprint for third place.

The race will go down as one of the greatest Olympic days for Germany’s women on the cross-country trails, as they broke early along with the Russians and combined power and courage to hang on for a scarcely believable second place.

The four legs of the race were split, with the first two in the classic style and the second two freestyle, as each racer from the 18 teams completed two laps of the 2.5km track.

Norway’s hopes suffered an early blow as Tiril Weng fell following a collision with Latvian rival Patricija Eiduka, but her team managed to battle their way back into contention before falling away again late on.

The Russians took an early lead through Yulia Stupak, who led 12.9 seconds ahead of Sweden’s Dahlqvist after her first lap. However, she was reined in by the unlikely figure of Katherine Sauerbrey of Germany by the first exchange as the Germans showed they were not here just to make up the numbers.

Sauerbrey’s team mate Katharina Hennig made a surprise break midway through her second lap to leave Natalia Nepryaeva in her wake, building up a lead of 4.3 seconds at the second exchange, with the top seven teams all within 30 seconds of the leaders.

The chasing pack was whittled down to three during the third leg, with Swede Frida Karlsson, Finland’s Kerttu Niskanen and Norway’s Helene Marie Fossesholm tightly bunched together.

None of them seemed to be able to find a pace that would bring the gap down to less than 20 seconds however.

That left ROC’s Veronika Stepanova and Germany’s Sofie Krehl locked in battle on the final lap, with Stepanova spurting away to victory by 18.2 seconds ahead of Krehl to claim the Olympic crown, before Sundling sprinted down Parmakoski for the bronze.

“It is a special day,” said Stepanova. “It was really tough because we have a win in the World Cup and a lot of people say, ‘You must win, you must win.’ So I am like, ‘OK, we need a good result,’ and I do what I can do.”

While the Russians had to deal with starting as favourites, the Germans struggled to comprehend what they had achieved.

“I don’t have words for this. It’s unbelievable,” said Victoria Carl. Hennig said: “It was like a thriller. I was so excited when the other girls were racing. It was an incredible feeling at the end.”

“It’s amazing. We are so happy. I can’t believe it at the moment,” said Sauerbrey, while Krehl added: “It’s a lot of emotion – maybe I need some time and then I can recognise what we have done.

“Of course it’s a surprise, but we all had really good races in the last few days.”