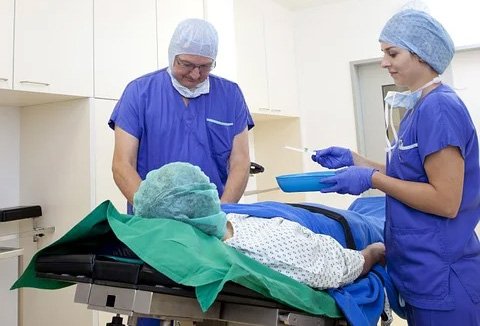 Health Minister Michalis Hadjipantelas on Tuesday announced an action plan to tackle bad practices within the national health system (Gesy), asserting that despite its problems the system is not only not on the verge of imploding but can go from strength to strength.

In a statement following a meeting with the board of the Health Insurance Organisation – the entity that runs Gesy – the minister said the plan would begin being rolled out next month.

The meeting came on the back of an ongoing row over the state and future of Gesy – pitting the finance minister and the auditor-general against the HIO – with Hadjipantelas seeking to put out the fires.

The controversy, simmering for some time, blew up last week in parliament when auditor-general Odysseas Michaelides said some have turned Gesy into a gravy train and blamed the HIO for the waste. Returning fire, the HIO accused the auditor-general and Finance Minister Constantinos Petrides of secretly harbouring a desire to torpedo the system.

Petrides warned at the time that unless remedial action is taken, contributions to Gesy would need to go up by 20 to 30 per cent if the system is to “survive”.

Following Tuesday’s meeting with the HIO, Hadjipantelas struck a conciliatory tone, thanking the organisation for their efforts to date.

“At the same time, however, this young child [Gesy] that is almost two years old, has various problems that we must correct immediately.”

He said the health ministry has drawn up a number of recommendations aimed at fixing the abuses within the system – but that at the end of the day, it is up to the HIO board to implement them.

According to Hadjipantelas, the HIO saw his recommendations “in a positive light.”

The recommendations relate to some of the new contracts signed between the HIO and healthcare facilities joining the national health system – an issue flagged by the auditor-general.

For example, under these contracts, for the same operation one facility gets paid €4,600, another €3,500, and a third €3,000. Also, these surgeries might be carried out by the same doctor.

The auditor also cited a case where an 83-year-old general practitioner had around 2,500 patients registered with him, instead of the 2,000 allowed.

And according to the auditor, among the five highest-paid doctors, three did not file tax returns for 2019 or 2020.

It’s understood that last Friday – a day after the tumultuous session in parliament – the auditor-general forwarded to the attorney-general his findings of possible criminal offences within Gesy.

Hadjipantelas said that they would be looking into the question of alleged tax evasion by doctors.

But his action plan would go beyond addressing the shortcomings – it would also seek to improve services. For instance, a timeframe will be set for the operation of on-call clinics.

“So we are not only speaking of savings, we are speaking about improving the national health system, and with this we want to send the message that Gesy is not collapsing but rather it is being buttressed, and that we shall offer even better services to the Cypriot public.”

On social media over the previous days, the auditor-general and the finance minister sparred with HIO officials.

The main bone of contention relates to the finance ministry cutting back some €150 million from the HIO’s budget – apparently on the advice of the auditor-general.

The HIO called the move “arbitrary” and motivated by “personal passions.”

Man arrested for pretending to be doctor, operating scam