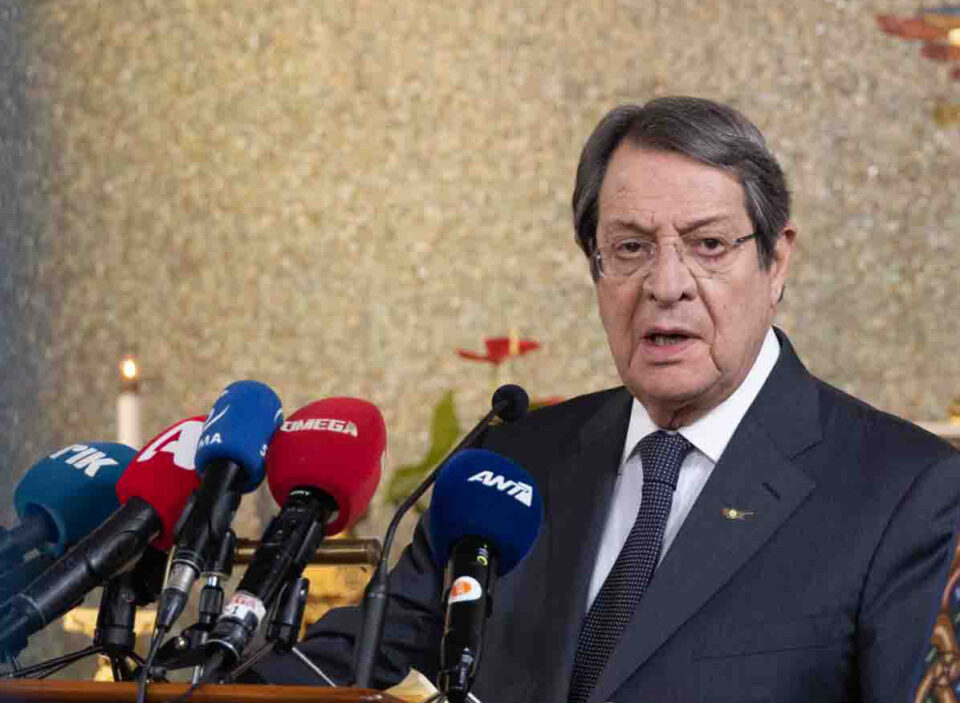 President Nicos Anastasiades on Thursday condemned “in the strongest possible terms” actions violating the sovereignty and territorial integrity of an independent country, after Russia’s attack on Ukraine.

He was speaking before his departure to Brussels from Dubai for the extraordinary European Council on the issue.

“I must say that it is with great disappointment that we are watching what is happening in violation of international law and we cannot but as a country condemn similar actions which violate the sovereignty and territorial integrity of an independent country,” he said.

“I would like to believe that dialogue will prevail over force,” Anastasiades said.

He added that the government is watching the developments “with concern” and that statements suggesting an intention to further expand military operations are “even more worrying”.

In a tweet later, the president reiterated his statements saying “respect for the borders of territorial sovereignty and integrity is a non-negotiable principle”.

Despite initially saying the Greek Prime Minister Kyriacos Mitsotakis would represent him at the EU meeting, it was later announced Anastasiades will depart from Dubai to Brussels at around 2pm Cyprus time. During the meeting which starts at 9pm Cyprus time, European Union leaders will discuss new, tough sanctions on Russia.

Anatasiades will be accompanied by the deputy minister to the president Kyriacos Koushos and deputy government spokeswoman Niovi Parisinou as well as other officials.

Foreign Minister Ioannis Kasoulides also made statements over the “regrettable” developments in Ukraine, saying these are “contrary to international legality”.

“These are military operations within Europe, something we have avoided since the end of WWII,” Kasoulides said, extending a warning to Cypriot citizens in Ukraine.

The crisis management centre of the foreign ministry has been activated and is at the disposal of the people for consular assistance and possible implementation of evacuation plans, he said.

In reference to the EU council meeting, Kasoulides said the president will participate with the aim to find a “joint and united response” of the EU leaders to the developing situation.

This will include sanctions, which “may have an impact on all member states, including Cyprus”, he said.

Kasoulides also called for a ceasefire “to avoid civilian casualties and a return to the diplomatic route”.

His statements for a ceasefire echoed Disy’s leader Averof Neophytou who compared Ukraine’s situation with Cyprus and expressed his support to Ukrainian people.

“Cyprus, a victim of invasion and continued occupation, has no right to remain silent. We fully support the Ukrainian people,” he said.

Meanwhile, acting president and House president Annita Deemtriou announced she will convene an emergency meeting with state officials to coordinate and manage the situation following the current developments in relation to the crisis in Ukraine.

“We are following the whole situation closely, with great anxiety and concern, and are alert and ready,” the House of Representatives said in a statement.

The meeting will take place at 11am at the house of representatives and will be attended by Justice Minister Stephie Dracou, directors general of ministries, the Chief of the National Guard Lieutenant General Demokritos Zervakis and the Police Chief Stelios Papatheodorou.

Other scheduled meetings of the house president have been cancelled, the announcement added.

“Due to the extraordinary developments and the President of the Republic’s trip to Brussels and pending the decisions of the extraordinary summit of the European Council, the meeting in the House of Representatives will not take place,” it said.