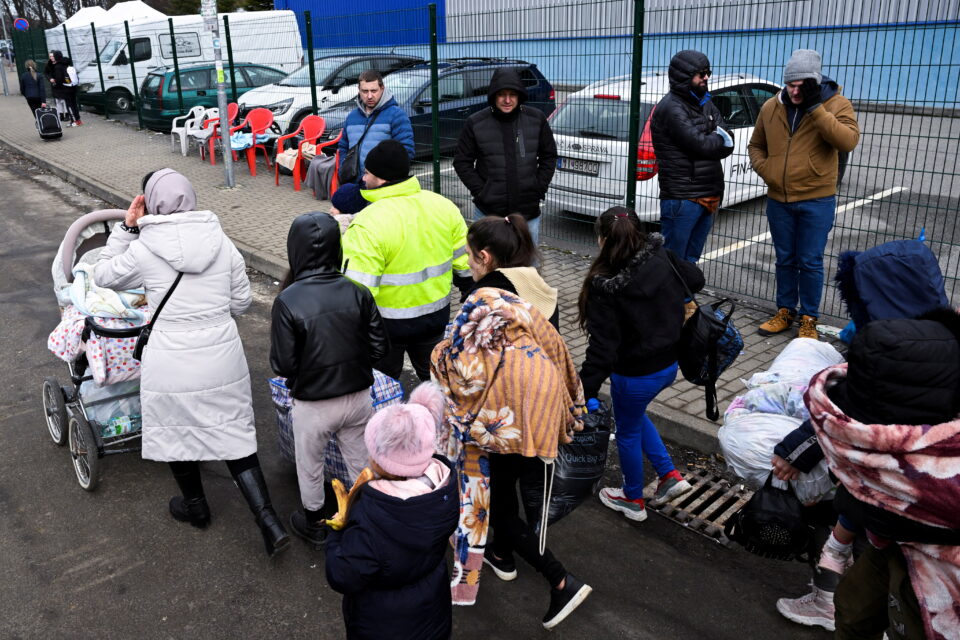 The embassy of Cyprus in Ukraine suspended its operation on Saturday as efforts were expected to be made by Greece for the evacuation of Cypriots and Greek citizens from Ukraine, a Cypriot official in Kyiv said.

The only way to evacuate the invaded country for now, is by land, which is dangerous, “because anything moving on the road can become a target”, the Deputy Chief of Mission Embassy of Cyprus in Ukraine Lina Themistokleous told the Cyprus News Agency.

She added a ministerial committee meeting scheduled on Saturday is expected to approve the launch of the national Estia action plan for the organised reception, hospitality and repatriation of civilians.

Earlier in the week, thousands of Ukranians, as well as around 500 Israelis, evacuated the country by land, after Russian troops began an all-out invasion in the country on Thursday.

In total, 40 Cypriots still living in Ukraine have contacted the embassy so far, out of 130 who were initially registered on the online platform www.connect2cy.gov.cy as living there.

“Although the number changes daily… it seems that most of them listened to the foreign ministry’s warning and when there were still transport links they left and returned to Cyprus,” the diplomat said.

Meanwhile, a departure of Cypriot and Greek citizens is expected to take place at a later stage, which Greece has undertaken to organise, Themistokleous said.

Her statements came as the foreign ministry decided to suspend the operation of the embassy of Cyprus in Kiyv and advised Cypriot citizens still in Ukraine to stay at home or in safe shelters “until the situation is reassessed to allow their movement”.

The foreign ministry added it is contacting Cypriot citizens who are in Ukraine and have registered on the connect2cy platform and/or on the lists of the Embassy of Cyprus in Kiev, so that their personal safety can be confirmed, and guidance given.

The suspension of the embassy’s operations followed relevant announcements on the continuing deterioration of the situation in Ukraine, the foreign ministry said, referring to Russia’s all-out invasion of the country that begun early Thursday.

It reiterated a call to all Cypriot citizens in Ukraine who have not already done so, to contact the Crisis Management Centre of the Ministry of Foreign Affairs, to make their presence in the country and their intentions known.  They are also invited to register their details by registering on the online platform www.connect2cy.gov.cy.

Arrangements were also made with the embassy of Greece in Kyiv, so that, “when and if conditions permit,” those who with the means to do so can leave the country.

Greece’s foreign ministry also announced its ambassador to Ukraine and embassy staff will leave Kyiv on Friday. Other Greek citizens wishing to leave can join them, the announcement said, adding the Consulates General in Mariupol and Odessa remain in operation until further notice.