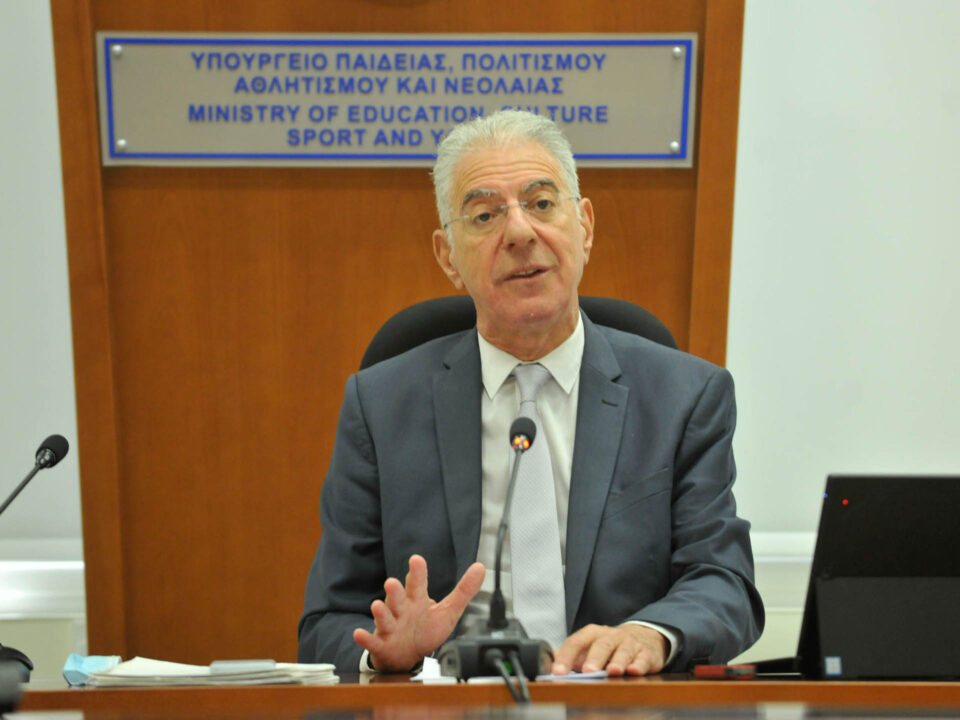 The results of the twice yearly exams in high schools, which were similar to previous years, contradict reports they were a debacle, Education Minister Prodromos Prodromou said on Saturday during a meeting with organised parents.

Citing data from the results of the exams that took place in January, the minister said they were as expected in the main subjects, with “a normal distribution” that does not differ from previous years.

Deviations were seen of 1-1.5 points, and were sometimes positive, the minister said.

About 10 per cent of the final year students excelled in Modern Greek with scores varying from 17 to 20, while the majority had average performance, with more than one-third scoring between 10 and 13 out of 20.

These results are already being used for the internal improvement of the school, for the adaptation of teaching methods and for the better organisation of studies “which is the next big issue we should discuss”, Prodromou said.

The minister was talking in a meeting with the board of directors of public school parents’ associations with the aim to provide thorough information on the procedures followed in high schools and technical schools for the evaluation of the exams.

“We want and need to consult with parents, and pass on the message to children, to the new generation, that knowledge, learning, requires effort,” he said after the meeting, adding that schools should not be a kind of commerce “where the customer is always right”.

The coronavirus pandemic has caused difficulties for everyone “but we can’t cancel the school, assessment,” or the quality of the graduation certificate, Prodromou said.

The results were published a day after secondary school students staged a two-hour boycott of classes on the instructions of students’ union Psem, demanding the immediate abolition of the twice-yearly exams which were introduced a couple of years ago.

Teaching unions and parents’ organisations are also opposed to the twice-yearly exams and have repeatedly called for the abolition of the January exams, with parents in particular calling for increased dialogue with the education ministry to find common ground.

Abolition calls intensified during the pandemic, with students, teachers and parents all claiming there had been too much disruption to children’s education.