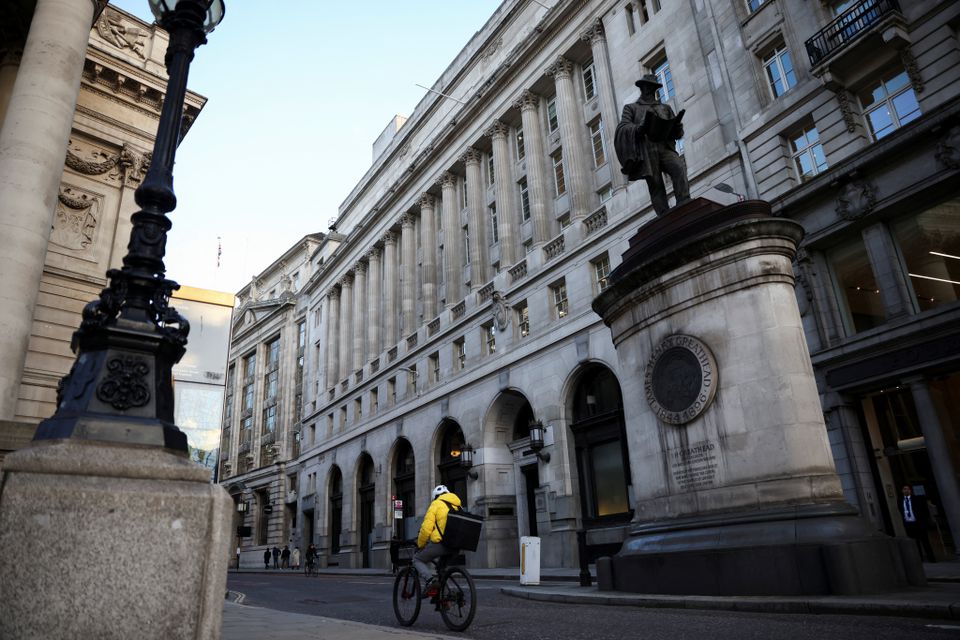 VTB Capital last week lowered a large Russian flag at its palatial building opposite the Bank of England in London’s financial district, signalling a retreat from one of the main global centres for money flows.

Hours earlier, Britain had said it was freezing the assets of Russia’s largest investment bank as punishment for Moscow’s invasion of neighbouring Ukraine, as part of what the government said is its largest-ever package of sanctions.

Britain has targeted Russian banks and members of President Vladimir Putin’s closest circle, imposed a ban on Russia selling debt in London’s markets and limited deposits by its citizens.

These and other planned moves could signal the end of ‘Londongrad’ as the Western capital of choice for the Russian oligarchs who flaunt their wealth in European luxury hot spots.

London has also been the go-to venue for foreign capital-raising by Russian firms, many of which craved a listing to gain international financial respectability, and more than 20 of them, with a total market value of more than 400 billion pounds ($536 billion), are listed on the London Stock Exchange (LSE).

VTB Capital, the investment banking arm of VTB, Russia’s second biggest bank, was set up during the global financial crisis in 2008 as a symbol of Russia’s attempts to promote the country’s integration into the global economy.

The lender said it was “taking all necessary measures to resolve the situation with each of our clients” and was “determined to continue co-operation with clients and partners in accordance with the law”.

Britain said the bank, which raised tens of billions of pounds for the Russian government and state-owned companies through London’s markets, was being targeted because it was controlled by the Russian state. It has given VTB Capital 30 days to wind down any transactions, potentially allowing the bank to move assets and transfer operations elsewhere.

Nevertheless, the LSE suspended VTB Capital on Feb 25., the first full day after the measures were announced, meaning the bank could no longer trade shares on behalf of clients.

VTB Capital, which had already been reducing its presence in London after the disruption caused by Brexit, did not respond to a request for comment.

The exact scope of the new sanctions will only be disclosed in legislation this week and most of the names of the 100 Russian oligarchs and entities Britain has promised to target have not been revealed.

So far Britain has only sanctioned ten Russians, with minimal assets in Britain, giving others a chance to move them to proxies offshore. Over the weekend, Russian billionaire Roman Abramovich said he was giving management of Chelsea soccer club to the team’s charitable foundation amid calls for him to be sanctioned.

“If the government decides to take action, London could significantly impact the activities of … (Putin’s) inner circle,” said Tom Best, an international investigations partner with Paul Hastings in Washington.

Russian business has grown tentacles deep in Britain’s financial system in the thirty years since the Soviet Union’s collapse, prompting the British parliament’s security and intelligence committee to warn in 2020 that its influence was so deeply embedded that by now it “cannot be untangled”.

While Russian billionaires are best known for their high-end mansions in Belgravia and Knightsbridge, the protection provided by the English legal system, along with light-touch regulation, has also made London a haven for much of their private wealth.

Russians have more than 27 billion pounds invested in Britain where they come to bank, shop, educate their children and make use of the courts, government data shows.

With an estimated 60 per cent of the wealth of Russia’s richest households held offshore, this has come under increasing scrutiny in the build-up to the invasion of Ukraine.

And, as happened before previous rounds of sanctions imposed in 2014 and 2018, some Russians have prepared for ownership changes to be triggered in the event of new sanctions in order to soften the blow, people close to them said.

Two with billions of dollars in the West are among those who have been preparing to shield their fortunes, they added.

“Law firms have been working in overdrive,” one said.

Financial transparency campaigners say even more Russian money flows into British tax havens, including the Cayman Islands and the British Virgin Islands, than into London.

But the British government has not said if, or how, it will force this network to disclose the true owners of assets.

Roman Borisovich, a former Moscow investment banker who is now an anti-corruption campaigner, said because London was the biggest centre of Russian money in the West the British government needed to do much more.

“The UK is a weakest link letting down the entire Western alliance’s effort,” Borisovich said, adding that the measures announced so far “are not even remotely sufficient”.

Mikhail Khodorkovsky, who was once Russia’s richest man but who fell foul of the Kremlin, also said Britain and the United States need to take tougher measures to stop Russian money gaining political influence in Washington or London.

“If you say you are putting three oligarchs under sanctions, tell Putin that he is a bad man and prevent him shopping in Milan, then Putin will simply laugh,” he said.

Unlike after Russia’s annexation of Crimea in 2014 or a nerve agent attack blamed on Russia in southern England in 2018, British officials say this time is very different.

“Our clear intention is to choke off Russians’ use of London as a place to keep or raise money,” one told Reuters.

Britain will announce more sanctions, including against high-profile individuals and businesses, they said, adding that the size of the team involved in putting them in place has trebled in two months.

Liz Truss, the foreign minister, told lawmakers in a private meeting last week that London law firms are delaying efforts to implement sanctions against Russian oligarchs, according to Ben Bradshaw, a member of the opposition Labour Party.

Even if accounts could be traced, a big obstacle for British sanctions officials seeking to freeze individual accounts held by Russian billionaires could be the multi-layered system of trusts through which most hold their private wealth.

“I think most of them have already transferred their accounts just to make sure they do not fall under sanctions,” Sergei Aleksashenko, a former deputy chairman of the Russian Central Bank now in exile in the United States after falling out with Putin’s government.

However, Britain’s decision to ban commercial flights, including Aeroflot, and all Russian private jets will have a dramatic impact, said Chris Weafer, a director of Moscow-based consultancy Macroadvisory and a long-time British member of Russia’s investment community.

Russia responded with a ban on British airlines.

“The Aeroflot ban has put the final nail in what was Londongrad,” Weafer said, pointing to the number of Russian children at school in Britain and the use of London’s medical facilities by Russians, as well as its world-renowned shops.

Plane returns to Larnaca for man onboard to be arrested (updated)

No kites on Green Monday near Larnaca airport