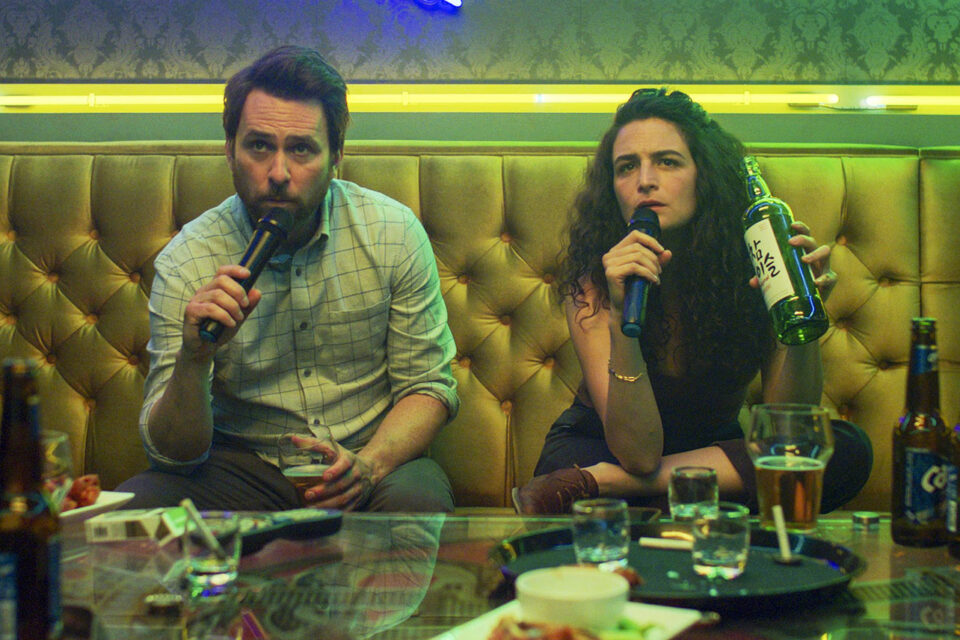 I want you back

While the genre is enjoying a reboot, newer forays are adding some excellent humour says CONSTANTINOS PSILLDIES

Sappy, saccharine, formulaic and predictable, the romantic comedy genre has always been good for exactly one thing: a painful compromise for movie night. Hollywood is flooded with rom-coms that have the exact same plot, leading to a meta commentary on them by later movies that still can’t escape the banality of the genre.

But like everything in Hollywood nowadays, the rom-com genre is getting a reboot. Movies like I Want You Back, that dropped on Prime last week, are an attempt to reinvent the rom-com, injecting some real life romance and some out of this world comedy. Here are our suggestions for rom coms who are not like the others!

With two seasons out and a third on the way, Trying tells the story of a couple (Nikki and Jason) who have been trying for years to have a baby but after many attempts they decide to adopt. The couple goes into high gear trying to impress the adoption agency and work out their marital issues along the way.

Heartfelt and at points hilarious, Trying makes full use of starring duo, Rafe Spall and Esther Smith balancing real-world problems faced by couples in marriages and comedy moments that are pure gold!

One can blame Adam Sandler for a lot (Grown Ups 1&2) but no one can deny an irrefutable truth. The man has, to this day, not made a single commercial flop. That’s right, not even Pixels. I don’t why this is; I’m guessing a contract with the devil was involved somehow but here we are. But every now and then, his juvenile humour gets mixed with the right ingredients and something good comes up. Murder Mystery, co-starring Jennifer Aniston, is one of those times. Sandler and Aniston star as a working-class couple from New York who find themselves mixed up with the murder of an ultra-wealthy patriarch. Don’t get me wrong, this movie is not meant to be taken seriously, but at least it’s original enough to be distinguished from the pile.

One of the greatest box office hits of 2017, The Big Sick is a somewhat biographical story of protagonist Kumail Nanjiani before he made it big in Hollywood. An aspiring stand-up comedian, Kumail strikes up a relationship with a white woman, Emily, but breaks up with her after she discovers that his parents are trying to set him up in an arranged marriage. Emily has an accident and is put into a coma but Kumail refuses to leave her side.

Heartfelt, funny and sensitive, this rom-com explores the difficulties of intercultural relationships, as well the struggle children of immigrants’ face trying to reconcile their heritage and the culture of their new home.

I Want You Back (Prime Video)

Charlie Day (Always Sunny in Philadelphia) and Jenny Slate (Parks and Rec) star in this 2022 comedy as Peter and Emma, two people who got dumped by their partners. After accidentally meeting each other and finding they have the same problem, Peter and Emma decide to get involved with the other one’s partners to break them up so they can get them back.

Heartbroken and horribly misguided, the protagonist duo spits in the face of emotional maturity and goes for the petty, juvenile plan of destroying their former partners’ lives, so they can swoop in and pick up the pieces. Despite their horrible scheme though, the audience can’t help but cheer for them as they stumble from one ill-conceived plan to another. Day and Slate have amazing comedic chemistry and can deliver a laugh even when not speaking. A shallow story that evolves into a realistic journey of self-discovery and love is exactly the depth the rom-com genre needs.

Escapee from Paphos police cells to be referred for trial

A Green Monday feast at the Home for Cooperation