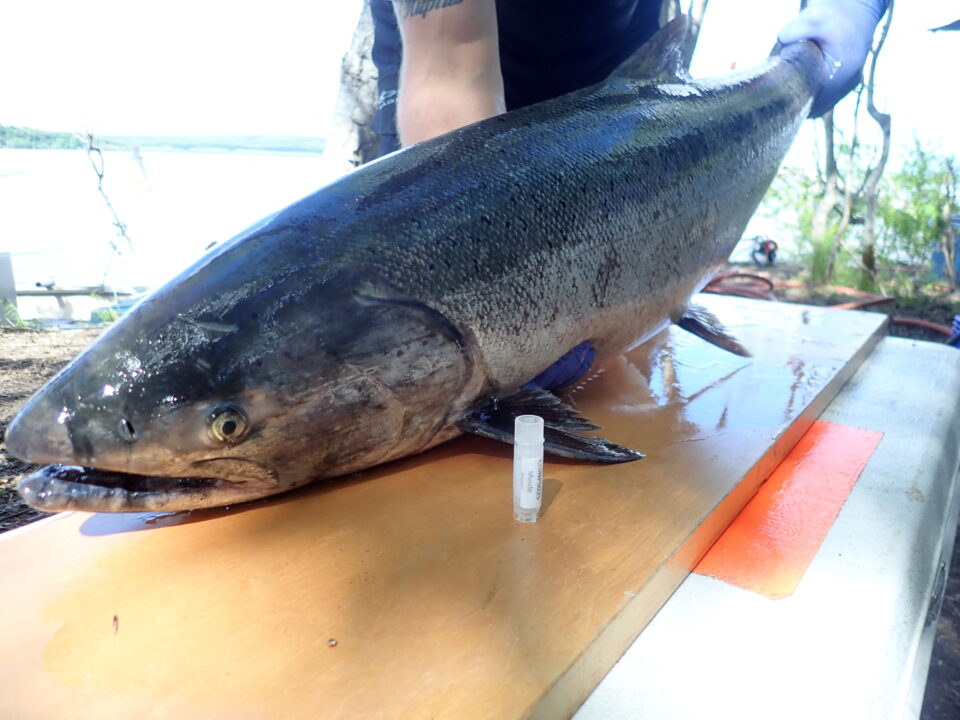 With marine heat waves helping to wipe out some of Alaska’s storied salmon runs in recent years, officials have resorted to sending emergency food shipments to affected communities while scientists warn that the industry’s days of traditional harvests may be numbered.

Salmon all but disappeared from the 3,200-km Yukon River run last year, as record-high temperatures led to the fish piling up dead in streams and rivers before they were able to spawn. A study published February 15 in the journal Fisheries detailed more than 100 salmon die-offs at freshwater sites around Alaska.

Those losses meant that, even as temperatures were milder in 2021, the Yukon River salmon runs remained so anaemic that both Alaska and Canada were forced to halt their salmon harvest to ensure enough fish survived to reproduce for another year.

“Alaska is known for salmon and being cold,” said Vanessa von Biela, a US Geological Survey research biologist and lead author of the study on the 2019 die-offs. Now “we have basically the problems that have been known for a long time at the lower latitudes.”

The collapsed Yukon River salmon harvests delivered financial blows to both commercial fishers and indigenous communities, which traditionally stockpile the fish as a year-round food staple.

Last month, the US commerce secretary declared a disaster for the Yukon River fishery for both years, making federal relief funds available.

Scientists mostly have blamed ocean warming, with a series of heat waves in the Bering Sea and North Pacific Ocean from 2014 to 2019 affecting salmon living in the sea before their return to spawning grounds.

While the heat waves have passed, their effects have not, said fisheries scientist Katie Howard with the Alaska Department of Fish and Game. “We’re still seeing the residual effects,” she told a state legislative committee in Anchorage earlier this month.

Climate change may also be affecting salmon diets, with young salmon possibly filling up on nutrition-poor food like jellyfish as warmer waters in the Bering Sea drive away the more nutritious zooplankton the fish eat normally.

“In my opinion, the salmon are starving with climate change,” said Brooke Woods, the chair of the Yukon River Inter-Tribal Fish Commission from the Athabascan village of Rampart.

But the impact on freshwater habitats is also getting a closer look.

Previous research led by von Biela on the rivers, streams and lakes where salmon spend their early and late life stages, the team found that Chinook salmon show heat stress at temperatures above 18 Celsius, and start dying above 20C.

Alaskan Yukon water temperatures in the past ranged between 12C and 16C, with Canadian monitoring sites upriver measuring even cooler waters. But in 2019, temperatures on the Alaskan side were above 18C for 44 consecutive days, the February study found.

The warming impact can be muted by climate-driven glacier runoff, which feeds cooler water into rivers and streams.

Scientists expect salmon will gradually shift to new areas within Alaska, with profound effects for people who depend on the fish for their livelihoods, diet and culture.

“Salmon will find a way,” von Biela said. “But it is going to be hard for communities that are in places where there might not be salmon anymore.”

Ukraine’s Zelenskiy tells EU: ‘Prove that you are with us’