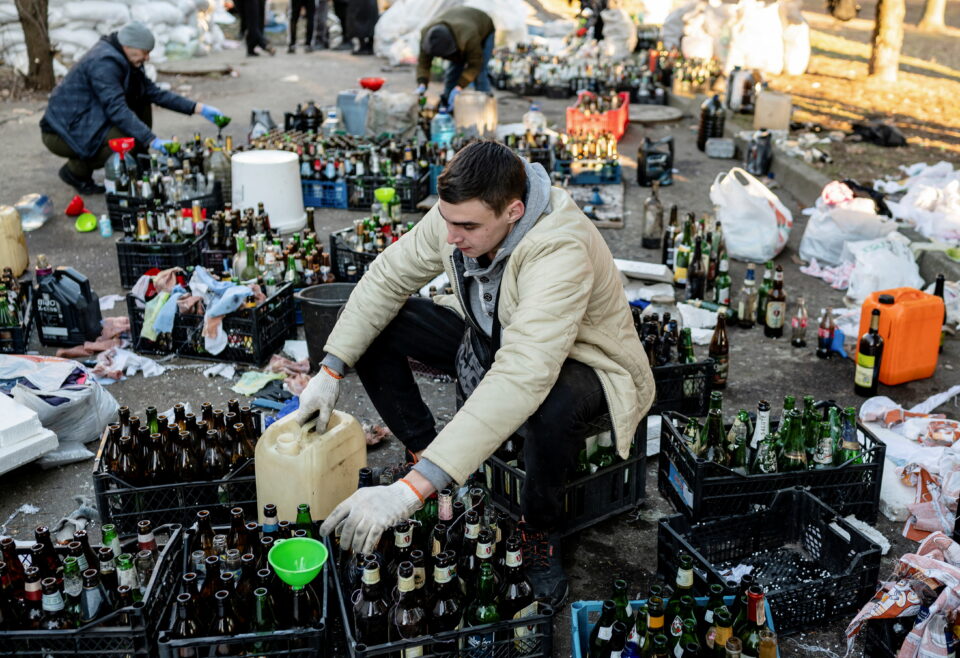 As Russian rockets pounded targets in eastern Ukraine, men of fighting age lined up for hours outside gun shops in the western city of Lviv on Tuesday to buy hunting rifles and shotguns to protect their communities.

“I can see that Russia will not stop, so I must stop them,” said Andrew Muzyka, a web developer waiting with dozens of men outside a gun shop near Lviv’s medical university.

Inside, the men received basic instructions on how to operate a firearm, then sought further approval from police before being permitted to buy one. Most models cost hundreds of dollars.

Nearly a week since Russian troops launched an invasion of Ukraine, they have not captured a single major city after running into far fiercer resistance than they expected.

Some experts have warned that Russia will now rely on a pitiless bombardment of built-up areas to weaken Ukrainian resistance.

On Sunday, the Lviv police announced that the procedure to buy such weapons had been simplified. A process that had previously taken two or three weeks could now be completed in two or three days, said Muzkyka.

He said he was thankful to other countries for their support but knew they wouldn’t send troops to fight in Ukraine. “If we can’t save ourselves, nobody can,” he said.

The shutters at another Lviv gun shop were pulled shut, but shotguns were being dispensed from a side door by a man in military uniform.

Among those waiting was Oleh Lekhush, who hailed from Stebnyk, about 80 km (50 miles) away. He said that the 500 people in his town’s civilian defence force had only about 20 firearms between them.

Lekhush said he ran a restaurant business and had no military experience. “But when the tensions began on the border I started making preparations,” he said. “Unfortunately the only thing I didn’t do was buy a weapon. But I’m hoping I will get it as soon as I can.”

Lekhush said he would buy whatever gun he was offered and was willing to spend up to $2,000.

Yuri Futalo, a video producer, held his documents in one hand and, in the other, the leash of a Vizsla hunting dog called Terra.

“I was planning to get a gun for hunting — the season opens soon – but now it’s a more urgent situation,” he said. “So I’m trying to get it as fast as possible, hopefully tomorrow.”

If the Russians came, Futalo said he wouldn’t hesitate to protect his loved ones, but hoped the war would soon end.

“It is better to hunt ducks,” he said.

Why people refer to Bitcoin as the new religion