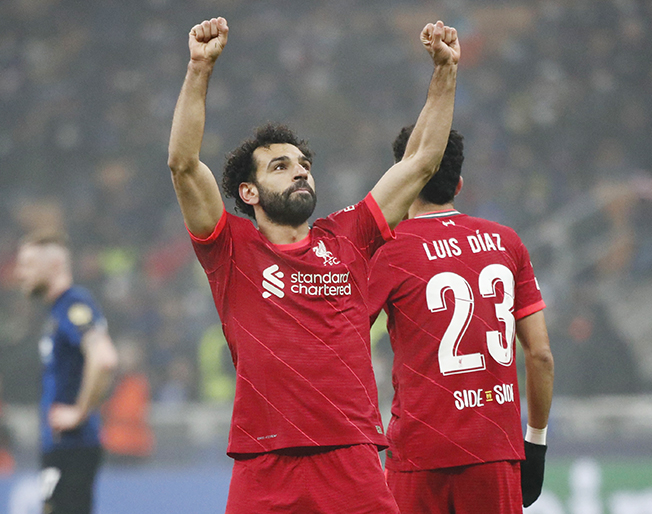 For a couple of hours on Sunday Liverpool fans will throw off their usual disdain for Manchester United and be rooting for their great rivals as they take on Manchester City.

Should Liverpool beat West Ham United on Saturday they would close the gap in the Premier League title race to three points having played the same amount of games.

If United were then to beat City at The Etihad the following day, Liverpool’s title destiny would be in their own hands.

It is a big if, however, as United’s interim manager Ralf Rangnick faces his biggest test since coming in to replace sacked Ole Gunnar Solskjaer.

While United are unbeaten in their last eight league games under the German, only one was against a top-six team, four have ended in draws including a 0-0 home stalemate with relegation-threatened Watford last time out, and fans are still struggling to work out a recognisable style of football.

City, while suffering a blip in a 3-2 home defeat by Tottenham Hotspur in their previous home game, have won 15 of their last 17 Premier League games and allowing United to sabotage their title hopes is unthinkable.

United did win on their last league visit to The Etihad almost a year ago, although that 2-0 triumph merely delayed City’s procession to a third title in four years.

Bruno Fernandes and Luke Shaw were on target that day and Fernandes has raised the stakes ahead of Sunday’s clash, especially with United’s hopes of finishing in the top four hanging in the balance.

“It’s one of those games where we know what it means for the city, for the fans, for the club and for ourselves,” he said. “It’s a game we want to win at all costs.”

United are in fourth place but their grip on the last Champions League qualification spot is precarious.

They have 47 points from 27 games, two more than fifth-placed West Ham United and sixth-placed Arsenal, but Arsenal have three games in hand and are in the driving seat.

Arsenal play at Watford in Sunday’s early kickoff when a win would seriously turn up the heat on United.

Liverpool have won their last 11 games in all competitions, claimed the League Cup last weekend with a penalty shootout win over Chelsea and will be buoyant ahead of the visit of West Ham.

The relegation battle continues at the weekend with bottom club Norwich City desperate for a victory against a Brentford side who have fallen into the danger zone.

Brentford are in 15th place but have lost seven of their last eight league games and defeat at Norwich would leave Thomas Frank’s side in real danger of undoing all their early-season promise by being relegated.

Burnley, who missed the chance to escape the bottom three in midweek when losing at home to Leicester City, host third-placed Chelsea knowing a point would haul them above Everton who face Tottenham Hotspur away on Monday.

Leeds United, another side in danger of being dragged into the relegation zone, begin life after Marcelo Bielsa with a tricky away trip to Leicester City on Saturday.

New American manager Jesse Marsch will need to hit the ground running to turn around the club’s slump.