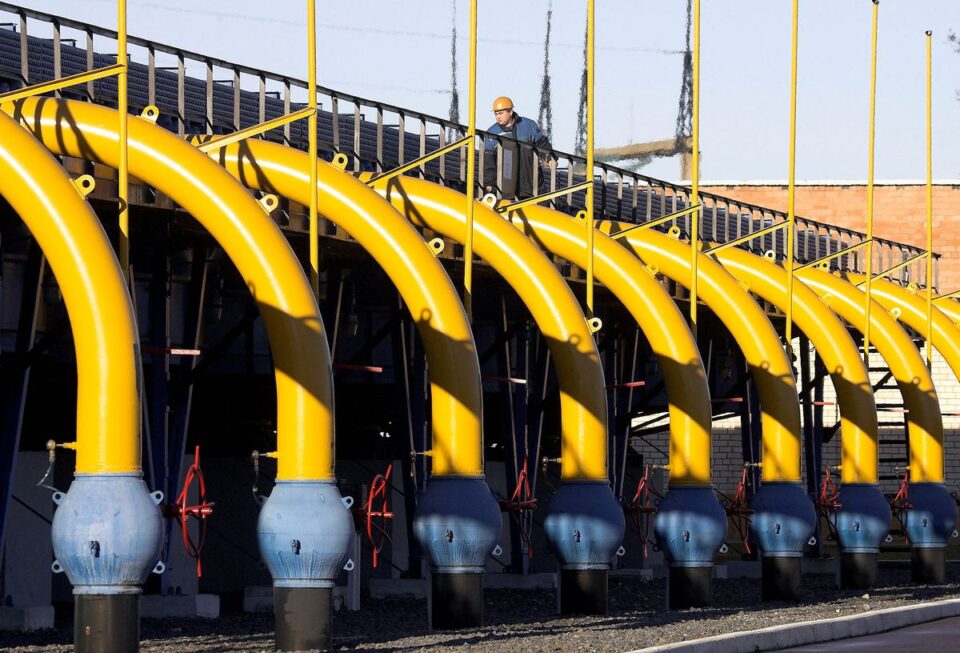 “If oil is sanctioned, the possibility that gas could also be sanctioned increases,” said Tom Marzec-Manser, ICIS head of Gas Analytics.

Europe typically imports around 40% of its gas from Russia. While physical flows through Russia’s main export pipelines remain steady, the prospect of supply being cut either due to sanctions or by Russia banning exports has sent prices spiralling to record highs.

The price had fallen back to around 290 euros/ MWh by 1230 GMT but this was still a rise of 41% compared with Friday’s close and more than 15 times higher than this time last year.

The British front-month gas contract hit a record 663.84 pence per therm, up 42% from Friday’s close, and compared with prices around 45 pence this time last year.

“It’s a combination of “scarcity” fear caused by disruption either physical or politically led, coupled with rhetoric over the weekend suggesting that oil sanctions are on the table,” said Nick Campbell, a director at consultancy Inspired Energy INSEI.L.

Not all countries get supply directly from Russia, but if countries such as Germany, the biggest consumer of Russian gas, receive less from Russia, they must replace this from elsewhere, for instance from Norway, which has a knock-on effect on available gas for other countries.

Pipeline flows of gas from Russia have remained relatively stable.

“At the weekend, gas flows through pipelines from Russia to Europe via Poland, Ukraine and Nord Stream totalled just shy of 3,000 gigawatt hours (GWh). Inflows have averaged 2,975 (GWh). per day since the beginning of March. That’s a good 30% more than the February average,” analysts at Commerzbank said.

Britain last week ordered that Russian-associated vessels be blocked from its ports while officials from some European Union countries have said the 27-country bloc is considering a ban on Russian ships.

Shipments of Russian LNG, however, are still arriving at European ports. A cargo British dock workers sought to block arriving at a British terminal eventually docked in France at the weekend. Read full story.

Russia will stop ‘in a moment’ if Ukraine meets terms – Kremlin