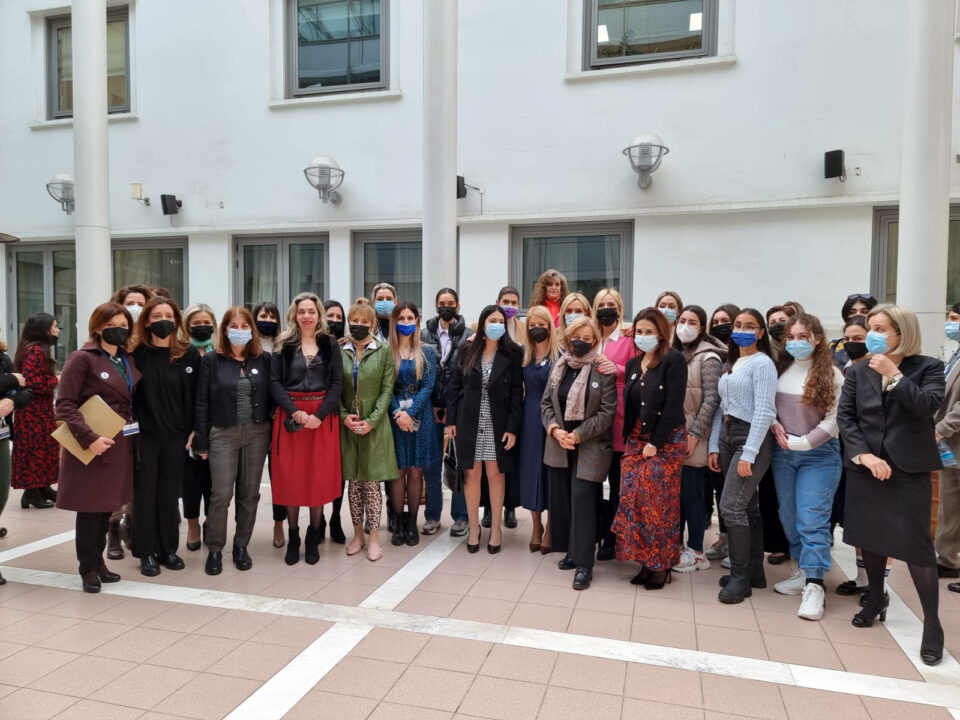 While various events were being held islandwide with statements being issued by parties, government officials and organisations focused on the adverse effects both the war in Ukraine and the pandemic have had on women.

President Nicos Anastasiades though said his government honours every woman of Cyprus – “mother, worker, fighter, in every difficult and creative journey of our homeland in time”.

Cyprus has achieved significant reduction in the pay gap in recent years, he said. From 15.6 per cent in 2012 it has decreased to 10.1 per cent. “Today’s symbolic day is a reminder of our obligation to achieve complete equality between men and women,” he added.

In her speech at a public event in Nicosia, Charalambous, the first woman to head the Akel-affiliated trade union, and a former labour minister, said the day should not be limited to declarations and wishes but must become part of the need to get rid of all forms of discrimination and exploitation, “part of the struggle for a fairer, more humane world”.

March 8, she added, brings together working men and women from all over the world and this year was being marked under the shadow of the Ukraine war and amid a two-year ongoing pandemic.

“Today, on this important day for workers, the day that we honour the struggles of generations of women and men against discrimination, for equality,” she said.

Charalambous said that according to data from the European Institute for Gender Equality published on February 11, while Cyprus ranks 8th out of 27 in the index for women’s participation in work, on the index for segregation and quality of work, the island came in 21st place.

“This means,” she pointed out, “that the woman of Cyprus work but they work on lesser terms, with unregulated forms of work, with part-time work, with fixed-term contracts, and en masse as cheap labour”.

In addition to the threat of war and the humanitarian crisis that overshadows the entire planet, gender equality had been adversely affected by the prolonged crisis resulting from the pandemic.

“Violence against women, unemployment, poverty, social exclusion, discrimination and inequalities experienced daily by women are some of the challenges that women face,” she said.

Justice Minister Stephie Dracou said the government viewed gender equality issues and measures to address them as a priority and was focused on what still needed to be done.

The minister also highlighted efforts towards preventing violence against women through the national coordinating body for the Istanbul Convention, interdisciplinary cooperation of relevant services, and in parallel with the important services offered by the recently-opened Women’s House shelter, the network of support, protection and empowerment of victims of gender-based violence will be further strengthened.

Changes have also taken place in the way the victims of sexual violence are handled by the police, and we are ready to support any effort that focuses on women victims and their rights, she said.

“For us it is not a day to celebrate, it is a day to remind ourselves how many things we still have to do,” she said.

Addressing the nine girls, the Speaker called them “our hope for the future”.