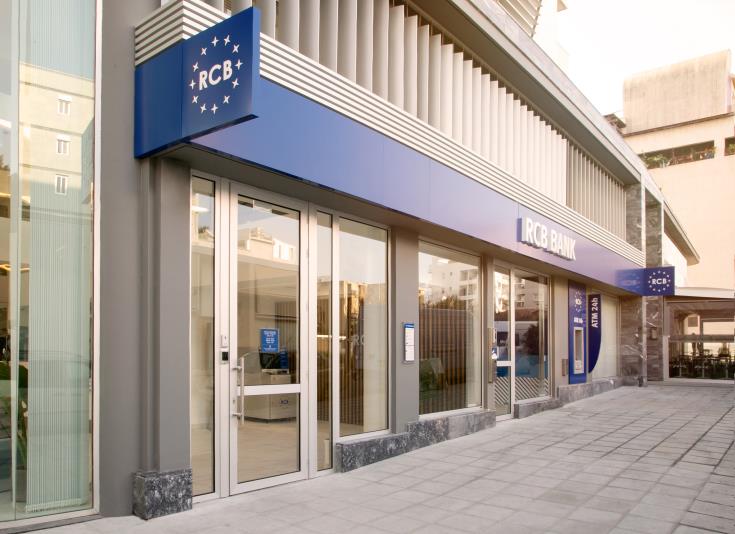 Rating agency Standard & Poor’s on Thursday downgraded RCB Bank’s long-term issuer rating from BB- to B+ and placed the bank on negative watch, citing the lack of support from Russian bank VTB, as well as the deterioration of economic activity in Russia.

VTB sold its 46.3 per cent stake in RCB to companies controlled by RCB’s management, on the day Russia invaded Ukraine, in order to protect it from financial sanctions. The management team now owns almost 100 per cent of the bank, which S&P sees as a disadvantage.

“RCB’s business prospects are likely to be affected by a reduced volume of operations, a lack of support from VTB (formerly its largest shareholder), lending and, secondarily, potential repercussions on Russian economic activity, including deposit outflows,” S&P said.

Placing the bank on negative watch “reflects our view that the potential further deterioration of the sanctions situation in Russia could have a negative impact on RCB’s financial profile,” said the agency’s report.

The agency deems that RCB has been protected through a mix of precautionary measures by selling VTB’s share to help lighten RCB’s financial profile, while RCB’s capitalisation and risk profile had been somewhat improved through the settlement of a loan in Kazakhstan which accounted for more than 30 per cent of its loan portfolio.

As a result, the agency estimates that the risk-weighted capital ratio is significantly higher than 10 per cent, while the loan portfolio is diversified, provided that there will be no additional shocks that will affect the bank.

In addition, the report notes that the bank has increased its long-term financing through the issuance of a €200 million subordinated bond and a €300 million regular term deposit (both from VTB), which can act as a buffer, helping to mitigate the possible the outflow of customer deposits.

“RCB’s business prospects and the viability of its business model will be adversely affected by the stand-alone model,” S&P said, referencing the severance of the bank’s relationship with VTB.

“Without VTB’s support for business development, the bank will have to restructure its business strategy,” it added, explaining that this will take time and may prove to be complicated due to the bank’s limited network.

At the same time, the agency pointed out that the reduced volume of loans, which fell by more than 30 per cent due to the settlement of the bank’s largest loan in January 2022, as well as the instability in market conditions, were likely to burden the bank’s profitability prospects for the next 12 to 18 months.

“RCB’s share in Cyprus is limited in relation to the two largest players (approximately 8 per cent of loans in Cyprus),” S&P said, adding that the bank’s focus on specialised areas may exacerbate any adverse effects stemming from the conflict between Ukraine and Russia.

Furthermore, the agency stated that RCB ratings may be under additional pressure “given the uncertainty from various factors”.

In addition, the bank’s ratings may come under additional pressure from the pending supervisory approval of the change to the bank’s share structure by the ECB’s Single Supervisory Mechanism. The SSM has not yet greenlighted the sale of shares by VTB.

Finally, the agency noted that it would end the negative monitoring if it has more insight into the full macroeconomic impact of sanctions against Russia and any related entities, the evolution of the geopolitical conflict, as well as a better picture of the stability of customer deposits in RCB and the pending supervisory approval of the proposed share structure changes.

Later during the day, rating agency Moody’s announced that it has put all long-term RCB ratings (including long-term deposit ratings, B1) under review for a possible downgrade, citing the increased risk associated with banks’ exposures to Russian companies.

“Moody’s expects higher credit risk associated with RCB Bank’s corporate exposures in Russia, which may affect the quality of its assets in the future,” Moody’s said.

The agency also noted that according to ECB data, 13 per cent of the bank’s total loans in June 2021, amounting to €1.9 billion, were in the Russian Federation, estimating that this ratio increases significantly if it takes into account companies registered outside Russia, as well as business connections.

Moody’s acknowledged the bank’s efforts to reduce its direct exposure to VTB, which is owned by the Russian government, recalling that in 2014 VTB’s share in RCB’s shareholding structure decreased from 60 per cent to 46.29 per cent, before the remaining shares were transferred to RCB’s management team in February.

“Given the cessation of joint ventures with VTB, however, we expect lower profitability in the next 12 to 18 months until the bank manages to reduce costs and achieve its strategic expansion,” the agency explained.