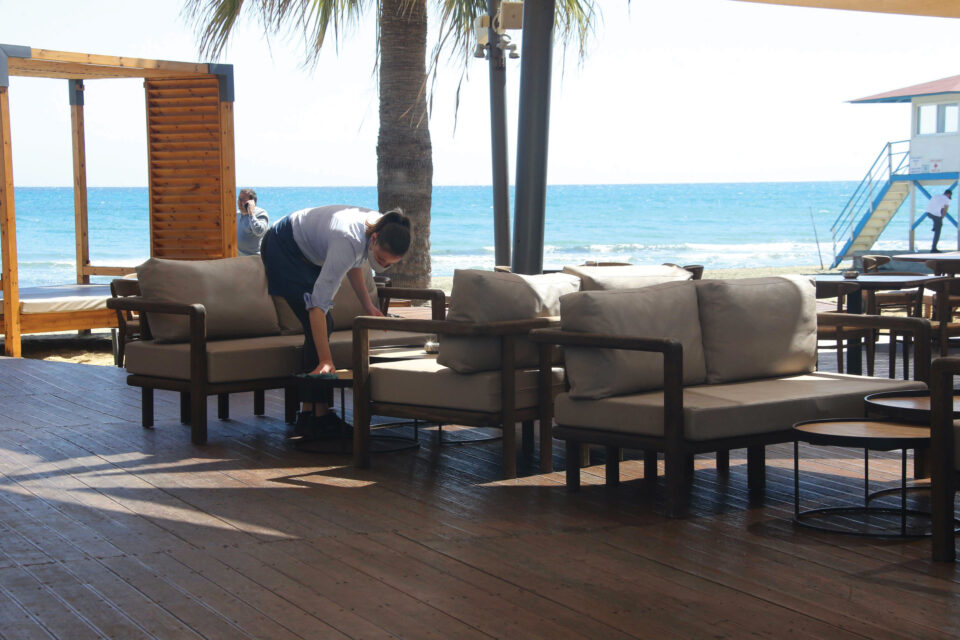 With no Russian, Ukrainian tourists, vacancies in sector will not need filling

As the tourism sector braces for pain following Russia’s invasion of Ukraine, employers and trade unions are sparring over whether Cyprus should still go ahead with initial plans to issue work permits for third country nationals to fill staff shortages in the tourism sector.

Cyprus was hoping to welcome some 800,000 tourists from Russia and Ukraine this year. Sanctions against Russia, the plunge in the rouble and the war in Ukraine has scuppered both those markets, only weeks after agreement was reached to once again allow charter flights from Russia.

Rising inflation and economic woes in Europe, as well as increased competition from other markets normally reliant on Russia, has only fanned concerns of a bleak tourism year, just as Cyprus was hoping for post-pandemic bumper season.

Against this background, Peo and Sek trade union confederations have proposed that authorities shelve any plans to bring in third country nationals to fill vacancies in the tourism sector.

Peo general secretary Sotiroulla Charalambous told CyBC radio on Thursday that given that hotels and tourism businesses, especially in the Famagusta district, are considering not even opening, it was unwise to think of bringing in extra staff.

She and Sek trade union general secretary Andreas Matsas added that there was already more availability of staff because of relaxations given to foreign students. Refugees from Ukraine could, if they want, also be allowed to join the workforce they added.

But Michalis Antoniou of the Employers and Industrialists Federation (OEV) said this discussion was on the wrong basis, since there was no intention of giving Cypriot jobs to non-Cypriots.

However, as considerable preparation was needed to bring in hotel employees, OEV wanted preliminary work permits granted, which would be activated only if there is a need for them.

The same point was made by OEV president Antonis Antoniou in a letter to the ministers of labour, finance and interior regarding the impact of the war on the economy.

“Despite the radical change to the scene because of the war, in the event, as we hope, that the situation is normalised, the tourism sector must be ready to make the best of the opportunities that are created once the extraordinary situation ends,” he said in the letter made public on Thursday.

Procedures already underway to issue work permits to third country nationals, with priority for hotels, restaurants and other businesses associated with tourism, must be completed the soonest possible.

Despite the uncertainty about incoming tourism all the required permits must be issued provisionally so that companies can make the necessary preparations. “These permits could be activated to the extent permitted by developments regarding the war,” he added.

In his letter, Antoniou called on the government to draw up support schemes modelled on those implemented during the pandemic. These should cater to businesses affected by the war in Ukraine and last as long as necessary to prevent bankruptcies. The EU should be urged to set up a new financing tool, along the lines of the Next Generation EU and the Recovery and Resilience fund as countries will find it difficult, if not impossible, to finance such support.

Antoniou also called for employment support schemes, again modelled on those implemented during the pandemic. Here emphasis should go to those tourist areas that traditionally rely on Russian visitors (Famagusta district and Paphos) as well as to Limassol, which is home to a large number of companies with business activities linked to Ukraine and Russia.

Our View: Ongoing situation with minors at Pournara is truly a disgrace

EP calls for a revoke of golden passports