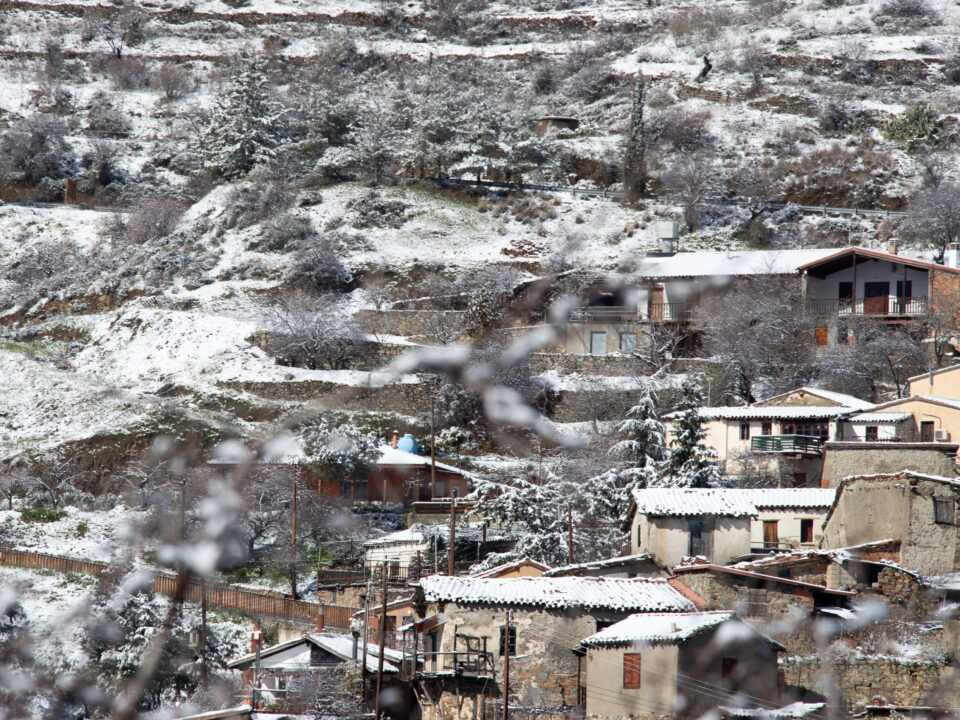 The amount of money linked to housing schemes for residents in mountain and remote communities has been tripled while criteria have been relaxed to make more communities eligible, Interior Minister Nicos Nouris said on Monday.

Speaking at the presidential palace alongside President Nicos Anastasiades and the commissioner for the development of mountain communities Costas Chambiaouris, Nouris said the government was delivering on its pledge to support the countryside and stem rural depopulation.

The schemes announced last year generated interest especially for areas bordering the green line, therefore the incentive schemes have been modified to better serve mountains and remote areas. Financing available for 2022 will be €15 million, three times the €5m made available last year.

Innovations include amending the way the altitude of each community is calculated so as to take into consideration the highest altitude of the residential area rather than that at the centre of the area. In addition, communities and areas with a population of under 50 residents will be eligible, irrespective of the altitude and distance so as to help particularly small communities.

President Anastasiades said his government was the first to push forward a national strategy to support mountain communities, with almost 200 actions either completed or under implementation over the past three years.

“We are rejuvenating rural areas,” the president said, attracting young people that choose to set up their own home in the countryside.

The government, he added, has aside more than half a billion euros for mountain communities in a seven year programme through to 2030.

As a result, the scheme is being extended to another 19 communities to cover a total of 277 rather than the previous 258, and a total population of more than 82,000.

The second scheme provides for support of up to €20,000 for families of four or more and up to €15,000 for single-person households or families of three people.

Applications for both will be accepted from April 4 to December 31, Nouris said.

The government has also increased the sum budgeted in allowances for residents of mountain and remote areas from €6.5m in 2021 to €7.5m in 2022.

Cabinet had in January approved additional aid to those living above 600m because of the harsh winter, with 19,000 beneficiaries or 8,000 households in 110 mountains communities receiving an additional €2.1m.

The 600m threshold remains but because of the change in the way the altitude is calculated another nine communities with a population of 1,880 are eligible for the scheme. These are Ayios Georgios Limassol, Trimiklini, Pottokopos, Korfi, Ora, Kritou Terra, Lysos, Kapedes and Kelokedara.

In addition, 37 more communities are moved up to a category eligible for higher assistance per household.

The second scheme for remote areas has been amended so that communities at an altitude above 700m and a distance of 30 to 39km from the closest urban centre will be eligible, allowing 24 additional communities to benefit and bringing the total to 130 with a population of 27,000.

And to support working people who may need to commute, non-retired working adults will be entitled to a benefit that will not be income linked and will range from €300 to €600 a year depending on the distance from the closest urban centre.