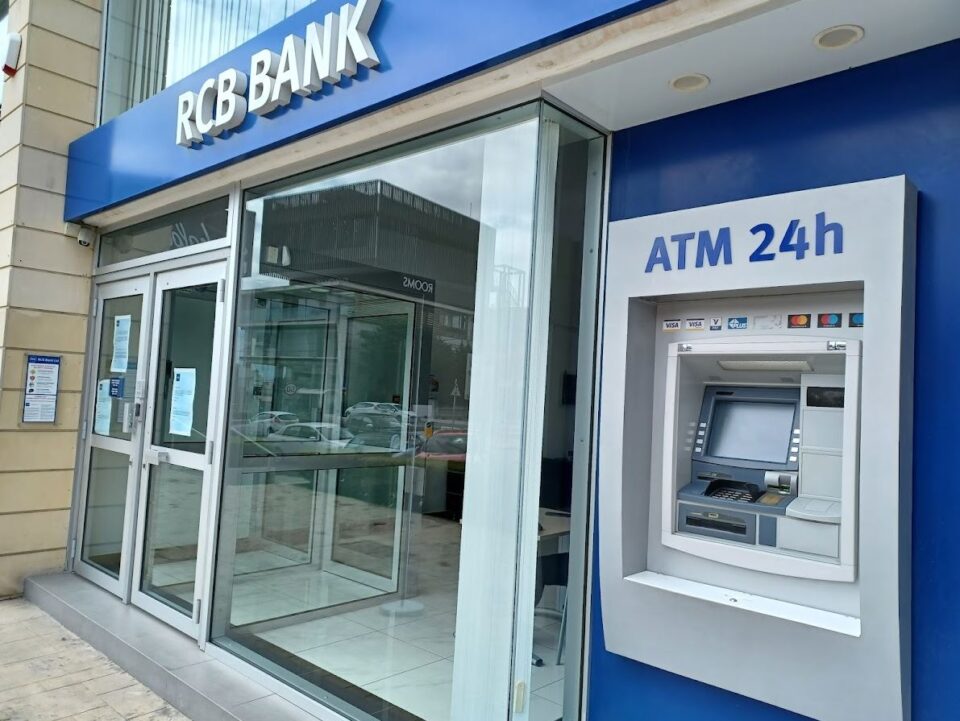 RCB Bank on Thursday announced that it will cease operating as a bank and would become an asset management company.

The bank cited the “ongoing and extremely volatile geopolitical situation” as the key reason for its transformation and adoption of a new business model, despite its ample liquidity and capital, saying that this helped to ensure the best interests of its clients.

Assurances were given that the bank’s depositors would not lose their money. “The Bank will proceed with the full repayment of all its obligations towards its clients and continue focused on the management of the remaining assets,” it said in a statement issued Thursday.

Shortly after RCB’s announcement the European Central Bank (ECB) issued a release fully endorsing the decision “to voluntarily phase out its banking operations” and offering assurances to depositors.

The ECB announcement said: “The bank’s plan, which includes full repayment of all depositors, follows the impact of geopolitical risks on its operations since the Russian invasion of Ukraine.”

The ECB decided “to appoint a temporary administrator to closely monitor RCB Bank’s liquidity position and capital position and to oversee the orderly repayment of its depositors.” The temporary administrator would not replace the current management body, but instead work with it for the orderly implementation of the bank’s voluntary phasing-out plan.

“After the bank completes its shift away from accepting deposits and granting loans, it plans to transform into a regulated asset management company, given the substantial assets on its balance sheet,” RCB said, adding that “during this transformation process, RCB Bank will continue to service its existing clients and process all requests for payments or deposit transfers to accounts with other banks, meeting any current obligations”.

The bank will stop entering into new business agreements with clients with respect to both deposits, loans or a combination of the two, while the bank will adhere to a specific timeline and process for the winding down of existing client relationships.

“This action together with the existing high levels of liquidity enables RCB to fully meet its obligations to its clients and retain sufficient liquid assets for further operations after its transformation into an asset management company,” the bank added.

Liquidity levels were boosted by the sale of a performing loan portfolio, worth €556 million to Hellenic Bank. The sale was announced on Tuesday and on Thursday the ECB said it had given its approval to this transaction.

“According to RCB Bank’s voluntary phasing-out plan, the sales operation will ensure it has enough liquidity to repay its clients’ deposits in full,” said the ECB.

RCB said that its clients will be notified and asked to transfer their operations and deposits to other banks in the following months, with clients being serviced as usual while this process is completed.

Payments and transfers will be continued to be executed by the bank in order to facilitate the aforementioned move to other banks.

Moreover, the bank said it will make payments, with the same date value, and repay deposits according to their contractual maturity or standard notice period.

The bank will imminently send letters of notice to clients for account closures, while it will also negotiate with customers whose fixed deposits have a maturity beyond June 2022, regarding the terms of early repayment with payment of the full amount of the deposit and interest for the period during which the amount was held by the Bank.

“Upon full repayment of all demands and fixed deposits, RCB is planning to transform into an asset management company, which will continue to manage its substantial loan portfolio and specialize in the provision of other services,” the bank stated.

Free upgrade of Cyta RED and FREEDOM plans from April 1

Finnair to launch direct flights from Larnaca to Helsinki next month