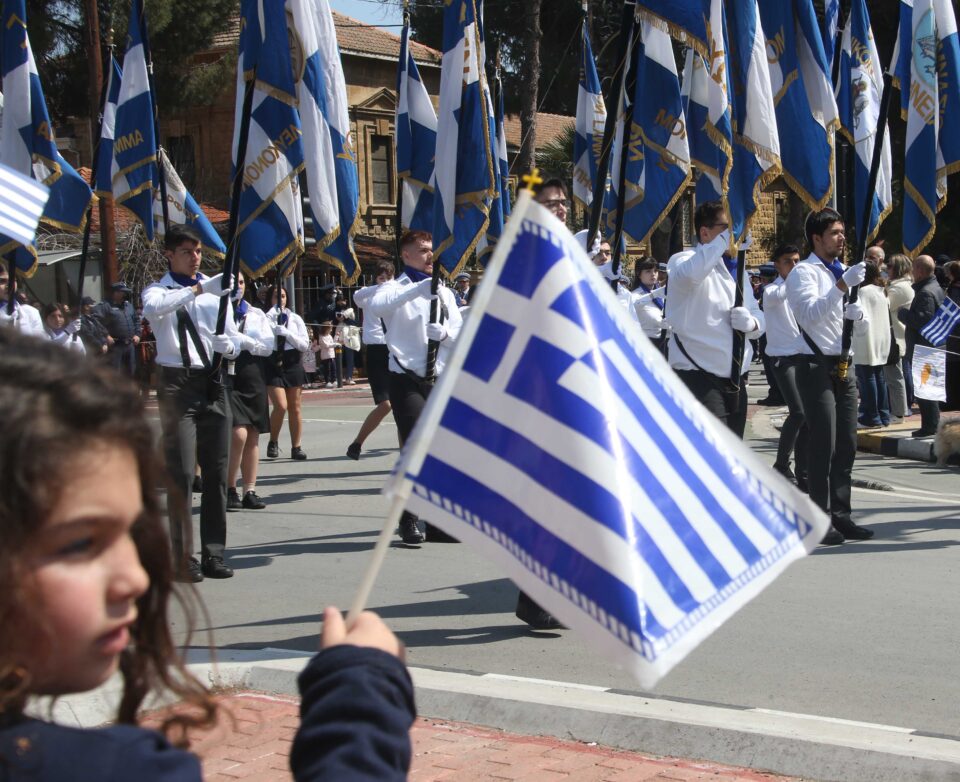 The non-resolution of Cyprus problem is a great challenge for the island but also the international community, the Greek ambassador to the Republic Ioannis Papameletiou said Friday, adding that Greece would continue to stand by Cyprus to face threats together.

Speaking in a televised message on the 201st anniversary of the Greek revolt on March 25, 1821, the ambassador said Greece will continue to advocate for Cyprus-Turkey negotiations on the basis of UN resolutions.

He added that Greece supports the efforts of President Nicos Anastasiades and the Cypriot government to put forward confidence building measures which can contribute to the creation of an appropriate climate for the resumption of talks.

Turkey and the current Turkish Cypriot leadership are making efforts to change the basis of the resolution, Papameletiou said, insisting on claims that cannot be accepted under any circumstances, such as a two-state solution.

Regarding the fenced-off city of Varosha, the Greek ambassador reminded that international legitimacy, as reflected in the relevant and binding UN Security Council resolutions and UN parameters, dictates the resolution of the Cyprus problem will be achieved through the transformation of the Republic of Cyprus into a bi-zonal, bi-communal federation with one sovereignty, one international personality and one nationality.

“Greece and Cyprus have also made it absolutely clear that there can be no agreed solution without the abolition of the anachronistic system of guarantees and the complete withdrawal of the occupying troops”, he added.

Cyprus is inspired by the Greek revolution is its struggle for freedom, said Education Minister Prodromos Prodromou on behalf of the president at the Nicosia parade, as more parades and other events were held across the government-controlled areas of the island to mark the Greek Independence Day.

The Greek Cypriot side, he said, is committed to claiming a proper peaceful solution to the Cyprus problem, for a modern European state, in which the ideal of freedom will prevail.

In her own statements, deputy government spokeswoman Niovi Parissinou said the state seeks to create conditions for the resumption of negotiations to achieve a just and viable solution to the national problem.

Despite Turkey constantly and under various pretexts rejects the prospect of dialogue, “we, as the President of the Republic has repeatedly declared, are ready to engage in the negotiation process, as defined by the UN Secretary General,” she said.

President Nicos Anastasiades, who is Brussels for the European Council meeting in Brussels tweeted on Friday that the bond between Cyprus and Greece was “sacred and enduring”.

“The flag of Cypriot fighters of 1821 will always remind us of the sacred and enduring bond between Cyprus and Greece,” he said, conveying his best wishes to all Greeks.