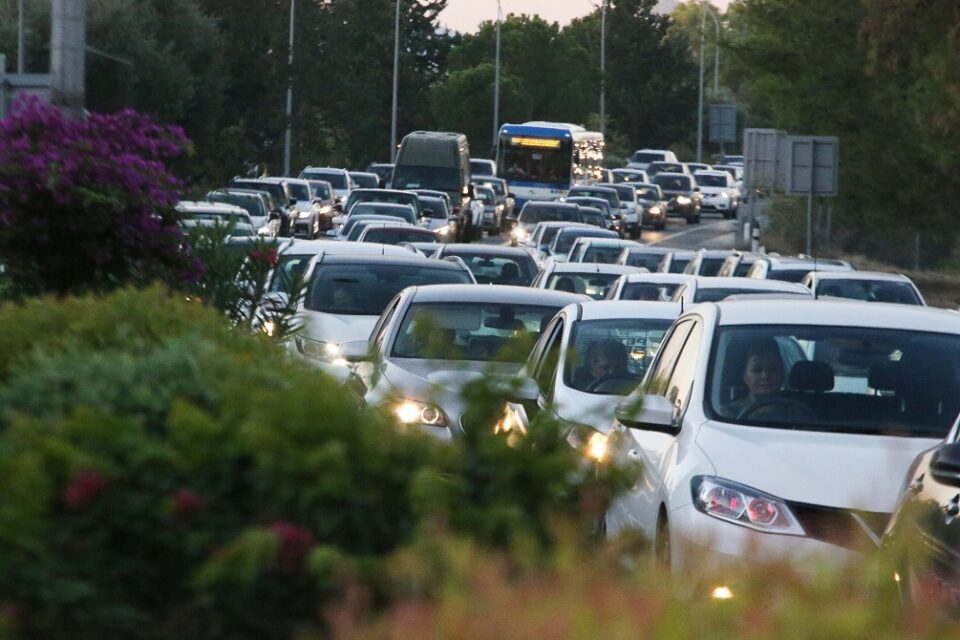 Researchers from the University of Nicosia (UNic) has found that as many as 238 people likely lost their lives in 2017 due to emissions from vehicles and heat sources.

UNic researchers simulated the pollutants in the urban centre of Nicosia during the period between January 2017 and September 2017, on an hourly basis, releasing the results of their research on Tuesday.

According to an announcement from the university, 45 per cent and 24 per cent of anthropogenic nitrogen oxides (NOx) and particulate matter (PM2.5) emissions originate from vehicles and combustion sources, respectively.

In fact, Cyprus, according to the European Environment Agency, in 2018 exhibited the second highest NOx concentration in Europe.
The Marine and Carbon Lab team (www.carbonlab.eu) used the GRAL® model to assess changes in the concentration of the pollutants and the detrimental effects these particles have on human health.

Some of the scenarios studied included banning diesel cars, increasing the share of electric vehicles, lowering the speed limit and eliminating the use of fireplaces.
The areas examined concerned the municipalities of Strovolos, Engomi, Aglandjia, Lakatamia and Nicosia. Simulations considered meteorological data and pollution measurements from the department of labour inspection as well as statistics pertaining to the speed and category of vehicles obtained from the department of public works on main roads.

During the winter months of January, February and March, pollutants were assessed in the context of domestic heating from fireplaces. In total, 21 main roads and 1,218 buildings were modelled. The results of the emission simulations in relation to the actual measurements exhibited a deviation of less than 3 per cent.
More specifically, NOx and PM2.5 concentrations within the city of Nicosia were estimated for nine different scenarios.

The biggest reduction in nitrogen oxides originated from a combination of policies such as the ban of diesel and light duty vehicles and the withdrawal of all older cars.

Such a recommendation would lead to a 70 per cent drop in NOx and, as a result, premature deaths due to nitrogen oxides would have fallen from 238 to 73, in 2017.

Concerning particulate matter, banning older vehicles would make a significant contribution by containing premature deaths by 14 per cent due to PM2.5.
In addition, the study assessed the future effects of pollutants in Cyprus by 2030.

For this purpose, it was assumed that traffic on the roads would fluctuate ± 20%, compared to 2017. In addition, four different scenarios were examined, such as banning diesel-powered vehicles or the use of fireplaces and the penetration of electric cars by 80 per cent in Cyprus.

The most important finding of the research was that even with a 20 per cent increase in road traffic, banning the use of fireplaces would reduce particulate matter by 20 per cent. With regard to nitrogen oxides, the prohibition of diesel-powered vehicles would have a greater impact than electric cars.
One of the investigation’s goals was to assess the effects heat sources and vehicle emissions had on the health of urban dwellers in the capital.

Interestingly, the most promising solution that can drastically contain the levels of particulate matter is to ban the use of fireplaces. Bold decisions are pivotal to lowering nitrogen oxides that plague the island UNic said. More incentives must also be offered to withdraw old and diesel-powered private and light duty vehicles. Besides reducing NOX levels, lowering premature deaths by 70 per cent is perhaps the strongest incentive, it said.
The results of the research, funded by the ministry of energy, trade and industry, appeared in the prestigious scientific journal Environmental Research: https://bit.ly/3I3BgA6  The study was led by Evangelos Dimitriou and Dr Constantinos Hadjistassou. More information can be found at: www.carbonlab.eu

Spring is in the air – time to forage for greens