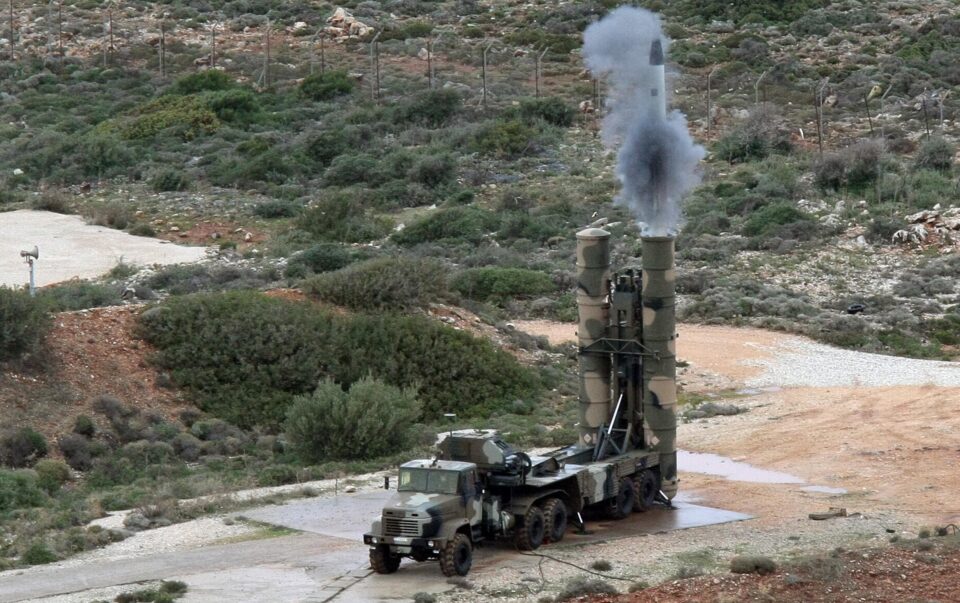 The US has requested the National Guard hand over Russian-made weapons systems to Ukraine.

The defence ministry on Monday said that it will not make any moves that would reduce the defensive deterrence of a nation which is under occupation.

Defence Minister Charalambos Petrides on Sunday confirmed the US request had been received but emphasised also that practical issues complicate matters, such as how the systems would be replaced in light of the ongoing US arms embargo against the Republic, Sigma reported on Sunday.

The minister also said that the contracts which facilitated the procurement of the Russian-made weapons systems will also have to be studied, to see whether it is even possible to proceed with handing them over to another country.

The issue came to light on Sunday when Kathimerini published a report that the US is interested in enhancing Ukraine’s attempts to combat Russia’s invasion by procuring the National Guard’s Russian-made weapons systems.

Analysts noted that the maintenance of the current Russian-made armaments may prove cumbersome for Cyprus considering the EU’s sanctions against Moscow, which Nicosia has complied with.

While the possible contribution of arms to Ukraine would likely be viewed as more symbolic than significantly tipping the scales, it would place Cyprus with historically warm ties to Moscow in the West’s camp. The Republic has already been listed as an “unfriendly” country by Moscow for its participation in EU sanctions.

Kathimerini said the US showed particular interest in the National Guard’s anti-aircraft systems, tanks and attack helicopters. It referenced the TOR/M1, the S-300 system in Crete and anti-aircraft BUK M1-2 system. The tanks are understood to be the T 80U and BMP-3, while the helicopters are of the Mi-24 class.

Later on Monday, deputy chairman of ruling Disy Harris Georgiades offered his party’s support for the move – provided that the Republic is not unduly burdened by the transfer.

He said that Disy supports providing Ukraine with all the measures of assistance available, including equipment being sent by states which have the means to do so.

“It is clear that sending equipment on the part of Cyprus is not viable without it being replaced… but if there are options for replacing part of the National Guard’s armaments, in a way that would not reduce our defensive capabilities, would not incur steep financial costs and are in line with the policy of our nation, then these options should be studied,” Georgiades said.

Main opposition party Akel on Monday called on the government to take a stance against sending military equipment to the conflict zone.

In a statement Akel reminded the government that the foreign minister had told the House foreign affairs committee on March 8 that Cyprus had ruled out sending military equipment to Ukraine.

Akel expressed direct opposition to compliance with the US request. “The involvement of Cyprus in the military confrontation in Ukraine neither contributes to peace or the end of bloodshed, nor does it protect the interests of our country” it said.

“We also note that at a time when reports indicate that the US government is making such demands, Turkey, an occupying power, has been declared a ‘peacekeeping force’ in Ukraine, despite its refusal to institute sanctions against Russia,” it added.

Akel reiterated its position that military escalation would have disastrous consequences for the people of Ukraine, Europe and the world at large.

The US in 2020 partially lifted an arms embargo against Cyprus that applies to non-lethal systems. In September last year, the US Department of State renewed for one more year the partial waiver on the arms embargo.

Cyprus had been embargoed since 1987 under the International Traffic in Arms Regulation, a US body which restricts the export of defence and military goods.