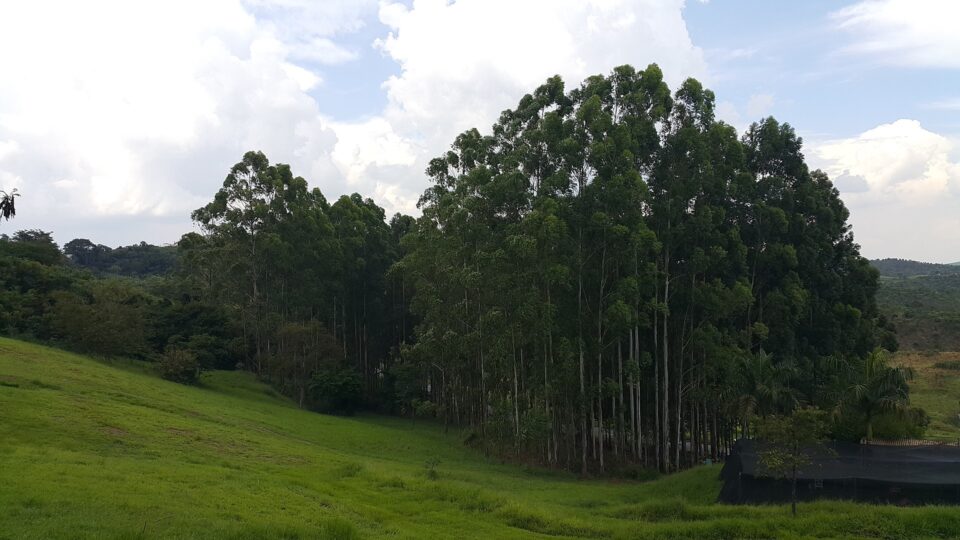 The wrong trees in the wrong places: plantations of fast-growing eucalyptus trees from Australia may not be the right solution for Africa and threaten indigenous plants

Extracting carbon dioxide from the atmosphere by planting forests and developing controversial high-tech industries will be essential to meet global goals to curb climate change, a UN report said on Monday.

The UN’s Intergovernmental Panel on Climate Change (IPCC) said the world could, in theory, halve emissions by 2030.

But it added that radical reductions in greenhouse gases would be insufficient to achieve the Paris Agreement targets to limit global warming.

In addition, it said, the world will need “carbon dioxide removal” (CDR) technologies – ranging from planting trees that soak up carbon to grow, to costly and energy-intensive technologies to suck carbon dioxide directly from the air.

“The deployment of CDR to counterbalance hard-to-abate residual emissions is unavoidable if net zero carbon dioxide or greenhouse gas emissions are to be achieved,” the IPCC said in a report on solutions to global warming, compiled by 278 authors.

The IPCC report also said CDR was an “essential element” in scenarios to limit warming to the Paris pact goals of well below 2 degrees Celsius above pre-industrial times, while pursuing efforts to limit the rise to 1.5C.

The IPCC warned that all the options for CDR have drawbacks, including even natural solutions such as planting more trees and managing soils and the oceans to soak up carbon.

Trees take years to grow and are also vulnerable to loggers, land clearance, pests, disease and a hotter climate that may threaten forests like the Amazon with more droughts and wildfires.

“Because CDR could come with new risks, getting CDR ready requires proper governance as well as innovation policy,” said Masahiro Sugiyama, an IPCC author at the University of Tokyo.

Nairobi-based Susan Chomba, of the World Resources Institute think-tank who was not among the IPCC authors, said there were still huge opportunities overall to protect and expand forests in Africa without harming food production.

“What I’m worried about is planting the wrong trees in the wrong places,” she said.

Plantations of fast-growing eucalyptus trees introduced from Australia, for example, can drain wetlands with their high demand for water and threaten the habitats of African plants and animals.

BECCS – bioenergy from carbon capture and storage – is used by power plants and factories to capture and bury carbon emissions from burning or processing wood and other crops.

But there is opposition by many environmentalists to such nascent technologies, who fear they will distract from the need for deep cuts in emissions, and will not work.

“We need to minimise our reliance on commercially unproven technologies, such as BECCS,” said Daniel Quiggin, a senior research fellow at the Chatham House think-tank in London.

He urged governments to focus on cutting demand for energy, in line with calls by European nations after Russia invaded Ukraine – by turning down thermostats, insulating homes better, and driving and flying less.

Other experts argued climate change is so severe that all technologies need to be studied.

“We really need everything,” said Jessica Strefler, a senior scientist at the Potsdam Institute for Climate Impact Research, who was not involved in the IPCC report.

“We need demand reductions, we need efficiency, we need emission reductions – and then we can offset the last 5-10 per cent” through measures like forests or technological fixes, she said.

The first large-scale BECCS plant opened in Decatur, Illinois in 2016, run by Archer-Daniels-Midland Co. It makes ethanol and syrups from corn, while capturing emissions from the process and burying them underground.

At the IPCC’s meeting, when governments voiced scepticism about CDR, researchers pointed out that some had already set mid-century goals of “net zero” emissions rather than “zero emissions”, noting “net” implies a need for carbon offsets.

DACCS plants have also started up in recent years but face drawbacks of high costs and intensive energy use.

In Iceland, Swiss firm Climeworks, for instance, opened a plant last year using industrial fans and filters to extract carbon from the air and bury it deep underground, where it turns to stone in a chemical reaction.

DACCS is complicated because carbon dioxide makes up just 0.04 per cent of the atmosphere.

Climeworks, whose clients include Microsoft, Stripe, BCG, Shopify and Swiss Re, is stepping up towards capacity of 4,000 tonnes of carbon dioxide (CO2) a year at its Iceland plant, roughly equivalent to the annual emissions of about 300 Americans.

“If we want to significantly impact and limit global warming to 1.5 degrees, we need to pull all our resources together, from drastic CO2 emission reductions to carbon removal scale-up,” Climeworks said by email when asked about the IPCC.

The technology is costly – Stripe is paying Climeworks $775 a tonne for extracting CO2 from the air. By contrast, forest carbon has historically rarely reached $10 a tonne.

In a review of the main CDR technologies, the IPCC said limiting warming to 2C could mean a cumulative 328 billion tonnes of CO2 removal by BECCS between 2020 and 2100, 252 billion tonnes via forestry and 29 billion tonnes by DACCS.

Annual global emissions of greenhouse gases in 2019 were the equivalent of 59 billion tonnes of carbon dioxide.

More broadly, Robert Watson, a former IPCC chair, said there would be hard and unpopular choices involved in an abrupt shift from fossil fuels.

Many people oppose wind turbines as eyesores, for instance.

“Do you want a few windmills to look at or … climate change where food will be more expensive, you will have more adverse health effects (and) we’ll get more floods and more droughts?”

Tempted by the celeb-approved copper hair trend? Here’s everything you need to know