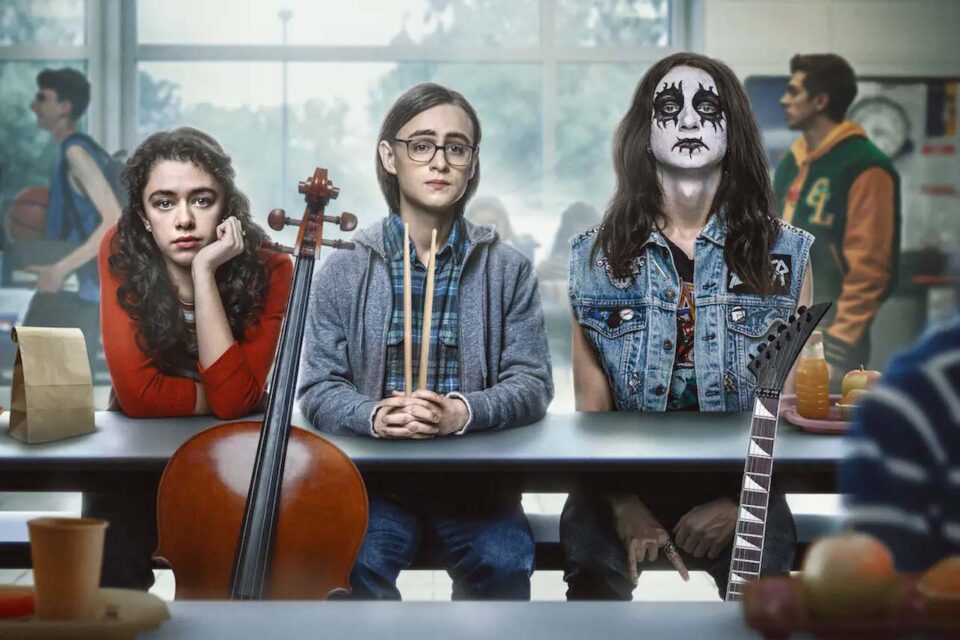 Angst ridden or a time worth singing about? CONSTANTINOS PSILLIDES looks at movies to screen set in high school

Ah, high school. A magical time where people just break into impromptu, perfectly choreographed musical acts, everyone is attractive (except that nerd girl with the glasses and the ponytail but if she lets her hair down and loses the glasses…) and every single conflict is resolved within two hours max.

What? You don’t remember any of that? Your memory of high school is angst, stress and a flurry of emotions you couldn’t voice, let alone handle? Weird, we must have gone to different schools.

Netflix’s newest release in the ‘teenagers discover themselves’ genre dropped last week and is called Metal Lords, a story about a band of outcasts who discover the wonders of metal music. Much like everyone in high school.

But what of other high school movies/series with a musical element so you can relive your glory – or horror – days of high school?

When we draw the Venn diagram for ‘high school’ and ‘music’, Glee is smack in the middle. The series was launched in 2009 and was a huge success, both because of the musical acts and the fact that they tackled taboo issues such as sexuality, race and non-traditional family relations. The show’s premise is simple: the adventures of a group of kids who all join their high school’s glee club. And that’s about it. The showrunners didn’t bother with plot so much as with executing the perfect choreography for the musical acts the show became known for.

Glee was so successful it led to record releases of cover songs and even world tours. But much like the music industry, it had its dark side: the show suffered from multiple scandals and tragedies, ranging from bizarre behaviour on set, domestic abuse allegations, the tragic death of series protagonist Corey Monteith to the suicide of another cast member who was awaiting sentencing for possession of child pornography. Separating the artist from the work is hard when it comes to Glee but it remains one of the most successful shows of the 2010s.

Sure, it’s not exactly high school (one year off) but Pitch Perfect earned its way onto our list. The film that made the loveable Anna Kendrick into a superstar, Pitch Perfect tells the story of the Bellas, an acapella group in college trying to make it in a prestigious acapella competition. Much like Glee, the plot exists for the sole purpose of taking audiences from musical act to musical act. An additional reason to watch? The always funny Rebel Wilson!

How could an actual Broadway play be missing from the list? The Prom is a film adaptation of a play by the same name and tells the story of Emma, a lesbian high school student who wanted to bring her girlfriend to the school’s prom. Shocked by her audacity, the conservative PTA decides to cancel the prom. The story makes national news and catches the interest of four washed-out Broadway and film stars played by Meryl Streep, Nicole Kidman, James Corden and Keegan-Michael Key. The four of them decide to team up and save Emma’s prom and revitalise their careers.

Shortly after the end of Game of Thrones, show runners DB Weiss and David Benioff announced they had closed a $200 million deal with Netflix to produce content. Metal Lords is the first movie that came from that deal. It tells the story of Hunter and Kevin, two childhood friends who begin to drift apart in high school due to different interests. Kevin is geeky, shy and wants to fit in while Hunter is unapologetically an outcast, a lover of heavy metal music and an aspiring guitarist. Metal music brings the two friends closer as they decide to take part in a battle of the bands competition with their band, Skullfucker! Inspired by Weiss’ time in playing in high school bands, Metal Lords is a musical dramedy that hits all the right notes.

How to choose the best wall tiles for your living space