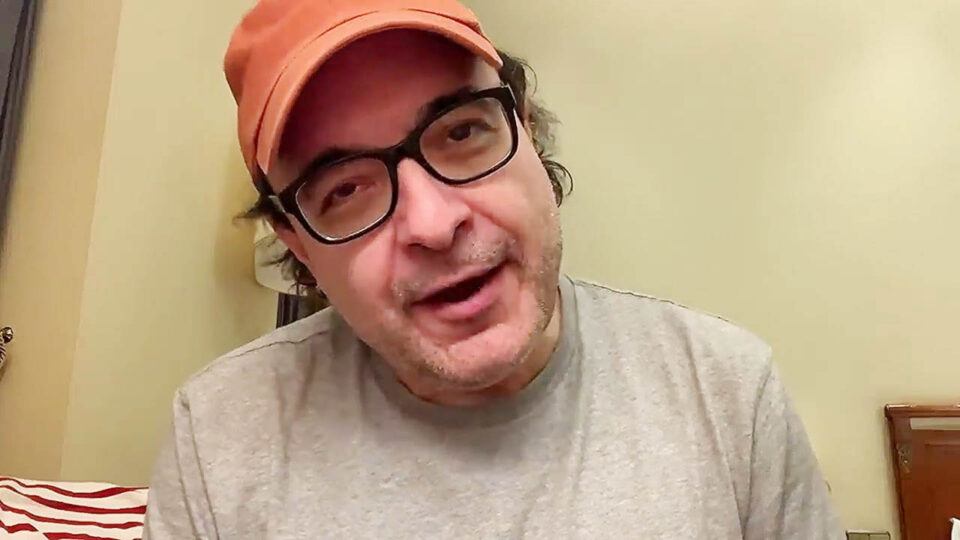 Chilean vlogger Gonzalo Lira, who went missing for a week in Kharkov, Ukraine turned up on Friday saying he was fine and thanking everyone for their concern.

“I am OK physically, a little rattled,” Lira said during a live podcast on The Duran channel on YouTube.

The citizen-journalist said he was picked up by the SBU (Ukraine’s Security Service) on April 15 – the day all contact was lost with him, with many of his followers fearing the worst.
Though the somewhat shaken Lira did not provide details, it was apparent he had been held and interrogated by the SBU.

“Thank you for your concern…there are others far more deserving than me,” said the 54-year-old, alluding to a number of people in Ukraine who have allegedly vanished.

“I am still in Kharkov, and for the time being I cannot leave. The authority here has told me that I cannot leave the city,” he added.

Lira said anything posted under his social media accounts after April 15 should be ignored, as “that wasn’t me.”

Lira’s YouTube channel has 150,000 subscribers. He is also active on Telegram.
The Chilean, who also has US citizenship by birth, has repeatedly criticised the government of President Volodymyr Zelenskiy as well as Ukrainian oligarch Ihor Kolomoyskyi. He has been described in the media as being pro-Russian and pro-Putin.

Before going missing, he had said that some action could be taken against him, such as being kidnapped by the Ukrainian SBU.

In Lira’s last tweet on March 26 he posted a number of names of well-known people listed as missing, kidnapped or dead in Ukraine, including Vlodymyr Struk, Denis Kireev, Mikhail and Aleksander Kononovich, Nestor Shufrych, Yan Taksyur, Dmitri Djangirov and Elena Berezhnaya. “If you haven’t heard from me in 12 hours, put my name on the list,” Lira said.

Earlier on Friday, and while Lira was still missing, the Cyprus Mail had contacted the Consulate of Chile in Nicosia. At the time Honorary Consul George Zachariades said he had no information on Lira’s whereabouts.

He had tried to contact the Chilean consulate in Kiev, but to no avail.

Alex Christoforou, co-host of The Duran, told the Cyprus Mail that during the seven days of silence Chilean embassies and consulates around the world had received “hundreds of thousands of calls and messages” asking about Lira’s fate.

Lira’s disappearance received scant media coverage in Europe or the United States, while being reported on in Asia, Africa and South America.

France winds up election campaign of fear and loathing