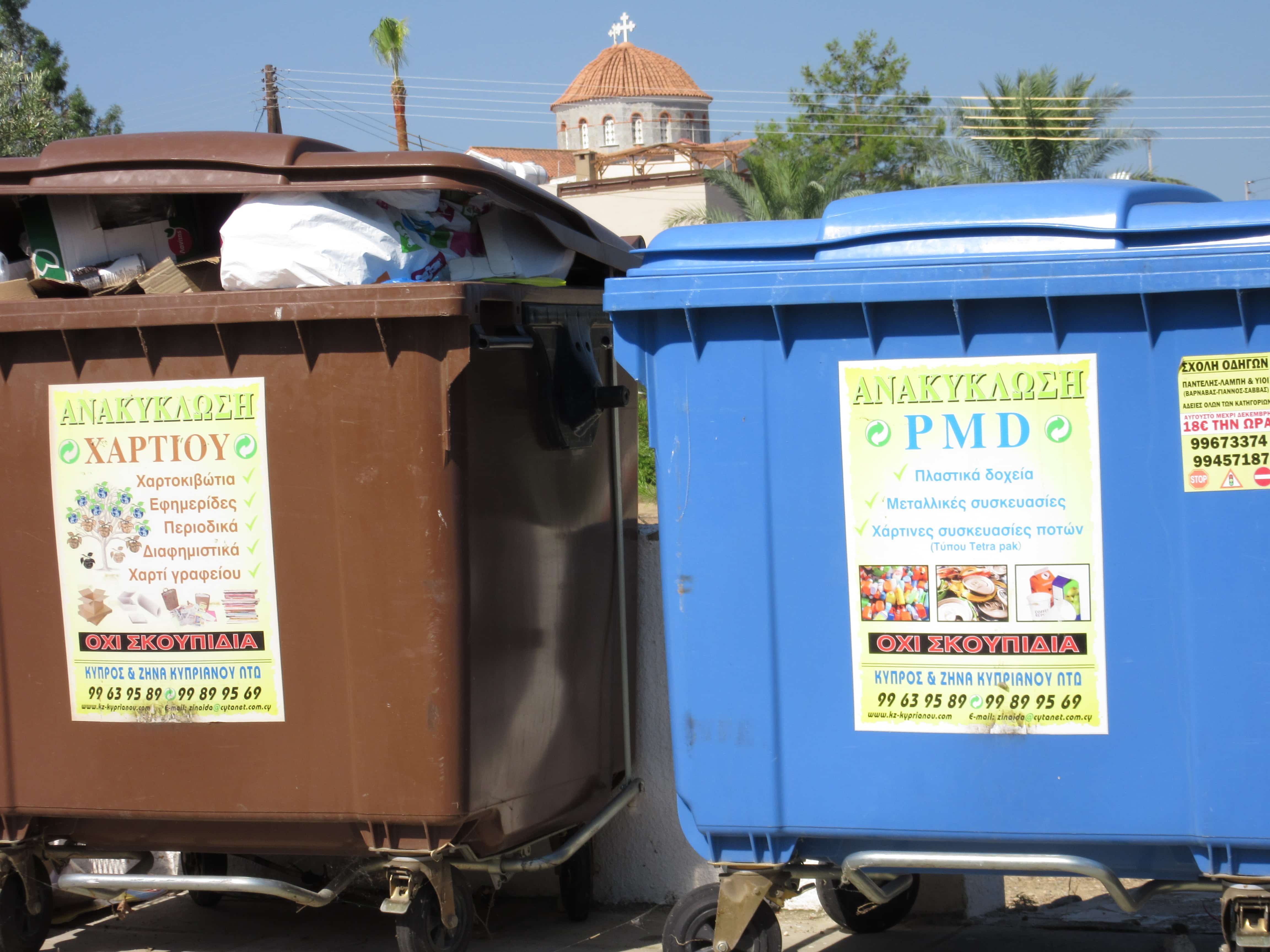 Cypriots are getting better at managing household waste, particularly when it comes to recycling, but there is room for improvement, waste management company Green Dot said on Monday.

The NGO, responsible for running most of the island’s recycling system, cited a Eurostat study published in early April, which showed Cyprus is 11th in Europe when it comes to recycling packaging waste (like PMD, paper and glass).

A whopping 88 per cent of participants in a survey by Green Dot said they recycle plastic bottles, packaging and bags at home, with 57 per cent saying they recycle glass.

In general 41 per cent of participants expressed a great interest in environmental issues, with 46 per cent saying they were moderately interested.

The NGO also published data breaking down recycling by district and municipality, which generally showed an uptick in recycling across the republic.

In Nicosia, Aglandjia municipality led the charge with an average of 64.10kg of recyclables per person for 2021, marking a 55 per cent increase from 41.40 per person in 2020.

Pera Chorio Nisou and Alambra followed, with a 7 and 16 per cent increase respectively.

In general, Nicosia residents recycled four per cent more in 2021 than they did in 2020.

This was attributed to the fact the municipality produces a high amount of glass waste because of its high concentration of hotels.

Parekklisia and Pyrgos, which came fifth with 59.56kg, only entered Green Dot’s recycling programme in November 2020.

Limassol saw a six per cent increase in its recycling rate from 2020 to 2021.

In Larnaca, Livadia municipality was in the lead with 42.83kg per person, followed by Larnaca with 39.94 and Aradippou with 33.60kg.

Paphos also saw a general increase of nine per cent. Kissonerga was in the lead with 100kg per person, followed by Tala with 66.24kg and Chlorakas with 46.72kg.

Lastly, Dherynia was in the lead for the Famagusta district with 49.43kg per person, followed by Achna with 38.29kg and Sotira with 34.28kg.

Green Dot general director Marios Vrachimis told Phileleftheros that in 2022 the organisation plans to expand its door to door recycling services to reach the six communities around Lythrodontas, the 13 communities in the Solea valley, Lympia, Pissouri, Avgorou and Paralimni municipality.

In 2023 they plan a further increase to cover Kolossi, Trachoni and Erimi.

This would mean that by the end of 2023 Green Dot would serve 90 per cent of the population, he said.

Vrachimis said that the organisation faces three key issues, the first being a lack of an institutional framework covering recycling.

This means that there are no legal requirements to sort rubbish at the source or apply a ‘pay as you throw’ scheme, “which was implemented by Aglandjia municipality with very positive results”.

At the same time, many companies fail to register on the Green Dot system which means they are not meeting their legal obligations, he said.

Lastly, he added that discussions on whether to implement a deposit return system for recyclable packaging endangers the viability of Green Dot.

A guide for managing your Bitcoin investment

Britain moves ahead with mandatory climate plans for companies