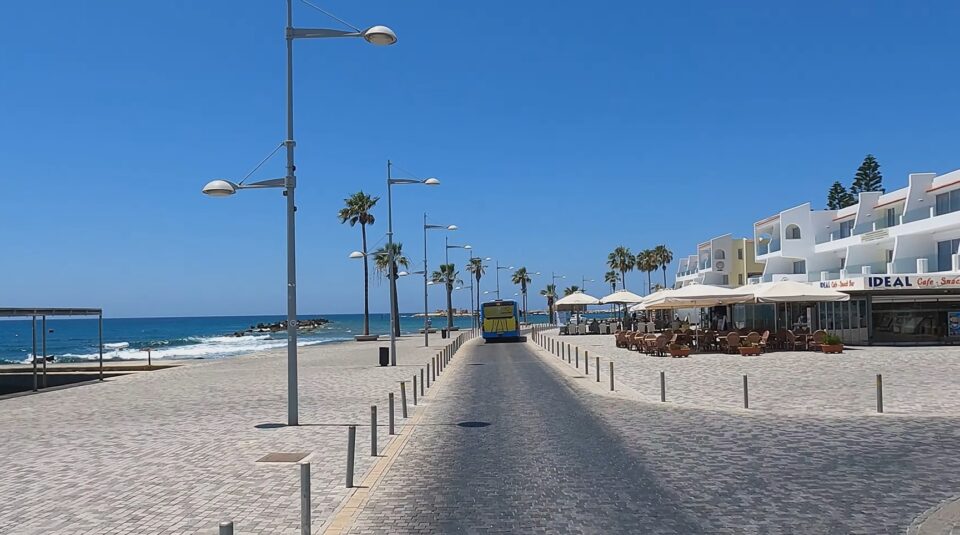 The hotel occupancy rate in the Paphos district during the Catholic and Orthodox Easter period stood at 60 per cent, according to the president of the Paphos hoteliers association (Pasyxe) Thanos Michaelides.

This represents a 10 per cent increase over the average occupancy rate throughout April.

Michaelides told the Cyprus News Agency that the Easter period saw a rise in domestic visitors, who added to the elevated arrivals from foreign markets such as the United Kingdom, Poland, Germany and Israel, among others.

The Pasyxe president also expressed his satisfaction with the arrival of British visitors during the Catholic Easter period, recording the highest occupancy date during the ten days corresponding to the holiday.

Michaelides has previously remarked that this year’s Easter period bodes well for the future, signalling a marked improvement over the previous two years, when hotels saw diminished visitors during this time, forcing them to close prematurely.

Regarding any issues faced by the association, Michaelides said that labour shortages continue to plague not just the regional hotel industry, but the entirety of the Cypriot labour market.

“There is a constant effort to find employees, however, this takes some time, both in terms of the issue of finding the staff, but also in terms of training them so that they are able to be productive in their respective hotel units,” Michaelides said.

The Pasyxe president also estimated that the problem can be mitigated with coordinated actions.

In terms of the pandemic and any ongoing consequences related to it, Michaelides said that “people are dealing with the pandemic with less stress than before, but also with a sense of responsibility”.

He added that the removal of any restrictive measures, both in Cyprus and abroad, has helped the tourism sector, since this has led to increased turnover for hotels, restaurants and other venues on the island.

Michaelides was also asked about interest from new markets and any efforts to target first-time visitors.

“Polish people have shown an interest in visiting Cyprus and some have already started to travel here,” Michaelides said.

“An effort is being made by both the Deputy Ministry of Tourism and the hoteliers to develop the tourist flow from Poland,” he added.

The association president had previously commented that aside from Poland, both the Deputy Ministry of Tourism and local tour operators were also looking at Germany, Israel and other smaller markets for new visitors.

Furthermore, Michaelides stated that “all new markets are an opportunity for all of us, not only to increase the occupancy rate, but also to reduce dependence on the English market”.

Meanwhile, Pasyxe director Philokypros Rousounides, who also spoke to the agency, said that he is hopeful that the Easter season momentum in visitors continues in the coming months.

“There has been increased movement this month, primarily in the Paphos district and rural areas, where the average occupancy rate for the month reached 50 per cent and rose to 60 per cent during Easter,” Rousounides said.

Despite the fact that occupancy rates in other districts, including Limassol and Famagusta, were lower, the Pasyxe director said that there were enough arrivals overall to mark the beginning of the tourist season.

“However, it seems that there is an influx of tourists, which is expected to grow week by week at an exponential rate, so I think it was as if we had an official start to the summer season, regardless of the weather conditions,” Rousounides explained.

Regarding the first half of the year and how it compares to the corresponding period from 2021, Rousounides said that comparisons are essentially irrelevant.

This is because last year’s pandemic situation and the restrictions imposed resulted in basically minimal tourist arrivals.

“Judging by the first half of 2021, I believe that we are at a better level,” Rousounides stated.

“We hope that this trend will continue in the coming months so that we can achieve our goal, which is none other than making the year better than the last one,” he concluded.