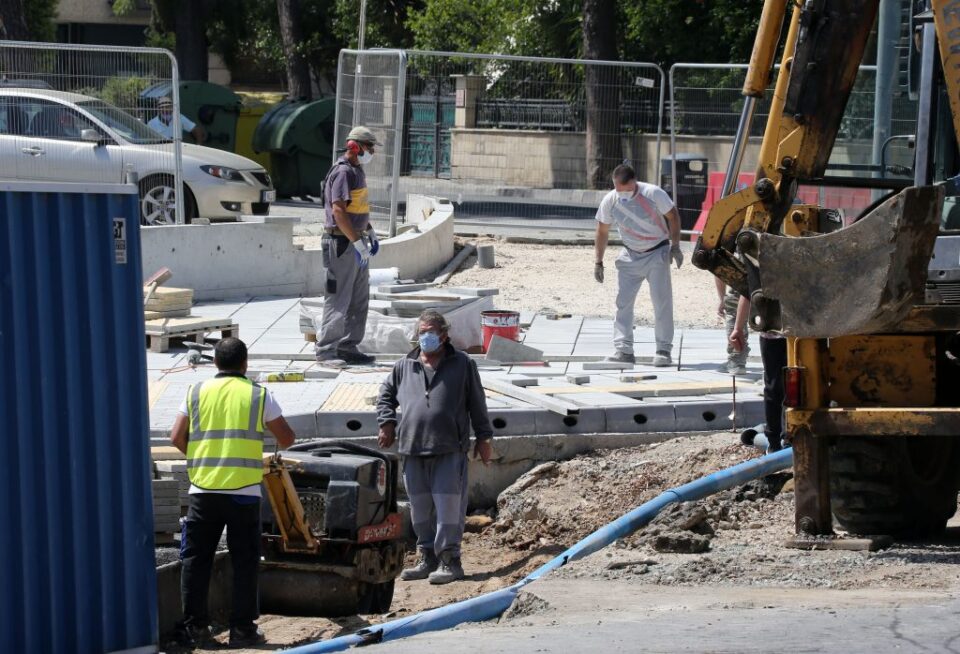 By Gina Agapiou and Antigoni Pitta

Social inequalities are becoming more pronounced, trade union Peo said in a joint statement with Turkish Cypriot labour unions ahead of international workers’ day, which is marked on May 1.

“Billions of people are struggling to survive, facing unemployment, insecurity and poverty, while high prices and inflation are further aggravating the lives of workers” the statement said, which also announced a bicommunal event to take place on labour day.

The union referred to the Russian invasion of Ukraine, saying that Cypriot workers, “who for almost fifty years have been experiencing the results of the imperialist plans of Nato and its allies,” express their support for the peoples affected by the war and demand an immediate end to the hostilities.

Under these conditions and the ongoing coronavirus pandemic, the 18th World Trade Union Congress is taking place on May 6 to 8, the trade unions said.

They added that the joint declaration aims to send the message that they will not compromise with partition of the island and reiterate the commitment to efforts for the reunification of our country.

“With the solution of the Cyprus problem and the reunification of our country, Greek Cypriot and Turkish Cypriot workers will continue our common struggles in conditions of peace and security within the framework of a united economy, with a single system of labour relations and uniform working conditions for all,” the unions said.

The statement also paid tribute to the Greek and Turkish Cypriot pioneers of the labour movement in the country saying they “opened up new roads and achieved fundamental conquests for the working class of Cyprus”.

“Whenever a war is fought, the real losers are the people,” Peo said in a separate statement. “This is something that the workers, the people of Cyprus, Greek Cypriots, Turkish Cypriots, Armenians, Maronites and Latins know very well, that for 48 years we have been experiencing the violent separation of our country and our people”.

In its statement, Peo said a combination of factors – namely the war in Ukraine, the aftermath of the coronavirus pandemic, and a rise in the cost of living – are affecting working people and low-income pensioners, younger people, and the disabled.

“We need measures and interventions that will support the vulnerable and weak, putting a stop to cheap and no-rights labour”.

To this end, Peo demanded VAT cuts across the board, the imposition of a ceiling on basic necessities, an increase in social benefits and special electricity pricing for low-income pensioners.

The union also asked for better institutional regulations that will ensure labour rights, such as the introduction of a minimum wage, which “must be done in a way that supports and strengthens collective bargaining agreements.

“It must be done in a way that ensures that every employee in Cyprus has a guaranteed hourly wage and working hours, basic benefits, overtime pay,  and a 13th salary”.

It also called for the abolition of casual and zero hour contracts which can be used to exploit workers, asking for ways to prevent the use of workers from third countries as cheap labour.

Meanwhile, Labour Minister Zeta Emilianidou in a message on Saturday said May 1 was a milestone for all workers’ struggles and for their claims to their basic rights, such as decent work, progress and prosperity.

“Labour day symbolises respect for human rights with a special emphasis on the protection of workers’ rights, social justice and a non-discriminatory society,” she said, adding that the government attaches special importance to the protection of workers’ rights and to this end had implemented and continues to implement targeted policies, Emilianidou said.

“In the immediate future, we aim to implement and enforce important policies and reforms, including the implementation of a national minimum wage, the introduction of paid parental leave, the regulation of remote working for the protection of workers’ rights and the digitisation of applications for all benefits.

“Our commitment to enforcing labour law and combating undeclared work so that all workers enjoy the institutional protection to which they are entitled is only one part of our policy to achieve the broader goal of continuously improving workers’ quality of life”.

Flowers the focus of upcoming exhibition