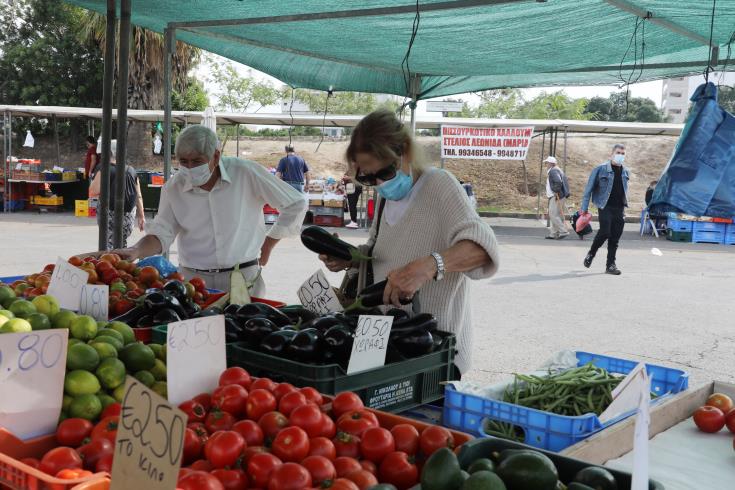 Adolfo Laurenti, Principal European Economist for multinational financial services firm Visa, earlier this week participated in an event co-hosted by the Cyprus Economic Society, as well as the Cyprus Association of Economists.

At the event, which was titled ‘Economic outlook for 2022: the return of optimism, derailed’, Laurenti provided analysis and commentary on recent developments, including the war in Ukraine and its effects on the global economy.

Regarding Russia’s invasion of Ukraine, Laurenti stressed the negative impact that this has had on global supply chains and energy markets.

“This was particularly exacerbated by the fact that Russia and Ukraine are major exporters of natural resources, including agricultural supplies and industrial products,” Laurenti said.

The Visa executive added that the war has major economic implications for supply chains, energy prices and inflation, consumer confidence, and travel.

However, Laurenti noted that “Russia, apart from energy, is not an important trading partner for most European countries, while there is some exposure of European banks in countries such as France, Italy and Austria”.

At the same time, foreign direct investment in both Russia and Ukraine continues to be negatively affected.

Regarding the high inflation currently plaguing Europe, reaching rates of between 6 to 8 per cent, Laurenti said that this remains a challenge.

“Inflation is being driven upwards by factors such as disruption of supply chains, both due to the coronavirus pandemic and geopolitical tensions in energy markets,” Laurenti said.

In terms of the inflation forecast for Europe, Laurenti said that he was somewhat more optimistic about the outlook for the United Kingdom in particular.

He acknowledged that energy prices were shocking, but said that unless they continued to rise at the same rate each month, something which he did not expect to happen, then there would be a reduction in inflation in the second quarter of 2023.

Laurenti attributed this prediction to the expectation that prices will stabilise or even start to fall by that date, at least in relation to the large increases observed throughout the current year.

In terms of the inflationary pressures stemming from supply chain disruptions, Laurenti said that there is an expectation that these will last a little while longer, but there is uncertainty as to how their exact duration.

“Inflation connected to supply chain disruptions will take longer to dissipate and will depend on how long China maintains its zero-COVID policy, as well as how long it will take for the import of components and raw materials from other countries, including from Africa and South America, to start,” Laurenti said.

However, Laurenti noted that he is less optimistic about a recovery in terms of consumption and disposable income of households, which have both been negatively affected by inflation.

“Despite the increase in savings during the pandemic, which could help the situation, these are not evenly distributed and primarily concern the most affluent households,” Laurenti said.

In terms of travel and tourism, the Visa economist said that this sector of the economy has been impacted by three key factors, namely trust, disposable income and saving.

Moreover, he noted that there is strong demand for travel at the moment and predicted that domestic destinations will continue to be popular among travellers.

“Consumers will be wary of European destinations,” Laurenti said, adding that “American travellers will return, but not the Chinese, and questions will be raised about how teleworking or returning to the office affects the travel sector”.

Finally, Laurenti stressed the importance of safeguarding the middle class on an international level, in order to overcome the current economic crisis, which started in 2020 and will likely persist until 2024.